By Mimsie Ladner on Sunday, April 15, 2012
Fusion restaurants have become quite the culinary trend in Seoul over the past few years. These dining establishments attempt to fuse various components of ethnic cuisines into one. Some have been quite successful in their attempts and have attracted loyal diners of all nationalities. Others have failed miserably, trying too hard to please the local palate, thus losing the essential flavors of the dish. I’ve eaten a lot of poorly executed fusion dishes in Korea so I’m usually a bit hesitant to seek out fusion restaurants. This past weekend, however, my uncertainties regarding fusion cuisine were proved wrong thanks to the recommendation of KoreaBites.com and the cookery of Res2Go.

Res2Go, short for Restaurant to Go, is an American-style teriyaki joint serving up appetizing meals inspired by Korean, Japanese, and American flavors. Upon arrival at their Apgujeong location (not far from beautiful Garuso-gil), I was immediately impressed. The interior was clean and modern with dark wood and metal elements. Prints of urban settings and Res2Go imagery hung neatly throughout the dining room. Even the water pitchers were sleek, adding to the contemporary appeal of the place. 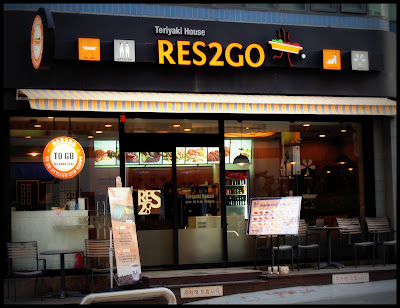 Res2Go is conveniently located in Apgujeong, just a short walk from trendy Garuso-gil and Rodeo Drive. 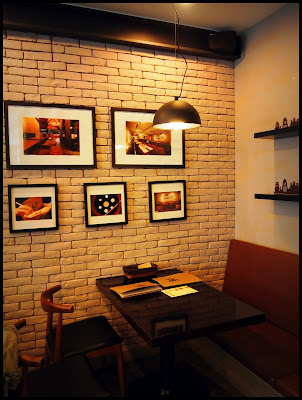 A waiter greeted my friend and I appropriately and spoke good English, which is always convenient for foreign visitors. The menu was tidy, but full of options making it difficult to make a decision on what to order. Who knew teriyaki could be used with so many different meats and seafood? As I continued to browse through the selection, I noticed that the prices were very reasonable for Western fare, especially considering the portions.

We finally settled on the beef short ribs and the chicken, knowing the latter was highly recommended on the restaurant’s website. We also ordered a side of potato wedges, onion rings, and a Coke. While waiting for our food, we noted that there were a lot of pick-up orders called in and prepared in big paper bags. It seems that Res2Go specializes in to-go orders (hence the name) and seemed to have more take-out customers than ones dining in. This is especially opportune for those living near a Res2Go branch. 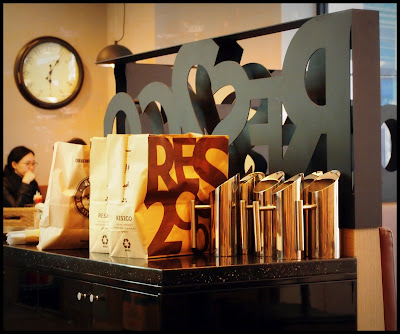 Res2Go does a good take-out business.

Our sides were brought out first and we couldn’t help but dig in, eyes big and mouths watering, before the mains arrived. My friend, who is Korean, marked that though he had tried onion rings before, these were the best he had ever eaten. I agreed. The onions were soft in a crispy, salty batter and the potato wedges were thick and well seasoned. We managed to save a few to pair them with our entrees. 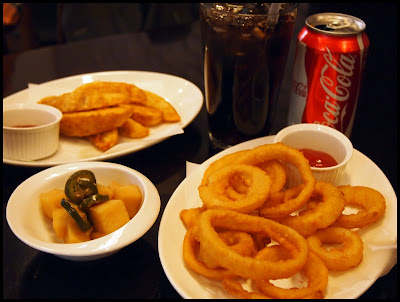 The mains were aromatic and were accompanied by steamed vegetables and two small mounds of rice. The veggies were a bit bland, but it didn’t matter as the meat more than made up for their lack of flavor. I dug right in to the short ribs and was incredibly pleased by their sweet (but not too sweet) taste. The meat came off the bones easily, which is always important for a lazy dinner like myself. While we enjoyed the ribs, the real pleasure came with the chicken dish.

Holy moly. Tender, juicy, perfectly chargrilled, and beautifully garnished with sesame seeds, the chicken was the highlight of the meal. I love chargrilled flavors to begin with, but I learned from this dish that when they are paired with teriyaki sauce, it’s a match made in culinary heaven. And could I go on about the sauce. The restaurant prides itself on its homemade teriyaki sauce so much that they even brought out an extra bottle of it, along with their house hot sauce. And yes, we added some of both, as we couldn’t get enough of the sweet, tangy goodness. 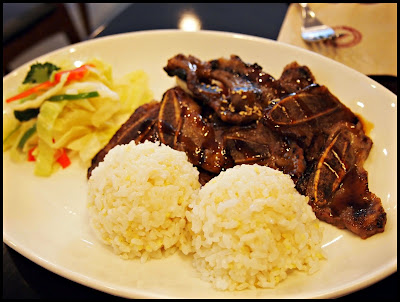 The short ribs were good, but not as good as…. 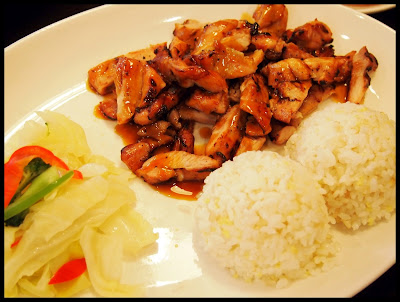 …the chicken, chargrilled to perfection!

Before we left, I took note of the montage of charming pictures hanging above our table. The four brightly colored art blocks illustrated Res2Go’s motto: stylish, equal, eco, and happy. I particularly liked the “Happy” image of a stickman lounging on the ground, relaxed with an overstuffed belly. I could empathize with the mohawked little man, as I too was feeling satisfyingly full, having experienced an evening of teriyaki bliss. 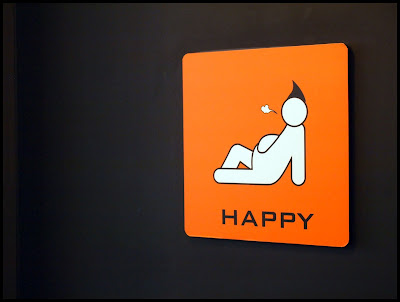 Res2Go definitely lives up to their motto.

Res2Go has five locations throughout Seoul (Apgujeong and Itaewon), Gyeonggi-do, and Incheon. For maps and menus, check out their website or their Facebook page.

Don’t forget to visit KoreaBites.com for more information on the best restaurants in Seoul. Happy eating!

** Please note that this post was sponsored by KoreaBites.com and Res2Go but the opinions are, of course, my own.