By Mimsie Ladner on Friday, January 16, 2015
As tourism continues to grow here in Seoul, so do the reasons for it. In the recent past, tourists from all corners of the globe have made the trek to Korea to experience its traditional and pop culture, delicious food and fantastic shopping facilities. But over the past year or so, more and more international couples are making their way to the Korean capital to say their vows.

Attracted by the sophisticated styles and romantic surroundings portrayed in Korean films and dramas, love birds throughout Asia, and even as far as the Americas, are deciding to say, “I do” in the swanky wedding halls and hotel ballrooms of the Korean capital. 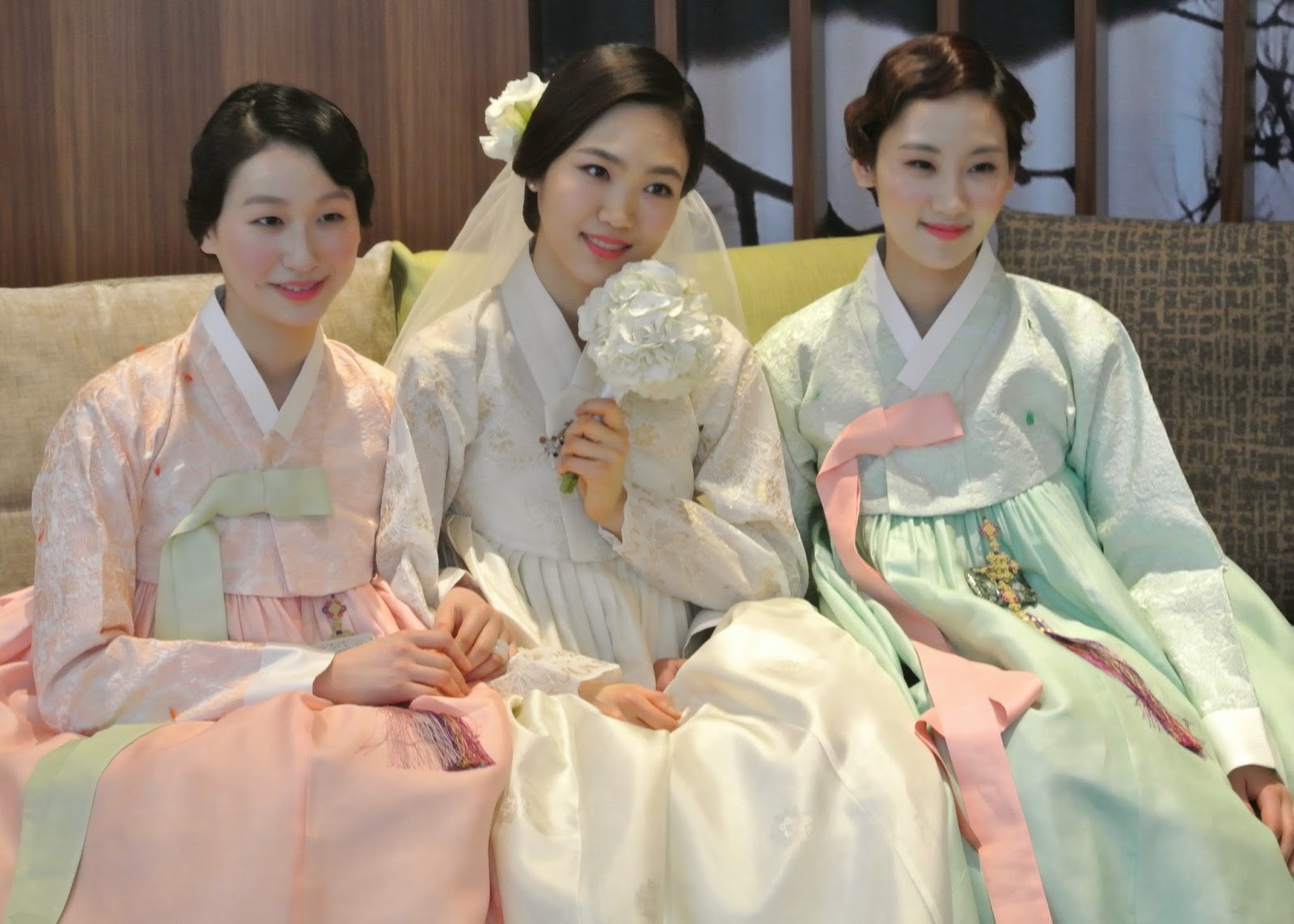 And to show off to the public just how splendid the hotel’s weddings are, the Conrad held a wedding show earlier this month. Under the concept “Design Your Modern Heritage Wedding,” the show’s aim was to introduce a new style of hotel wedding, reinterpreting a traditional wedding in a modern context. 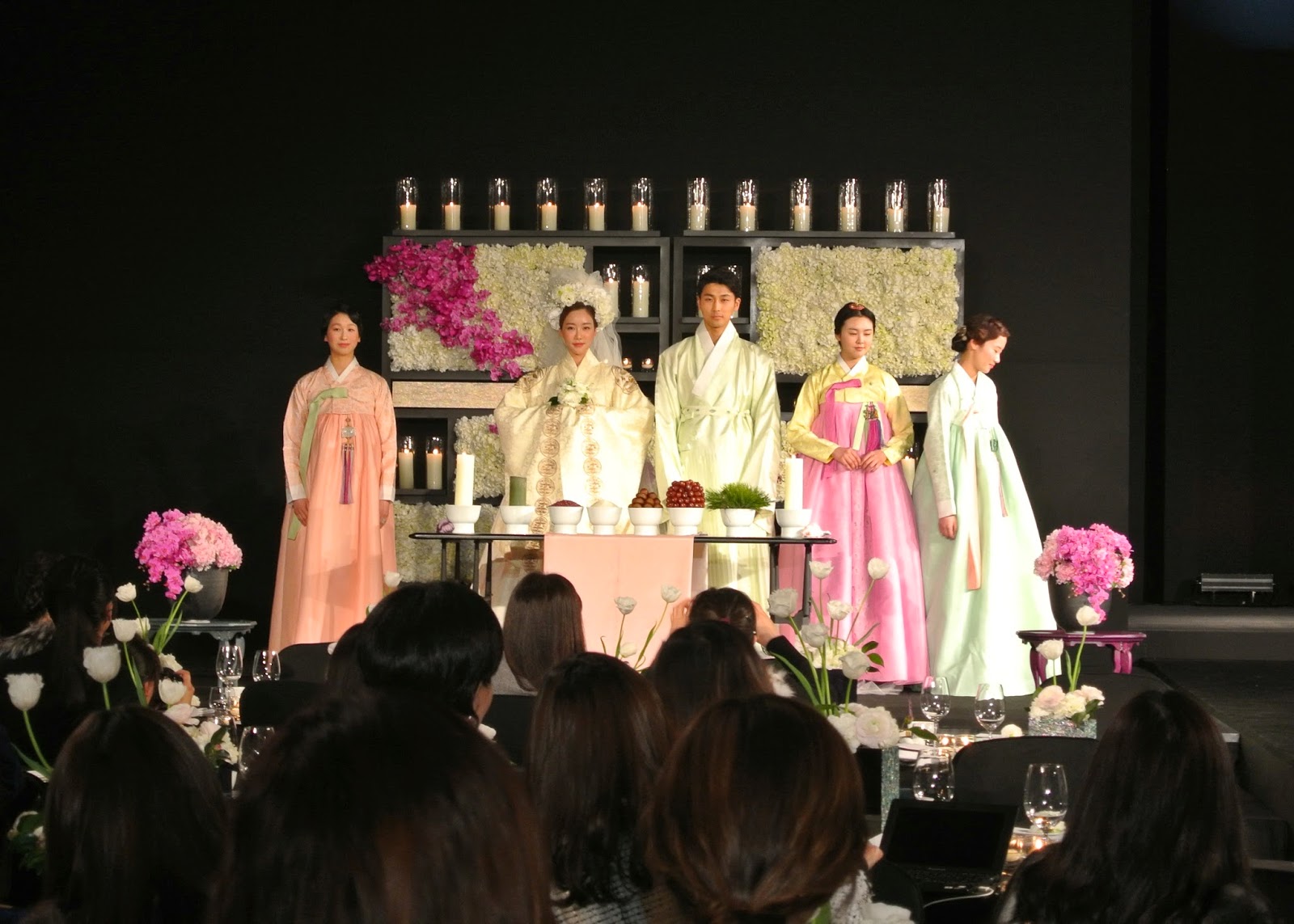 The show began with a powerful traditional musical performance, which was followed by a hanbok (traditional Korean dress) fashion show that featured stunning designs by Lee Il Soon (of Kumdanze Hanbok). The flowing pastel silks embroidered with intricate designs captured the essence of Korea, all the while maintaining a very modern feel with atypical accessories (think towering head pieces made of flowers) and the chic struts of the models who donned them. 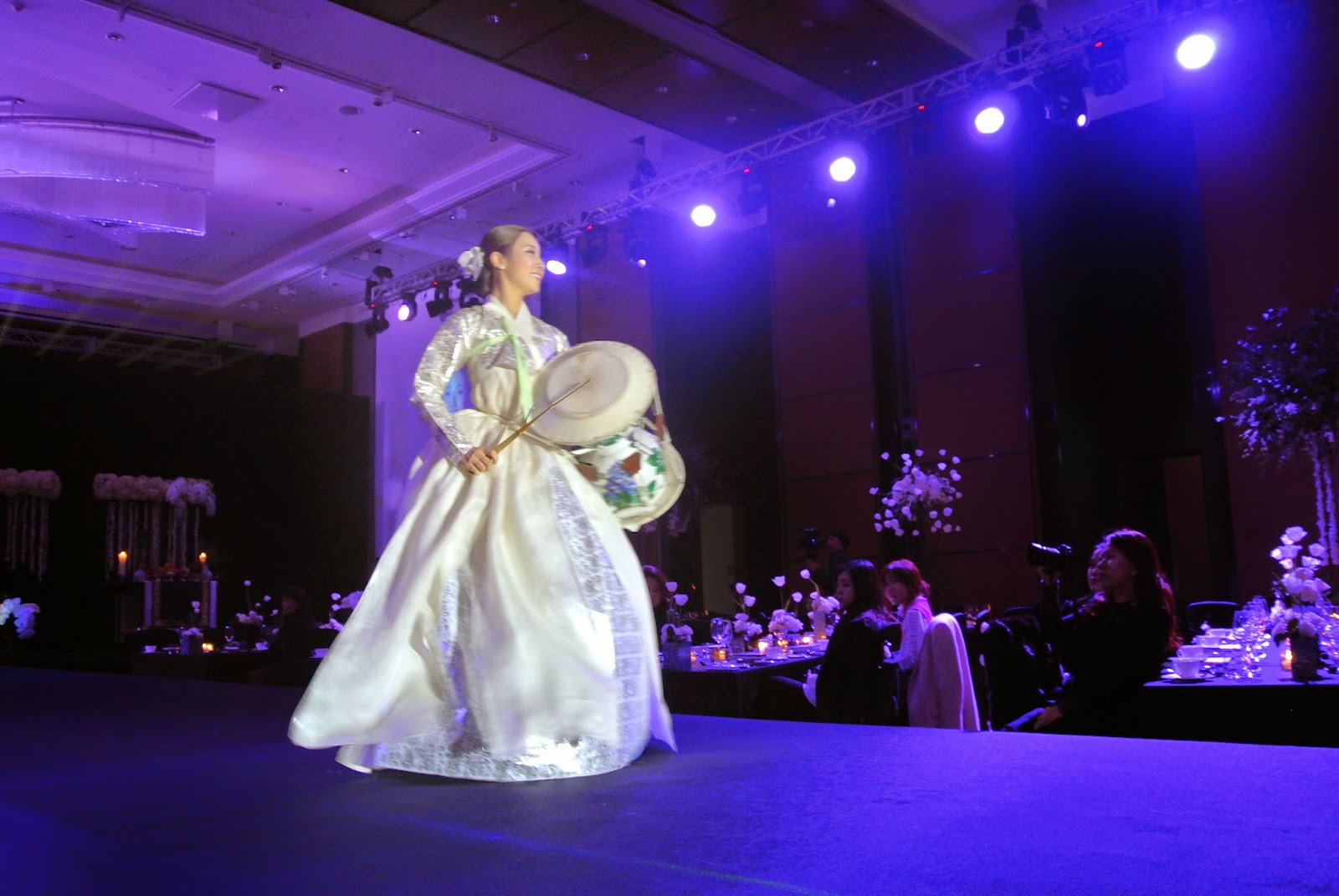 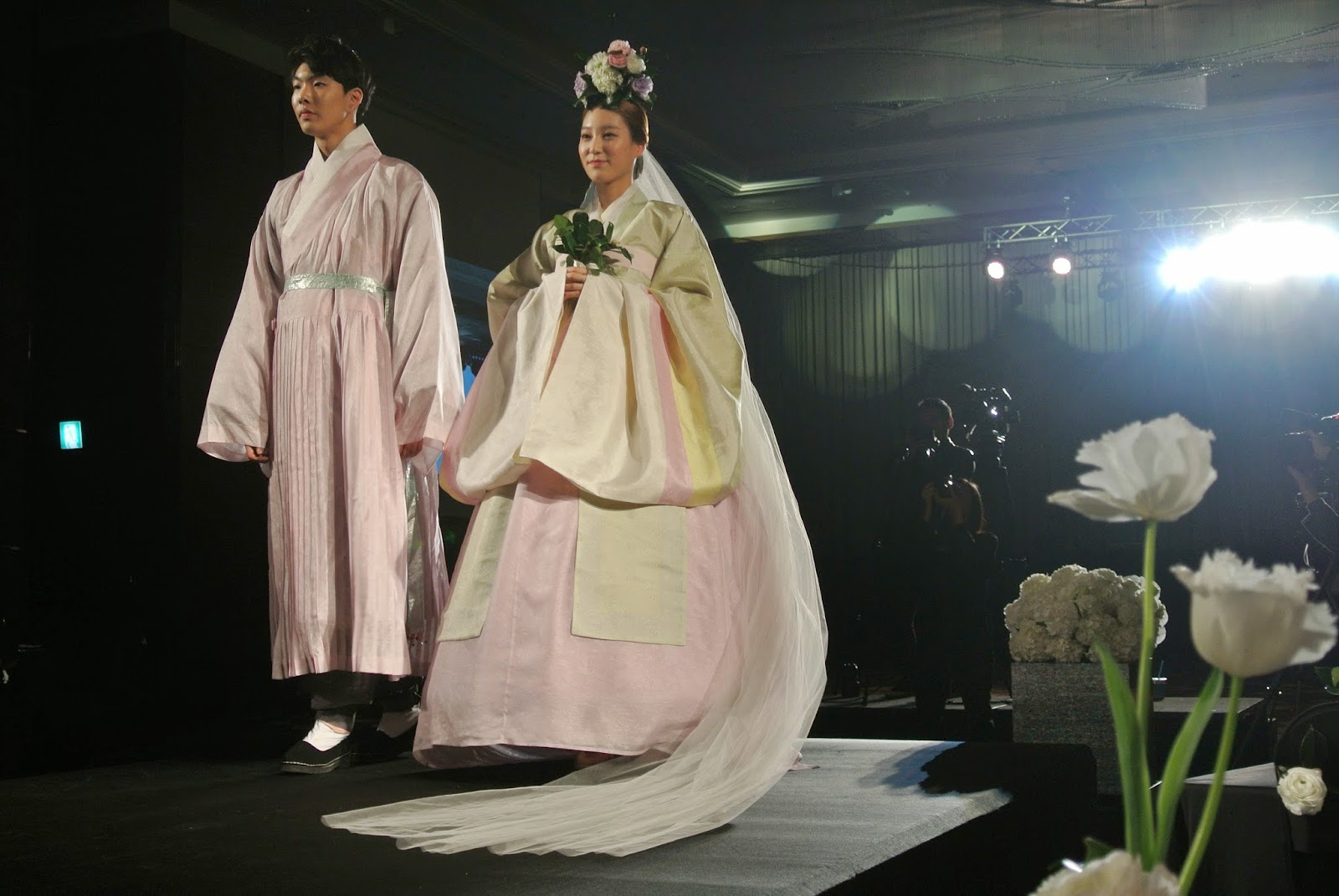 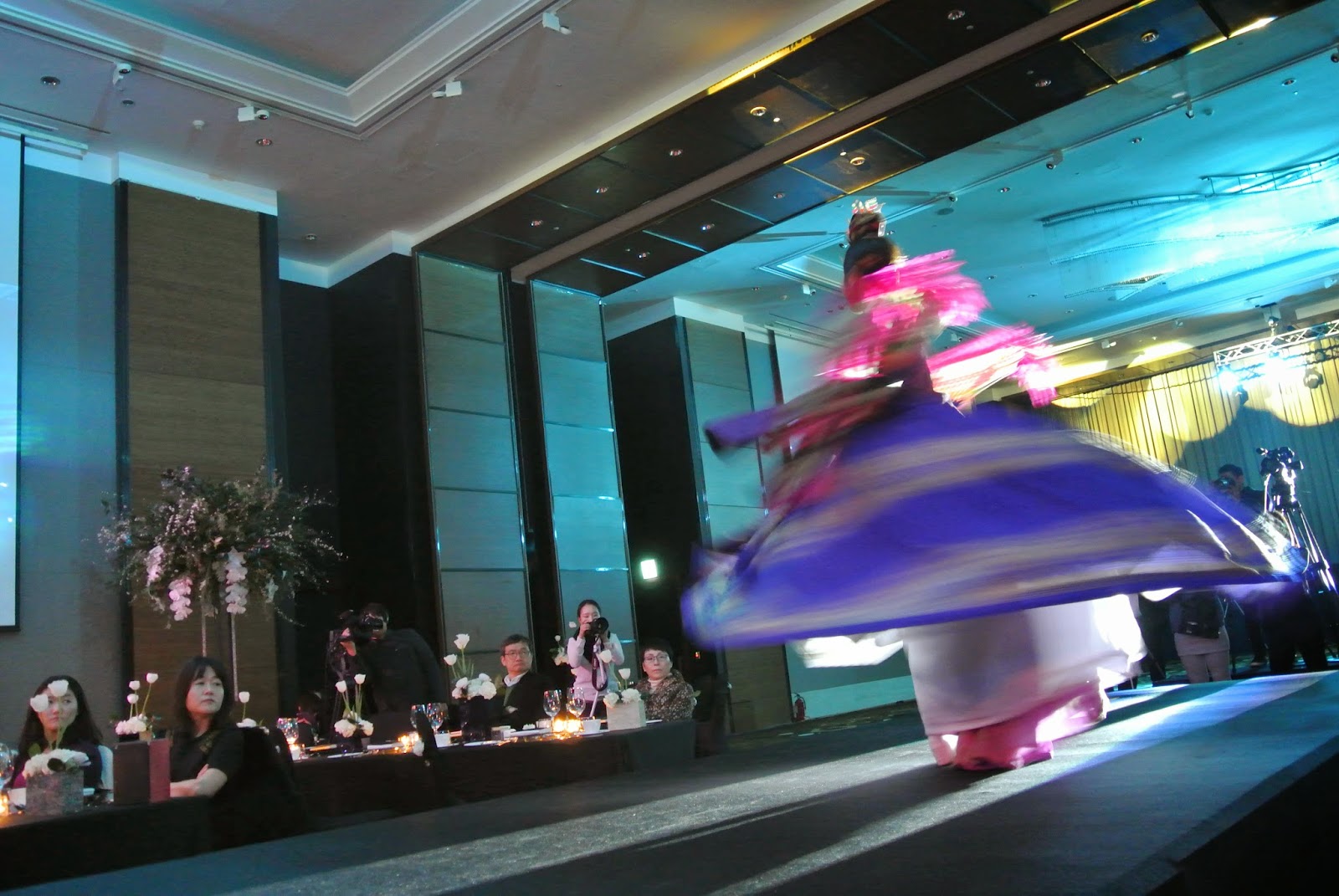 Attendees could only imagine how stunning a bride might look walking along the same stage, which was lined by hundreds of tea lights and fragrant arrangements of white tulips and peonies — symbols of love and marriage in Korea — by Helena Flower, one of the top florists in the biz.

Much attention to detail was paid to the decoration of each ballroom, of which the hotel has two dedicated to larger weddings. The smaller of the two was even more intimate and romantic than the larger one where the wedding show was held. And because Korean weddings of the past were usually held outdoors, much greenery is incorporated into the stage to create a similar effect. 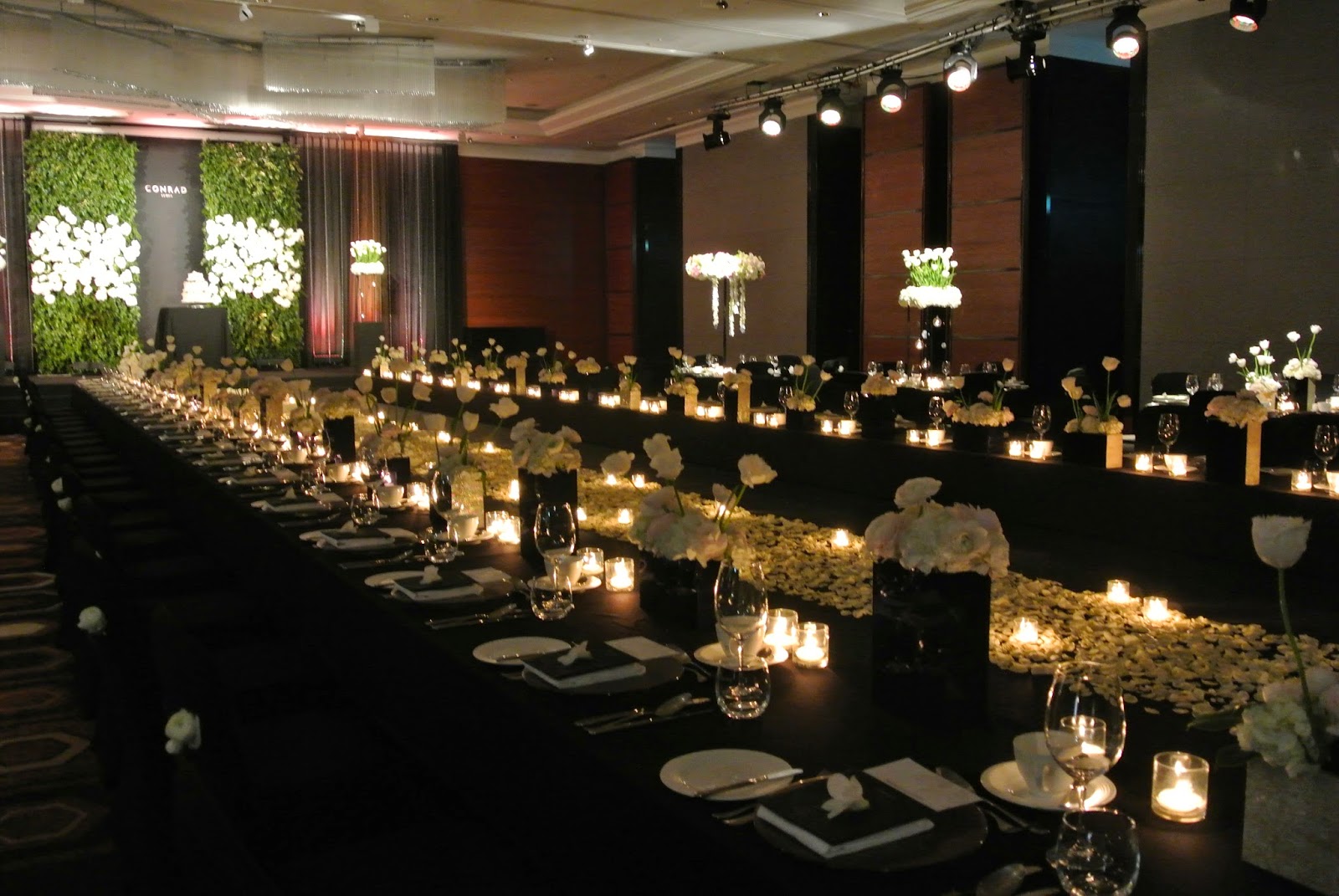 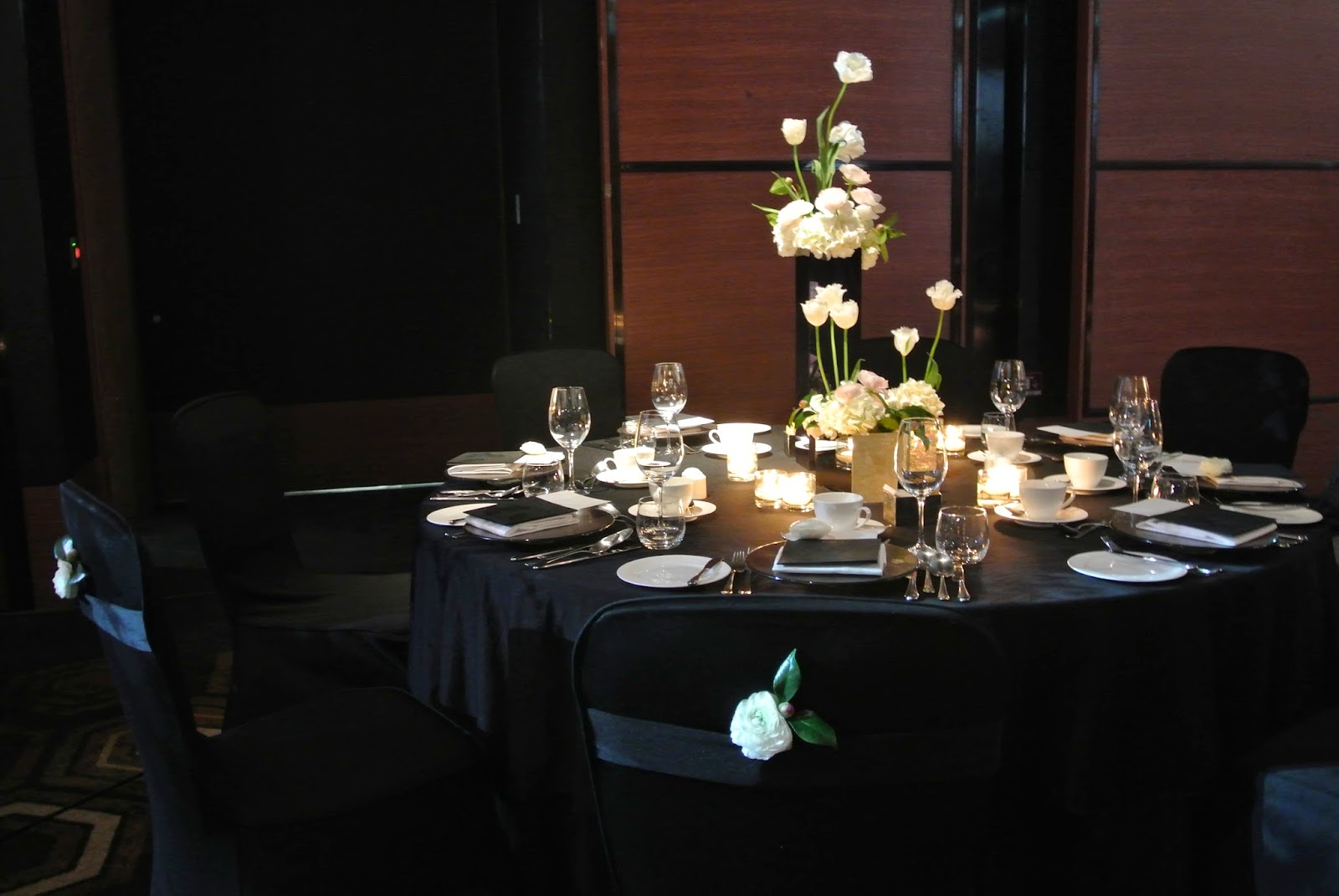 While guests dined at the show’s standing buffet, rather than partaking in the sit-down dinner that usual wedding attendees experience, the food was a great indication of the quality of the hotel’s catered cuisine. Antipasto skewers, cheeseburger sliders and tea sandwiches were served alongside a selection of dainty fruit tarts and mini cakes. 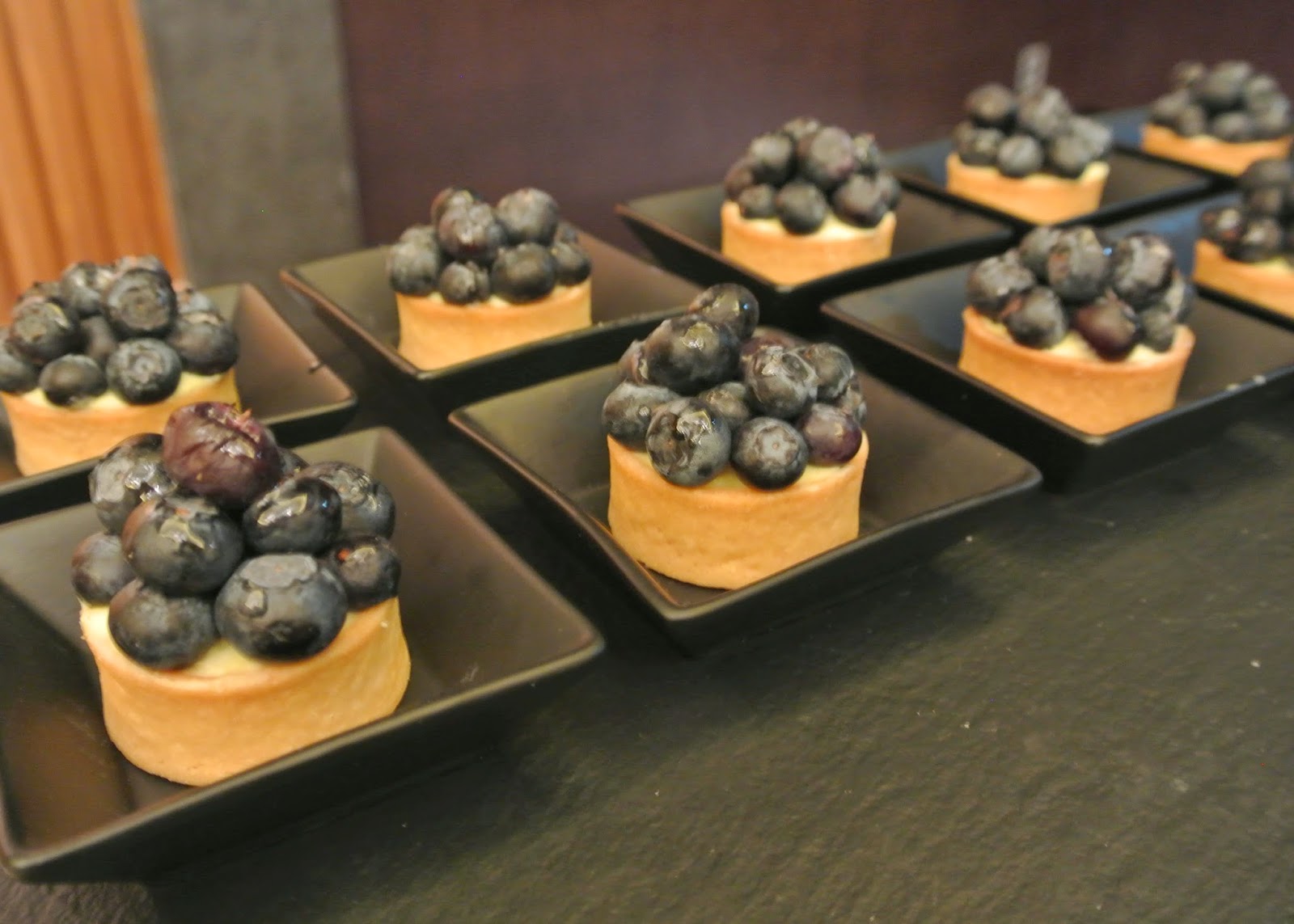 Lest it be left out that the hotel itself exudes luxury and service, musts for any memorable Korean wedding. With stunning facilities, partnerships with Seoul’s top florists and designers, and English-speaking consultants, Conrad Seoul is the perfect location for any couple seeking a classy, cosmopolitan venue to tie the knot. 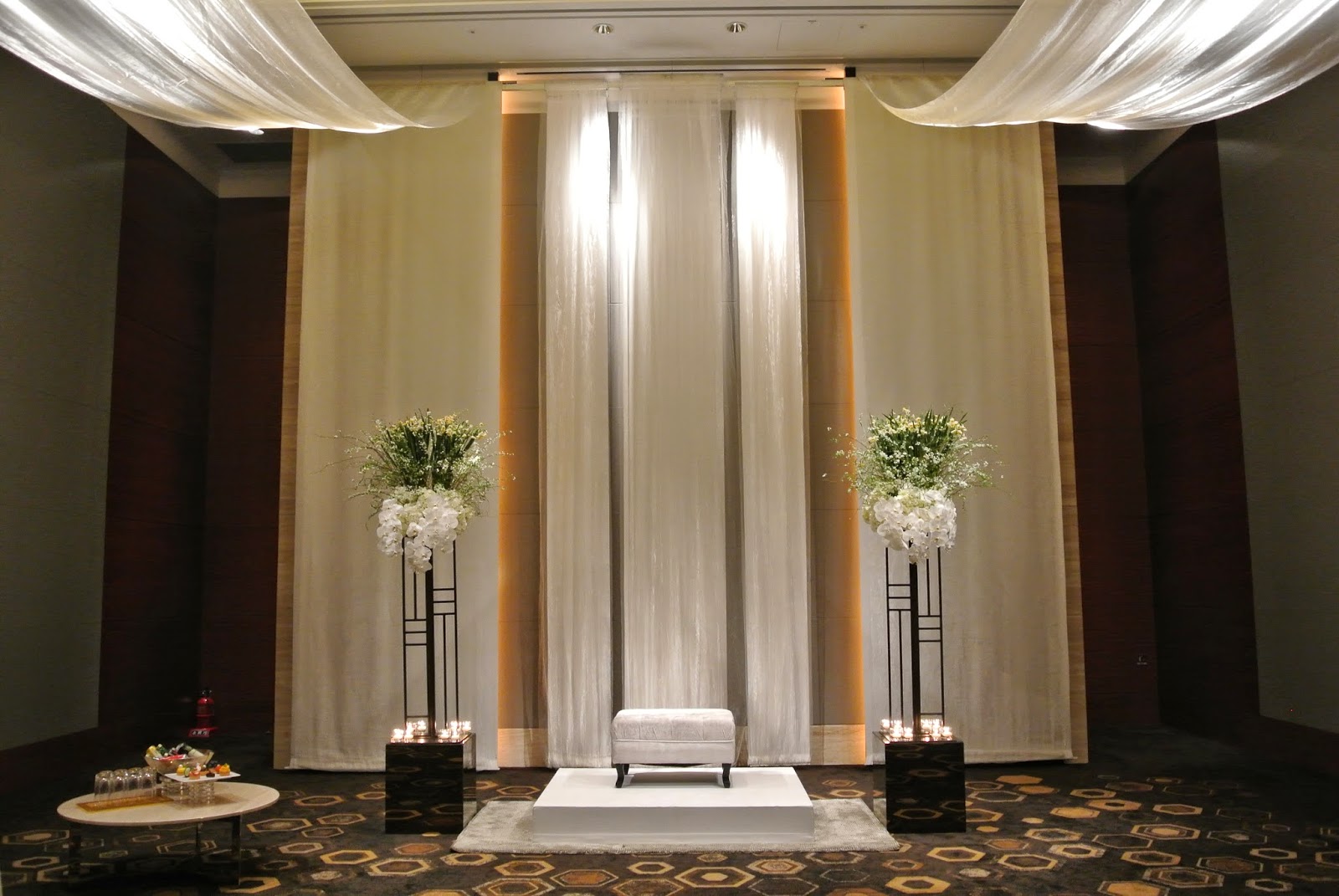 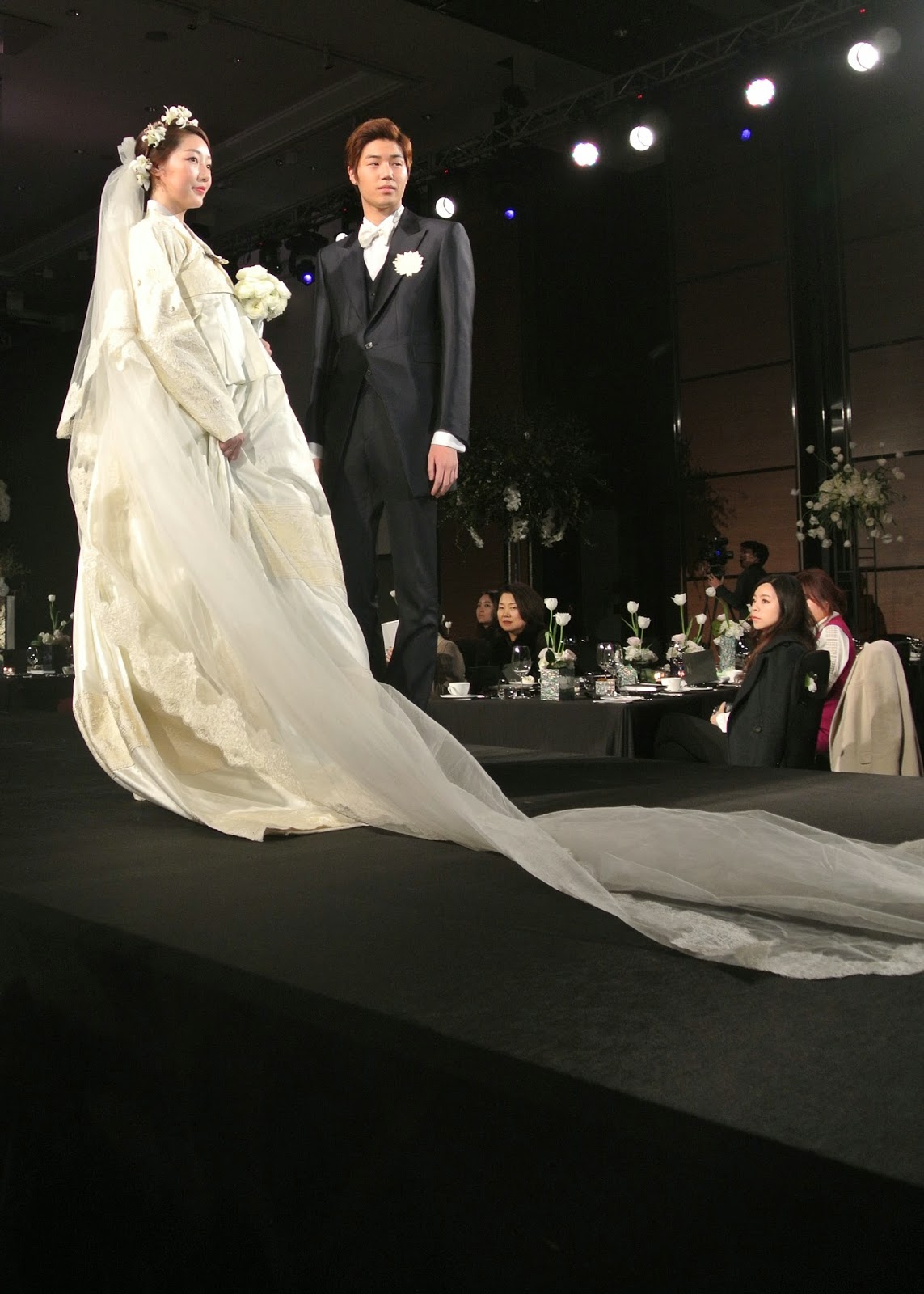 For more information on Conrad Seoul’s wedding packages, visit their website. To learn more about Conrad Seoul’s guest rooms and facilities, check out my personal review.