By Mimsie Ladner on Wednesday, November 11, 2015
South Korea’s English and Chinese radio station tbs eFM (101.3Mhz) will hold an annual concert on Tuesday, December 1, 2015 to mark its seventh anniversary. This year’s concert theme will be gugak, traditional Korean music, and will be performed under the title “Seven Colors of Gugak.”

Admission is free, but tickets must be reserved beforehand. To request tickets, visit tbs eFM’s website and register by November 25.

Up to four tickets are allotted per person and guests must be at least 15 years of age to attend. 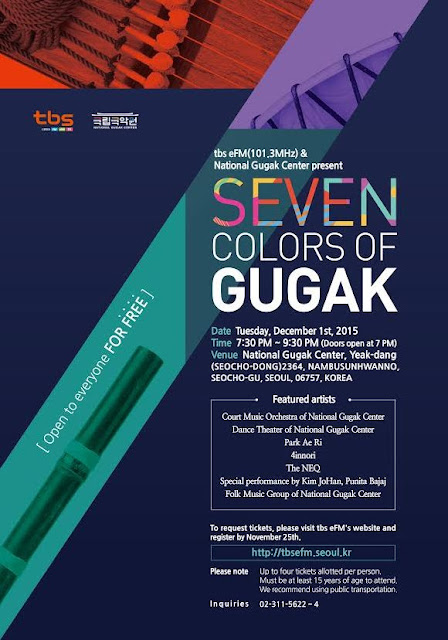