Home for the Holidays: A Southern Christmas

By Mimsie Ladner on Friday, January 20, 2012
Christmas is a holiday that has always been widely celebrated, but it seems that only recently have many countries started to celebrate it on the same scale as we do in the West. The concepts of a commercialized Christmas are even starting to pop up in predominately Muslim nations like Turkey. It’s interesting to witness how other people celebrate the holiday. So, considering many of the readers of this blog are located outside of the States, I thought I’d share some of the traditions my family and I partake in and give some insight as to how Americans celebrate the holidays.

One of the first things I did when I arrived back home was decorate the Christmas tree with my mom and dad. Some people have a theme or a certain color scheme to their trees but not our family. Ours is a display of various ornaments collected over the years. My mom started a new tradition of purchasing ornaments that symbolize all the countries I’ve gone to. They were a nice addition to the tree. The finished project was quite pretty. 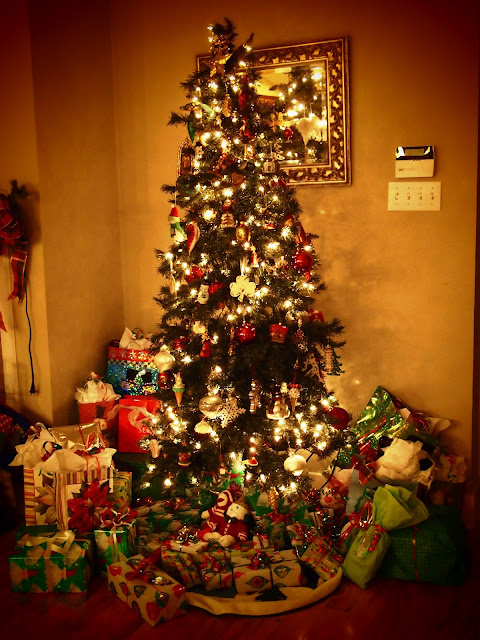 Santa did good this year at our house.

I’ve found that many countries, including Korea, put a lot of effort into decorating for the holidays, but America takes it to a whole new level. It’s always been fun going to the nice hotels in New Orleans or the coast casinos to walk around and admire the décor. This year, the Beau Rivage casino did a nice job with their holiday displays, including a collection of oversized ornaments and an extra large gingerbread village. They also put on a performance called, Spirit of Christmas which reminded me of Radio City Music Hall’s Christmas Spectacular. There were a lot of glitzy costumes, high-kicking girls, fun carols, and comical Santa antics. It was a great way to get into the Christmas spirit. 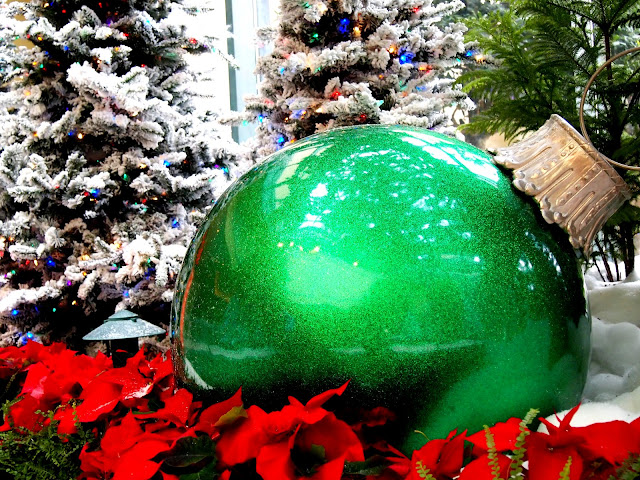 Christmas decor at the Beau Rivage 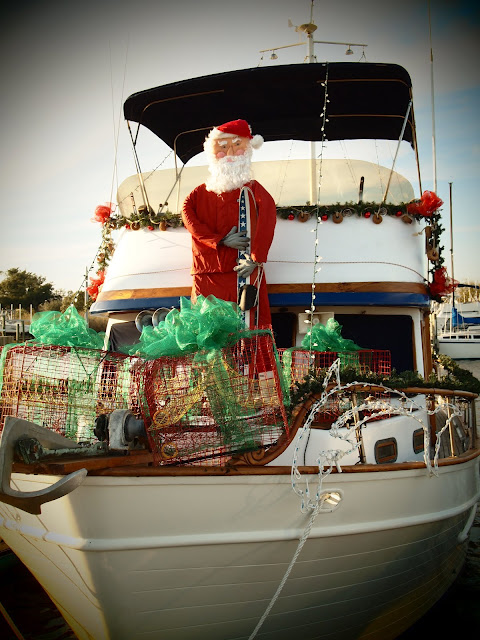 And you thought Santa made his runs on a sleigh. @ Bay Waveland Yacht Club

Christmas parties are also common during the holidays. There’s always good food to be had and it’s a great way to catch up with old friends and family. My friend Mark threw one in New Orleans which was attended by many of my university friends. I also went to a couple family parties in which I got to watch younger cousins open their presents from Santa or other family members. It was a great way to catch up with everyone that I’ve missed seeing over the years. 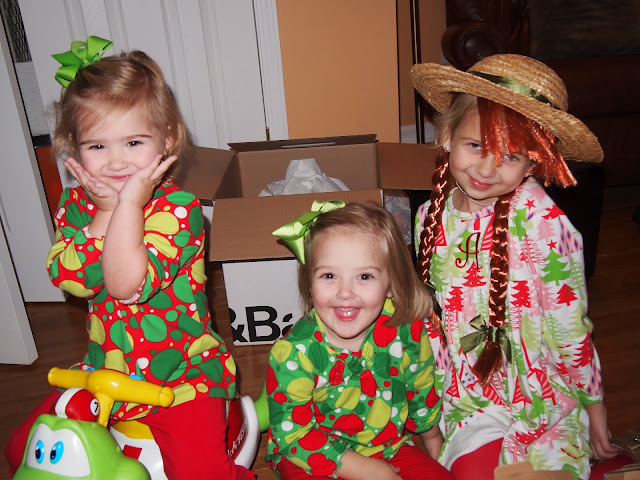 My cousins in their Christmas PJs on Christmas morning. Aren’t they just the cutest little things?
We did Christmas dinner or Christmas Eve and made sure to include all the classics in the spread. Casseroles are a staple in most holiday dinners and are usually a concoction of ingredients that are then baked in a pan. My mom made a killer bourbon sweet potato casserole topped with mini marshmallows and pecans. Cornbread and rice dressings also made an appearance. The focus of the meal was a nice, moist turkey and gravy. I baked a bread pudding for dessert. After gorging on all the food, we found ourselves lethargic and dozing off at midnight mass. Good thing the priest didn’t catch us. 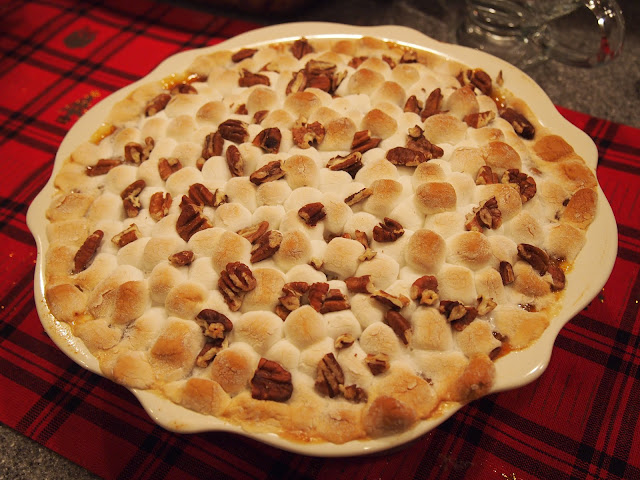 In the morning, we woke up to exchange gifts. When my sister and I were younger, we would set an alarm for 3AM to get an early peek at the goodies that Santa brought for us. We’d then wake up again around 6 and pull our parents out of bed. They lovvved that. This year, we needed coffee before any of the gift opening could begin. Funny how things change over time.

Christmas was pretty hectic so when New Year’s came around, I decided to opt out of the all-night partying and hung out at home with my parents. We watched movies and it was great. Mom made a traditional New Year’s meal the following day consisting of cabbage, corn bread, corned beef, and black eyed peas. I think is a Southern thing but each food is supposed to bring you a certain fortune for the new year. The internet produced conflicting answers but it seems that most people believe that the beans stand for coins, the greens for ‘folding money’, the cornbread for luck, and the meat for looking forward. 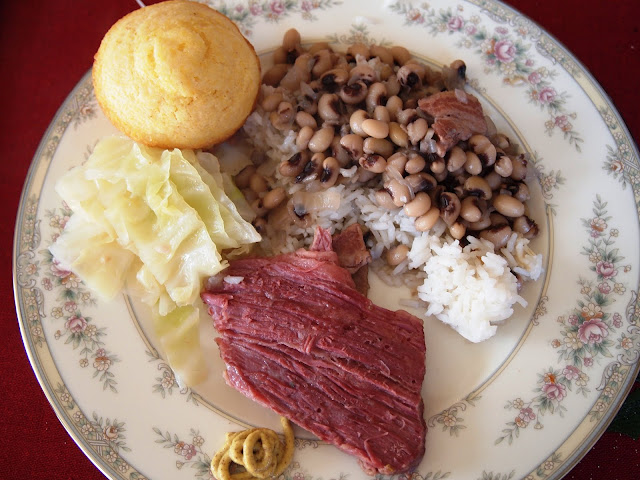 Traditional Southern New Year’s meal
I couldn’t have asked for a nicer holiday at home. It was much needed and brought back so many memories from my childhood. Who knows where I’ll be next Christmas, but that’s okay. Last I’ve heard, Santa’s got Skype.
2
Previous Post
Next Post