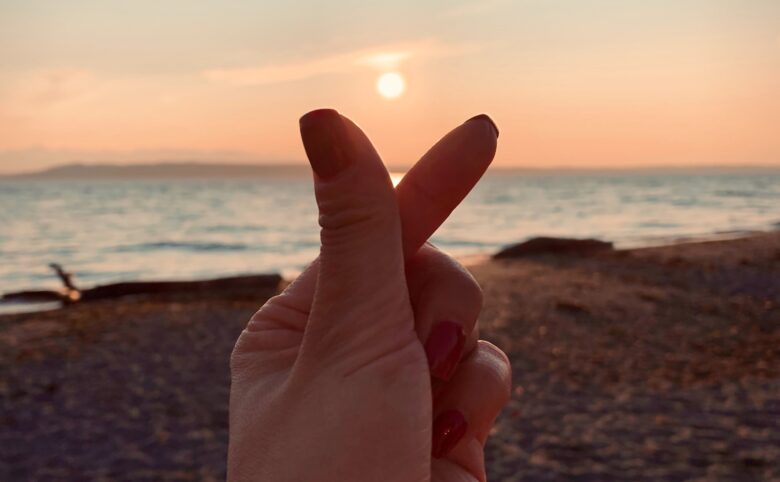 The Korean language contains many words that are based on onomatopoeia, which is the sound associated with an object or action. The Korean word for onomatopoeia is heeseongeo (의성어), but don’t worry about remembering it… it’s rarely used. In fact, if you use the word with Koreans, then they might assume that you are talking about some kind of fish! So, let’s take a closer look at a few of them.

Note: This article contains Hangul (Korean letters). If you can’t read Korean yet, I highly recommend you check out this incredible workbook to master the alphabet in NO TIME!

Take animals, for instance. What sound does a dog make? In English, people might say “woof, woof” but in Korean, “멍멍 (meong-meong).” Clearly these are very different. Cats, in English, go “meow, meow”; in Korean, “야옹 (ya-ong).” Korean pigs sound, “꿀꿀꿀 (ggul-ggul-ggul)” whereas in English, “oink-oink.” Ducks in Korea go “곽곽 (quack-quack)”, and in English… well, actually that one happens to be the same.

찍찍 (chik-chik) – the sound of a mouse squeaking

꼬끼오 (kkokki-oh) – the sound of a rooster in the morning (and my personal fav!)

These animal sounds are useful for demonstrating how onomatopoeias work in Korea. For example, they show that the sound is often repeated (meong-meong or gaegul-gaegul, for instance) and that the names of objects can be based on the sounds that those objects make (like owls and frogs).

Jay Park did a great parody of “What Does the Fox Say” on a past episode of Korea’s SNL. Check it out below and see if you can’t catch a few of the animal sounds (including that of the legendary gumiho).

But learning about animal sounds is only really useful if you are a hunter (unlikely) or if you want to try and talk to an animal in a zoo (assuming that they are a native Korean animal… llamas and armadillos would most likely speak in Spanish). Instead, let’s learn some useful onomatopoeia that we can use on a daily basis.

빵 (bbang) – the bang of a gun (and, coincidentally enough, the word for bread)

Sounds from Speech or Bodily Actions

If you are talking about your crush, or a situation that gets your heart beating, then you can say 두근두근 to describe your feelings. You may have heard 두근두근 used in K-pop songs.

Sounds Made by Objects

Sounds Made in Nature

The most interesting types of Korean onomatopoeias are descriptive sounds. These sounds represent feelings that might not even make an actual sound. For example, the feeling of warmth can be given the sound 따끈따끈 (ttaggeun-ttaggeun). They often sound similar to the corresponding Korean verb for that feeling, for example “따끈따끈” sounds a little but similar to 따뜻하다 (ttatteuthada, to be warm). Using these descriptive onomatopoeias will make you sound more Korean and help you show your emotions and feelings more clearly in Korean.

Learning onomatopoeic words can be difficult, especially if you try and remember them using a regular method such as flashcards. This is because so many of the onomatopoeic words sound similar compared to other Korean words. They are spelled out as they would sound, so contain far more double consonants.

The best method to learn these words is by trying to listen to them naturally. A fun way to learn the words in this article might be to draw a cartoon and write out the onomatopoeia on the that represents the sounds in the illustration, such as a knock on the door, a gunshot, or a villain slipping on a banana skin.

Reading manhwa (만화, Korean comics) is also a good way to learn Korean onomatopoeia, as actions and sounds are often written out next to the illustrations. Of course, there are thousands of onomatopoeic words in Korean to match the thousands of sounds in real-life. Learning all of them is too big a task to take on at once, so learn the ones that you think that you will use regularly and find most useful.

If you haven’t yet, I highly recommend checking out this workbook to master the Korean alphabet in no time!

This article is the property of Mims on the Move. Content may not be reproduced unless authorized.