Book Review: Europe from the Front Seat of the Bus: A Tour Manager’s Tale

By Mimsie Ladner on Wednesday, November 2, 2016
I got my first taste of international leisure travel at the ripe old age of 21. It was the summer before my last semester of university and I was ready to explore the world.

A bit hesitant to jump head first into solo travel, I browsed the Internet in search of a way that I could hop around Europe’s hot spots in the company of others.

I soon learned that there were a slew of tour operators such as Contiki and Topdeck that catered exclusively to young adults. I settled on one with a rather raucous reputation, but, hey, I was looking to have fun.

Thanks to the company’s forums, I was able to connect with a few of my travel mates—who hailed from all corners of the globe—before the trip even began so there was essentially no awkwardness from the get-go.

Little did I know when I hopped on that bus in London that I would be embarking on the adventure of a lifetime. 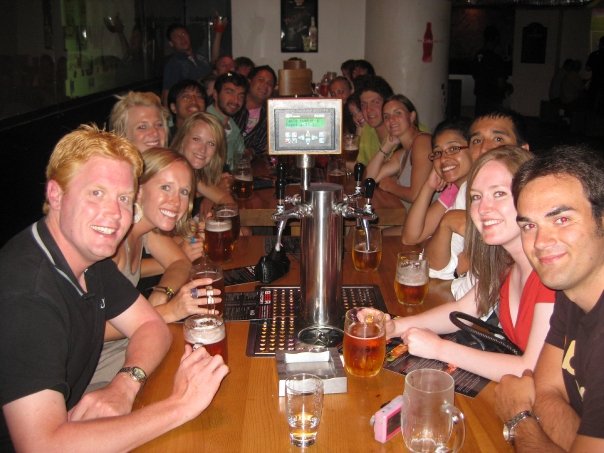 I was incredibly lucky to be put on a bus with around 30 of some of the coolest human beings I’ve yet to met. We spent five weeks together wreaking havoc across the continent.

Some of our experiences were cliché cultural activities like picnicking under the Eiffel Tower, eating gelato in Italy and attending symphonies in Vienna. Still others were a bit on the stupid side, like when one tourmate jumped in the Trevi Fountain and had to hightail it to escape the police.

Others were what you’d expect from a group of twenty-somethings looking to find themselves, such as skinny dipping in the Adriatic Sea, having chugging contests at a beer hall in Germany and reveling in young travel romance. (There was even an Austalian girl and Canadian guy who hit it off on the last night of the tour and are now married and have two beautiful children.)

We were also extremely lucky to have such an amazing tour guide. In fact, I’m 100% certain our trip wouldn’t have been the same without Mick, a charming red-head from Australia who had, at the time, left the corporate life for one on the road.

But I guess what I hadn’t taken into account—and perhaps it was because I was too young and dumb to do so—was what he had to go through as each of these events played out. 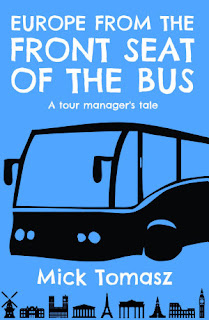 I recently chatted with Mick—almost a decade after our trip—and was delighted to learn that he had published a book about his own personal experiences during the tours he led. Entitled Europe from the Front Seat of the Bus: A Tour Manager’s Tale, Mick’s story highlights the ups, downs and all the moments in between during his year as a tour manager.

In leading his groups from London to as far as Istanbul and back, he faces hospital visits, transport strikes, passenger relationship breakdowns, run-ins with police, buses that have been burnt to the ground, stow-aways, officials seeking bribes, certifiably crazy passengers (Leah!!) and enough nudity and alcohol to last a lifetime.

I shared with my tourmates this little gem which instantly brought us back to the highlights of that fantastic trip. We were all quite surprised to hear how things had gone down from Mick’s perspective, as they were often not quite how we thought they played out. (We were also all very thankful that he had changed our names!)

While Europe from the Front Seat of the Bus was an easy, fun read for me, especially because I had been a part of it all, this book would no doubt appeal to anyone who has traveled on a tour like this one and is feeling nostalgic, as well as anyone has ever been or wanted to be a tour guide. (Mick makes it clear that it’s not exactly the dream job it may seem to be!)

Travelers: do yourself a favor and spend the few bucks on this ebook. You won’t regret it! Download it at Google Play or Amazon now.