By Mimsie Ladner on Monday, June 24, 2013
When I graduated from high school, I thought my days of field trips were long gone.  So, when I was told at the beginning of the semester that my Sogang University classmates and I would be participating in an off-campus “cultural experience” this past week, I got a little bit excited, mostly because it would be a day off from studying.  Considering I’ve lived in Korea for about four years now, I figured we’d be going to a museum or on an outing to a palace, things I’ve done many times before.  So, I was surprised and somewhat hesitant when I was told that we would be learning Taekwondo.

Taekwondo is one of the most famous martial arts to have been developed in Korea, though it has been referred to by different names throughout the country’s history, as it combines a variety of Korean martial art forms.  Originally, it was a defense and combat technique used by the armies of dynastic Korea to develop strength and speed and continued to be used as an unarmed military technique up until the Korean war.  The fighting technique uses all parts of the body, but focuses on the feet and the fists, as its translated name suggests.

Today, Taekwondo continues to be widely practiced throughout the world, but especially in Korea.  It is not uncommon to hear ferocious shouts coming from the second story windows of just about any given building in the country, as the sport is part of most Korean children’s daily schedules.

Now, I’m always up for new experiences, but to be honest, I was not looking forward to this.  I am one of the least athletic/coordinated people I know and I was certain I would make a fool of myself kicking and spinning and doing whatever else these Taekwondo folks do.  Still, I woke up bright and early this past week and headed out to Sookmyung Women’s University Station where I was led by my teachers to the Arirang Taekwondo studio.  Unlike most studios in Korea, Arirang features programs for adults only and strives to promote a new taekwondo culture amongst visitors from all countries of the world.

After changing into our dobok, or uniforms, we paid respect to the Korean flag and were seated to begin our stretches.  Taekwondo is not only about defense and combat; it also focuses on relaxation and meditation.  Just when I thought the day might be easier than I had expected, things began to get intense.  We were each instructed to shout out a loud “HAAAA!” to prepare ourselves for the impending workout.  Apparently my war cry sucked because I was instructed to re-do it three times. 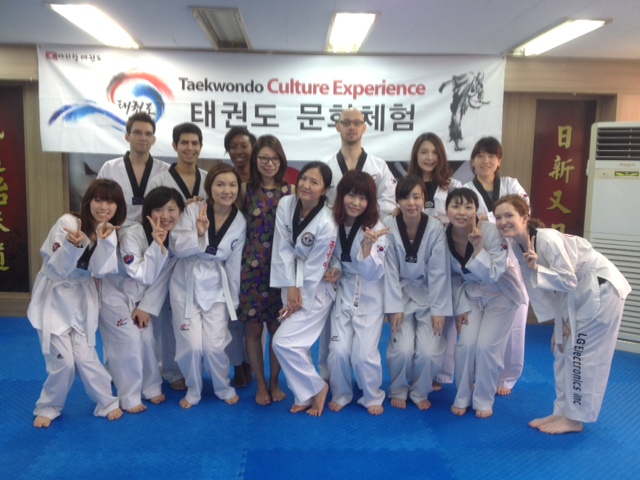 It wasn’t long after we started stretching that I realized I am not nearly as flexible as I once was.  I was continuously pushed (verbally and physically) to reach farther and bend more.  We were then partnered up to do even more challenging stretches and I noticed a few classmates decided to quit and take a seat in the back. Just when I was thinking of joining them, the kicking lesson commenced.

We learned basic stances and a few different styles of punching and kicking (whose names I fail to remember) and were constantly encouraged to kick higher, stronger.  I was glad I was behind the remainder of my class as I’m quite certain I was looking like a flailing idiot at this point but I was really starting to have fun.  We were each given the opportunity to practice our kicks with the instructors, who held up the kicking paddles and entertained us with a joke or two and some positive reinforcement.  After about half an hour of this, we were allowed to sit and rest as we watched an impressive demonstration by the instructors. 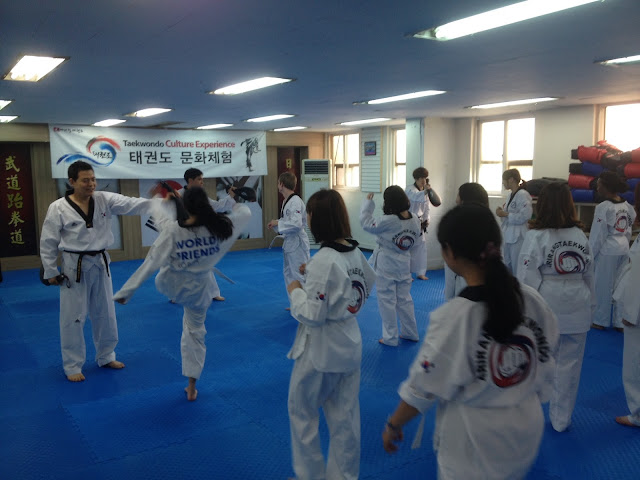 Then, out came the wood.

Breaking has always been the aspect of martial arts that stands out in my mind as the most impressive.  How a human being can physically break piles of cement blocks with a single chop of the hand is beyond my understanding, but I always loved watching the professionals do it in the movies.  I was suddenly super stoked to watch our instructors give us a kick-butt demonstration, so I was thrown for a loop when they told us that we would be the ones breaking the wood.  Eyebrows raised, I shot them a “You’ve gotta be kidding me” glance; I wasn’t going to ruin my weekend by breaking my wrist.

First, though, it was time for a spelling test.  After we were each given a wooden board and a marker, we were instructed to write down the words that were dictated to us.  They included 사범님 (sabeomnim, the name for a taekwondo instructor), 발차기 (balchagi, a type of kick), and 태권도 좋아요 (“Taekwondo is good”).  After our spelling test was completed, we were prepared for the wood breaking.

It was made clear that in order to be successful, we could not be scared and we had to commit fully once we began.  We were assigned partners and I held the wood for my partner first.  Seeing that about 80% of my wide-eyed, surprised classmates successfully broke their boards on the first try, I decided that I, too, would give it a go and figured that if I did in fact break a bone, I would at least have a good story to tell.  With a strong “HAAAA!” and a swift chop, my board split effortlessly.  I quickly realized that the boards were most likely made to break easily, but I still felt pretty cool for having done it. I imagine that the short-lived rush of adrenaline I experienced must have been what Bruce Lee felt every day of his life. 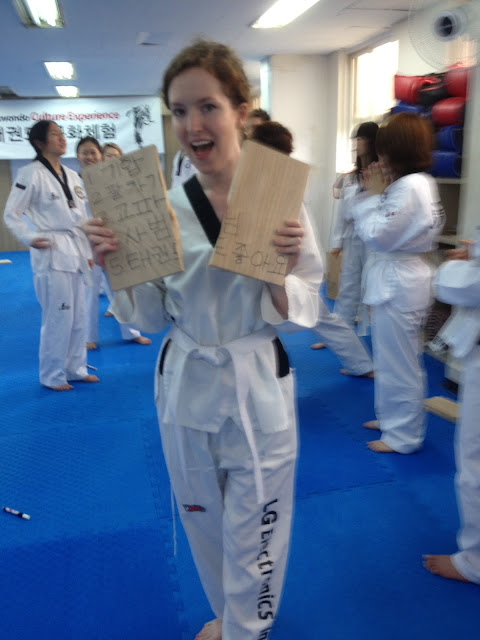 The program came to an end when we were called up to the front of the studio individually to receive our extremely fancy certificates for completing the course.  I felt this was a bit over the top, as it was only a two hour course, but I suppose it did make for a good photo op, which is always important in Korea. 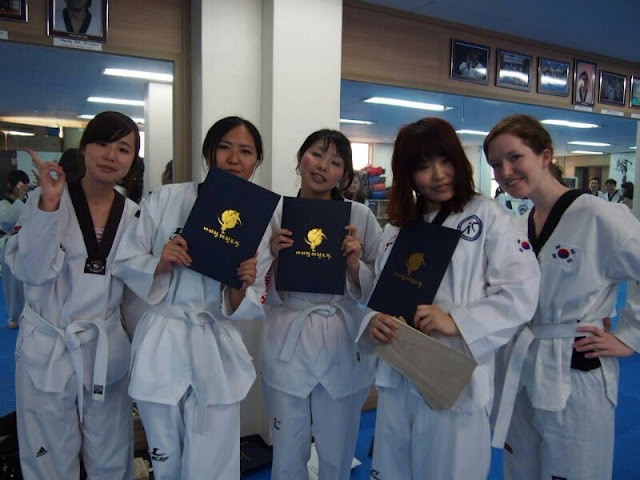 I’m not certain that I’ll continue to study or pursue Taekwondo as a hobby but it was certainly another fun cultural experience to add to my ever-growing list of memories in Korea.

Information: Although my class was instructed in Korean because it was part of the university language program, all of the instructors speak English well.  The cost of the class is 30,000 won and can be conducted by reservation (minimum of 2 people).  The Arirang Taekwondo Cultural Experience is held on Mondays, Wednesdays, and Fridays to Sundays from 11:00AM-12:30PM.  For reservations, call 010-3078-1433 or e-mail tm3ym@hotmail.com

To Get There:  Walk straight out of Exit 1 from Sookmyeong Women’s University Station (Line 4).  Walk straight for about three blocks, passing an electronic shop and Cafe Stay.  Arirang Taekwondo is on the 4th floor above a Peugeot Motor shop. 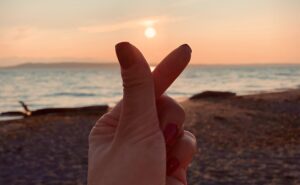