Since I’ve lived in Seoul, I’ve become a little obsessed with reading books about Korea. I find it really interesting to read about places I visit on a weekly basis or learn of events that have shaped the nation into what it is today. I guess I also feel like the knowledge I gain from what I read makes me relate more to my home here in Korea. Some of the books I have read have been engrossing and memorable. Others, not so much. The following are a few novels that I’d recommend to you, the reader, if you are traveling to Korea, living in Korea, or are just interested in Korean culture.

Please note that I am not a book critic. I am not reviewing these books based on the authors’ writing abilities, but rather on the books’ subject matter and how well they convey Korea.

The Red Queen By: Margaret Drabble 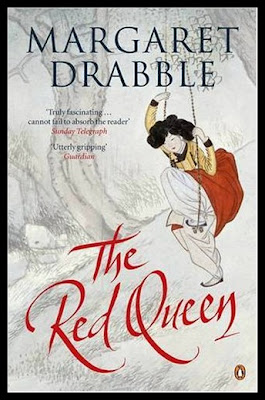 Book Description: Two hundred years after being plucked from obscurity to marry the Crown Prince of Korea, the Red Queen doesn’t want her extraordinary existence to be forgotten. Her long and privileged life behind the Korean palace walls was not all it seemed, and the Red Queen (or her ghost) is still desperate to retell her tale.

Dr. Babs Halliwell, with her own complicated past, seems the perfect envoy- having read the memoirs of the Crown Princess on the plane to Seoul, Babs has become utterly engrossed in her story. But why has the Red Queen picked Babs to keep her story alive, and what else does she want from her?

Set in 18th-century Korea and the present day, The Red Queen is a rich, playful and atmospheric novel about love, about personal and public history, and what it means to be remembered. (Source: RedMoon)

Book Review: As a fictional story based on factual history, I found this book not only to be entertaining but educational as well. Much of the book is based on Princess Hyegyong’s actual autobiographical writings from the late 1700s, which beautifully depict court life at that time. (I found it particularly cool to read this book at the palaces here in Seoul… yes, I’m such a nerd!) Included in the princess’s accounts is the story of her husband, Prince Sado, who was famously locked up in a rice box to die by his father. Yikes.

Dr. Babs Halliwell, who is traveling through present-day Seoul on business, also gives a lot of details on her sightseeing encounters in the city as well as her own life experiences that seem to coincide with those of the princess. The contrast of then-and-now makes the book an interesting read. 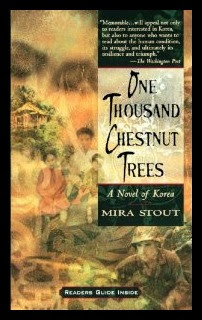 Book Description: The tumultuous history of Korea unfolds in this compelling story of a young woman’s search of her family roots– and her own sense of identity. In her journeys, she discovers a legacy left behind by the noble clan from which she is descended– a temple erected by her great-grandfather in defiance of centuries of invasions against Korea, and the one thousand chestnut trees that shield it from view. (Source: Amazon)

Book Review: One Thousand Chestnut Trees is a unique novel written in the voice of three narrators, each a different generation of the story’s family. The book paints a beautiful portrait of Korea and its people as it takes its readers through tragic events such as the Japanese invasion and the Korean War to a very hopeful modern day. With themes like resilience, family legacy, and self-exploration, the book is as engrossing as it is informative. I also really liked the style of the writing, as the author was able to convey the splendor of Gangwan Province through words, making me feel as if I were really there amongst the chestnut trees. A must-read!! 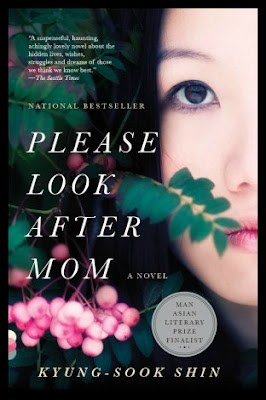 Book Description: When sixty-nine-year-old So-nyo is separated from her husband among the crowds in a Seoul subway station, her family begins a desperate search to find her. Yet as long-held secrets and private sorrows begin to reveal themselves, they are forced to wonder: how well did they actually know the woman they called Mom? (Source: Back of book)

Book Review: As this was Shin Kyung-sook’s first novel to be translated and published in English, there was a lot of hype surrounding the book after its release late last year. I finally got my hands on a copy of it and had a hard time putting it down. Really, the only time I did put it down was when I found my sight too blurry from the tears to go on reading. Or when I felt the sudden urge to call my mom, just to check on her.

More than anything, this book is a tribute to motherhood. And an inspiring one at that. As four grown-up children desperately attempt to find their lost mother, they begin to experience guilt from not taking better care of her. Flashbacks and memories are the thread of this novel and through them, the reader experiences the culture of the Korean countryside and the traditions of Korean families.

In case you didn’t notice, all three books on my reading list are fictional. In the future, I will post additional recommendations of non-fiction selections. Until then, you can refer to this reading list at Amazon.com for additional book suggestions. Or, if you are living in Seoul, check out the Asian/Korean interest section at What the Book? in Itaewon. Happy reading!