By Mimsie Ladner on Wednesday, May 4, 2016
I moved to Seoul when I was a very young and naive 22-year-old. Now pushing 30, it recently dawned on me that I have spent the majority of my adult life in Korea. In fact, I became an adult in Korea.

I can say with certainty that this was probably the best thing that could have ever happened to me. Sure, living in another country long-term isn’t always a happy experience. Like anywhere, life has its ups and downs.

But in my transition to adulthood here in Seoul, I’ve learned so much that I am absolutely positive I would not have learned elsewhere. (See what I’m talking about in detail here.) In addition to invaluable life lessons, Seoul has opened up so many doors for me.

It has given me incredible opportunities to excel both personally and in my career and has presented me with once-in-a-lifetime experiences I won’t soon forget.

But I know I’m not the only one that has been granted such unique opportunities.

In fact, there was a video published last year by Roll The Dice Pictures that illustrates this. Check it out:

I’ve met a lot of people like this in Korea, each on their own quest to pursue their passions in a city that not only inspires, but encourages and supports that journey. 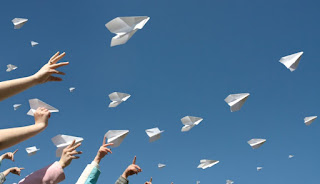 These stories have inspired me, and I’m fairly certain they’ll inspire you, too. Which is why I’m beginning a new series on Seoul Searching, entitled “Expat Spotlight.”

Once or twice a month, I’ll publish a story of an expat who has chased their dreams and found success in Seoul.

Stay tuned for inspiring stories, starting with a profile on Caroline Bryan, a friend and former roommate who is hoping to shake up the Korean lingerie industry with her own unique designs.

How to Get SHEETFACED with Korean Sheet Masks