By Mimsie Ladner on Tuesday, July 17, 2012
Last week, I had the privilege of attending a rather bizarre wedding that featured father-of-the-bride drunkenness, a rock-n-roll twist-off, and a gay stripper. OK, so it wasn’t a real wedding, but rather the latest non-verbal performance to hit the stage of the PMC 대학로 자유극장 theater in Hyehwa-dong.

I was happy to be on yet another blogging mission from the Korea Tourism Organization heading to Hyehwa last week after work. Hyehwa is Seoul’s theater district and though I frequent the area, it isn’t often that I go there to see plays. Most of the performances held in the district are in Korean, so it was exciting to be heading there for a musical. After locating the PMC venue, I took my seat in the musty-smelling theater and admired the cheesy set, seemingly straight out of The Wedding Planner. I didn’t know what to expect but had a feeling it was going to be an interesting hour or two. 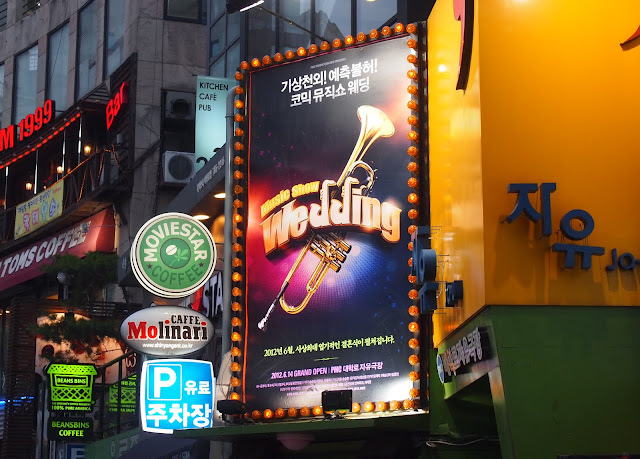 “Wedding” is a new non-verbal performance playing in the theater district of Hyehwa. 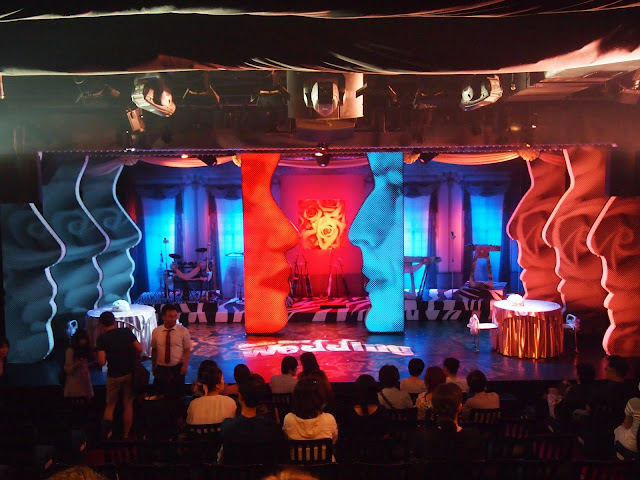 The cheesy but fun set of “Wedding”

“Wedding” is the story of a young couple on their wedding day. The play opened with the bride’s father obviously not happy about his daughter’s choice of a husband while the friends of the cute couple prepared for the ceremony. I didn’t know what to expect but my spirits were lifted when I heard that Bruno Mars’s “Marry You” was the opening number. 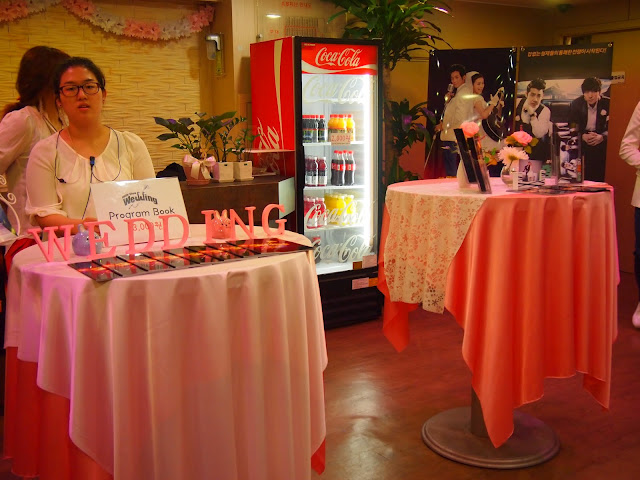 The lobby was set up to look like a tacky reception.

Most of the acts that followed were rock-and-roll themed, but there were a few surprising numbers that I enjoyed most. The first was when a friend of the bride played water glasses. As I’ve mentioned in posts before, it’s not uncommon for a couple’s friends to perform at their wedding, so this gave the audience a taste of Korean culture. On the other hand, the next act that had me going would definitely never happen at a Korean wedding. Just as the couple was about to cut the wedding cake, a gay stripper clad in a sparkly cowboy getup jumped out and sang a song called “Sexy Wedding Cake.” Finally, the cast did a big K-pop dance-off which had me in cahoots. 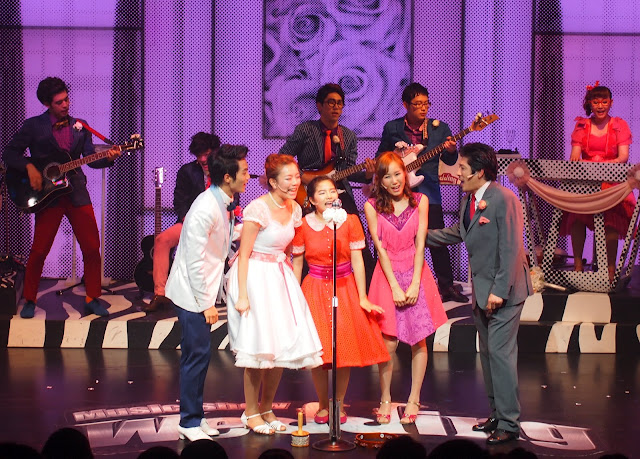 The cast belts out the closing number of “Wedding”

Though the bride’s dad eventually came to accept her groom, it’s safe to say that “Wedding” is not about the plot. Nor the costumes. Or the set. It’s not a performance to attend to be impressed. Instead, it’s a fun, corny couple of hours of laughs and uplifting music. And who doesn’t want a good dose of that every now and again?

***Update:  As of November 2013, Wedding is now held at the Hongdae Wedding Theater.  For more information, including show times and ticket prices, click here.