By Mimsie Ladner on Tuesday, November 22, 2016
One of the first Korean words I learned after my arrival to the peninsula was bbali (빨리). Meaning “fast,” it’s a term used frequently and, in my opinion, perfectly summarizes the entire country in two syllables.

After all, the nation rose from the ashes of the Korean War in a mere six decades to become one of the world’s greatest economies. In general, Koreans do a lot of things fast. Here’s 10 of them, in no particular order.

There are few places in the world that do public transportation as well as South Korea. Sure, the country may be geographically smaller than other nations but its efficiency in moving its 50 million inhabitants around every day is unsurpassed.

Seoul’s subway system is particularly impressive, with hundreds of pristine stations connecting the entire metropolis. Even better, on most lines, passengers rarely have to wait more than a few minutes for trains. The KTX, or Korea Train Express, is even faster with a top speed of 305 km/hour (190 mph) and can take passengers from one side of the country to the other in a mere couple hours. With a system so great, it makes me wonder why anyone would ever want to drive on the consistently jammed streets of the nation. 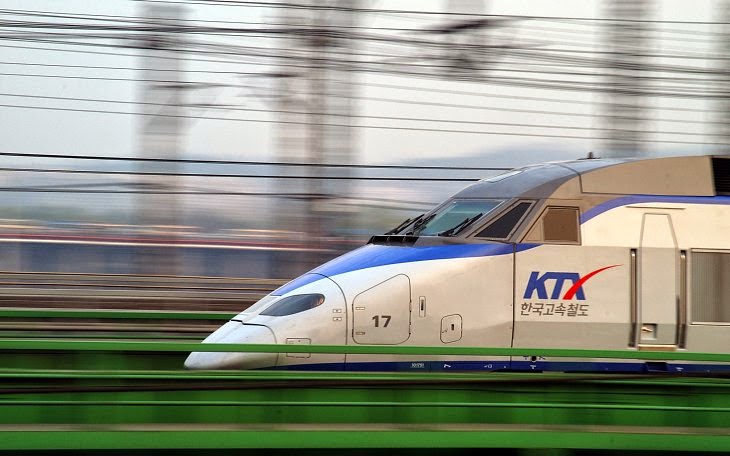 Seoul is ranked as the world’s “the city of the future” and the “tech capital of the world”—and for good reason. Over the past decade, the country has become a global leader in electronics, digital displays and mobile phones and is home to tech giants like Samsung and LG.

Korea’s remarkable—and super fast—technological advancement is immediately evident when visiting Seoul. Back when I first moved here in 2009 (before the smartphone era was in full swing) I was blown away by the sheer number of people who were using flip phones to video chat or watch TV. To this day, I’m just as impressed with how integrated technology is in everyday life—from IoT-enabled trash cans to virtual reality cafes to signboards that allow people to order groceries by snapping QR codes at bus stops on their phones.

In a country where one’s self-worth is heavily influenced by the presence of a significant other, being single is not something to be proud of. As such, blind dates, matchmaking and even specified bars where singles gather to seek out a significant other play an integral role in the dating scene. When two potential love birds meet, it doesn’t take long to figure out where they stand with one another.

Soon after the successful first date, things really start to pick up. After 100 days, couples celebrate their long-term relationship success by visiting Seoul Tower, publishing a lot of selfies on social media and purchasing matching couple rings, shirts and underwear sets. Territory is marked and leashes are continuously shortened as each subsequent month passes. 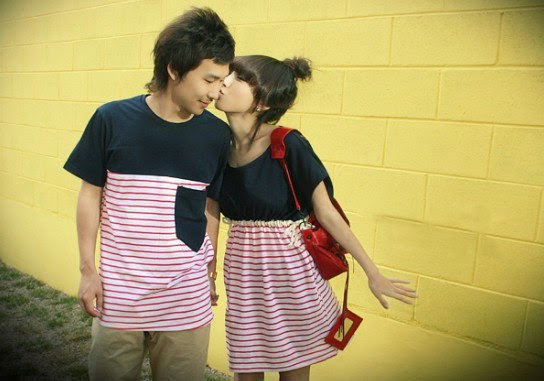 Marriage is another important institution in Korea and those that remain single well into their thirties are considered to be lost causes. Therefore, when one begins to approach his or her mid-thirties (though men can usually get away with being single longer), anxiety begins to settle in and numerous efforts are made to rope in the most eligible potential spouse.

So long as he or she makes a decent living, has a reputable-ish family and no criminal record (one of violent crimes, anyway), the wedding date is set. It is not uncommon for couples in their late thirties to be wed a few months after first meeting. Baby-making requires a bit of time, after all.

Speaking of weddings, Korean matrimonial ceremonies, despite their importance, are wham-bam-thank-you-ma’am occasions. Families tend to put a lot of dough into over-the-top weddings, if only to show off their financial stability (or to fake it) to the hundreds of acquaintances, business partners and family members that show up for the short ceremony.

The process for the wedding guest is simple. Show up. Pay the customary cash as a gift to the newlyweds. When the ceremony starts, chat with the other guests around you and take your phone calls as needed. Eat the provided meal (which is sometimes served during the ceremony). Leave. Go to the next wedding. All within an hour or less. 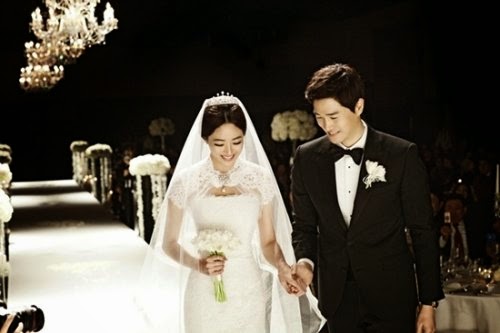 Korea’s delivery system is a-maz-ing. There’s no other word to describe it. Want McDonald’s at 4 in the morning? Done, via motorcycle. Low on groceries? Order them on G-Market and have them packed neatly in boxes at your door the next day. Forgot to send your girlfriend her 100 day anniversary gift? Get it hand delivered in minutes. Delivery here is fast, efficient and something I just don’t know if I’ll ever be able to survive without. Seriously…. I’m lovin’ it! 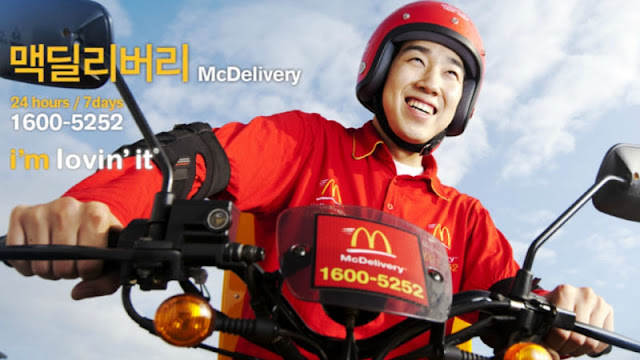 Wait Times
If you find yourself in a bank, government office or even a medical facility in Korea, you will note that there’s no such thing as dilly-dallying.
Customer service here is so incredibly systematic that you don’t have to wait or stand in a line for a long time. And, on top of that, people in these facilities are actually very polite, friendly and accommodating! Who woulda thought?!

Perhaps this started when the country needed to rebuild quickly after the war, but even today, buildings in Korea are constructed at record-breaking speeds. It’s not strange to visit a neighborhood and see two or three new stand-alone shops or restaurants whose foundations did not even exist a week before. Unfortunately, the lack of safety precautions and use of cheap materials is most likely one of the reasons construction is so fast. Sadly, problems usually arise in new buildings as quickly as it takes to construct them. 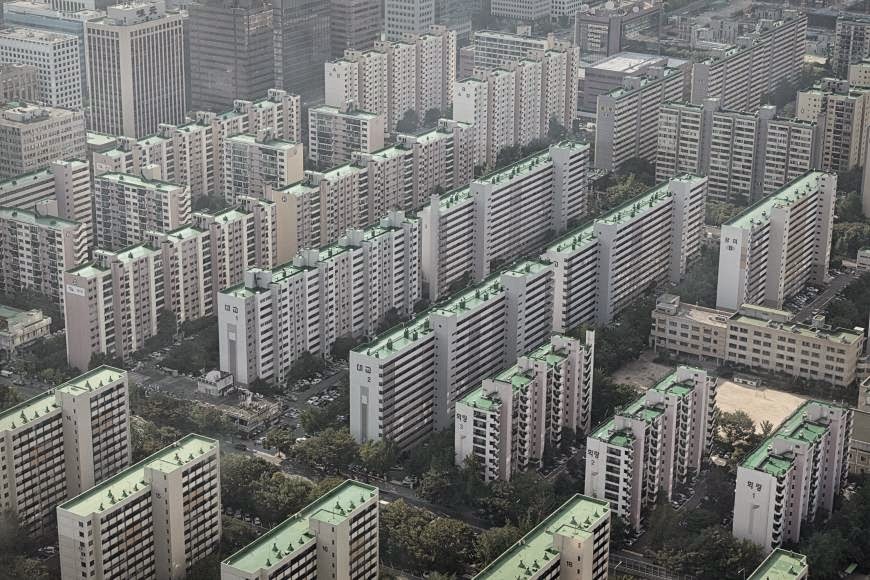 Drinking plays an important role in corporate culture and though things are changing, it’s still the norm to hit the soju with co-workers after a long day of work. Koreans also tend to drink more to get drunk rather than to enjoy their beverages (which is understandable, considering Korean alcohol is usually less than enjoyable) so even before midnight tolls, streets are overflowing with red-faced, staggering men in suits and are dotted with piles of… Well, I’ll just say that Korea knows how to do nightlife, for sure. 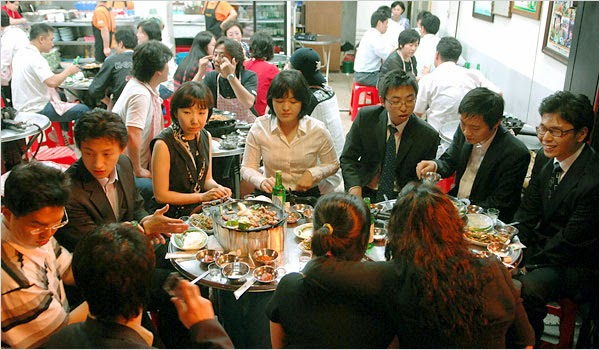 Koreans, in general, may age slower than the rest of us, perhaps thanks to their ridiculously developed skincare routines or high cosmetic surgery rate. But the country itself isn’t so lucky.

Koreans’ average life expectancy is predicted to hit 83.5 years in 2050 thanks to better health and nutrition as a result of increased income. Meanwhile, more women are entering the workforce than ever before (and thus putting off marriage and are having less babies) while cultural and societal values are shifting to be less traditional. In 2050, people over 65 will make up 38.2 percent of South Korea’s population—the greatest proportion of elderly people in the world.

When a nation is used to getting things done quickly, it doesn’t take much for them to get impatient. Such is the case with trends. Food, music, beauty and fashion trends go as quickly as they come. Such a constant change in people’s preferences makes it hard to operate a business, be successful as a musician or even get a cosmetic operation in looks-obsessed Korea (in fact, some are saying reverse plastic surgery is the new thing.)

Strangely enough, some of the latest and most popular trends revolve around reviving the slow pace of the Korea of the past. Slow food. Slow cities. Trips to organic farms, urban beekeeping and weekends glamping in the countryside. All the craze right now. It makes one wonder if these trends will stick around for a while, bringing the younger generations to favor a slower Korea, or if the now-bbali nation will continue to be one of haste.

What else does Korea do fast? Leave your comments in the box below. 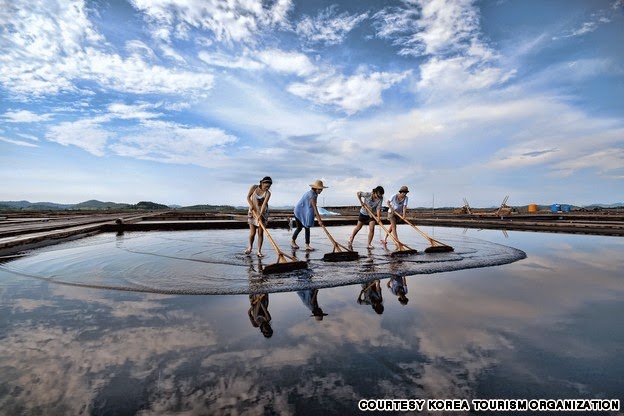