By Mimsie Ladner on Sunday, July 29, 2012
It’s that time of the year again. Jangma (monsoon season, 장마) has officially begun.

While some may feel that the rain puts a damper on their fun, I’ve actually come to like the rainy season in Seoul. Love it even.

Sure, there are the monstrous mosquitoes that have the ability to move like lighting and whose bites leave welts that take at least a week to go away. And there’s the umbrella traffic that can be ridiculously frustrating. But, the Korean rain also brings a bit of magic with each passing storm.

To start, the rain keeps the air cool. The temps get pretty high around this time of year and the rain is always a nice break from the sweltering heat and unforgiving sun. Secondly, the rain transforms the neighborhoods of Seoul into romantic scenes, adding a hushed quiet to the otherwise busy streets. 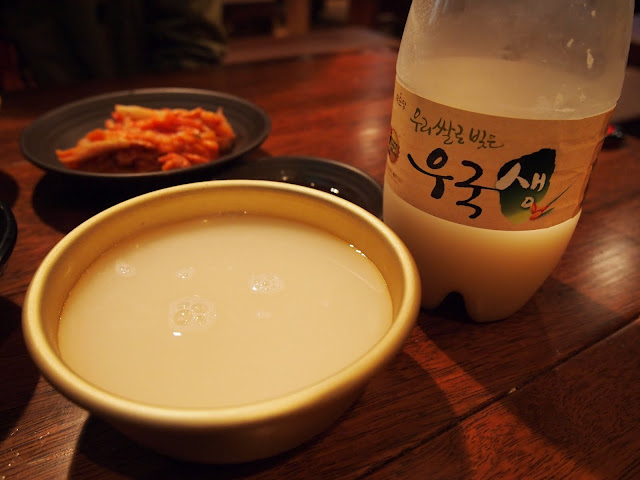 Still, there’s one thing that has been most influential in the development of my appreciation for the Korean rainy season: makgeolli.

Makgeolli (막걸리), or rice wine, is traditional Korean alcohol made by fermenting a mixture of rice, wheat, and water. Other ingredients can be added to create different flavors and I’ve seen variations using corn, lotus, and even gumballs, those spiky little things that fall from trees.

Originally a poor man’s drink consumed by farmers, the milky beverage has developed into a common, if not trendy beverage adored by Koreans of all backgrounds.

Makgeolli is often consumed on rainy days in rustic back-alley bars or in pojangmachas, street food tents, as is tradition here in Korea. It is usually served alongside pajeon, savory pancakes, or bindaeduk, pajeon’s crispier cousin. The combination of the sweet-and-sour flavors of the makgeolli and the savory greasiness of the bindaeduk are a match made in culinary heaven. When consumed in the rain, they taste even better.

Traditionally, makgeolli is served in brass bowls like this one. 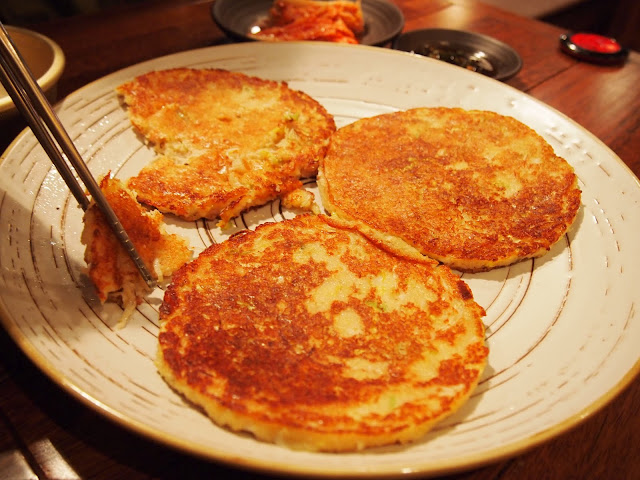 Makgeolli is also the preferred drink of hikers. Alcohol and hiking, you ask? In Korea, yes; the stuff is just as important on the trails as the hiking sticks and neon-colored parkas toted by the older folks that adore the hobby.

In my experiences hiking, I’ve almost always been offered a cup or two of maekgeolli at some point during my hike by complete strangers hoping to offer up a bit of hospitality, something that the mountains of Korea no doubt encourage. Perhaps it was during these experiences that I first grew fond of the drink. Or maybe it was one of the many afternoons sitting along the Han River or the Cheonggyechon sipping it down over a chat with friends. Either way, it has become one of my favorite things about Korean cuisine. 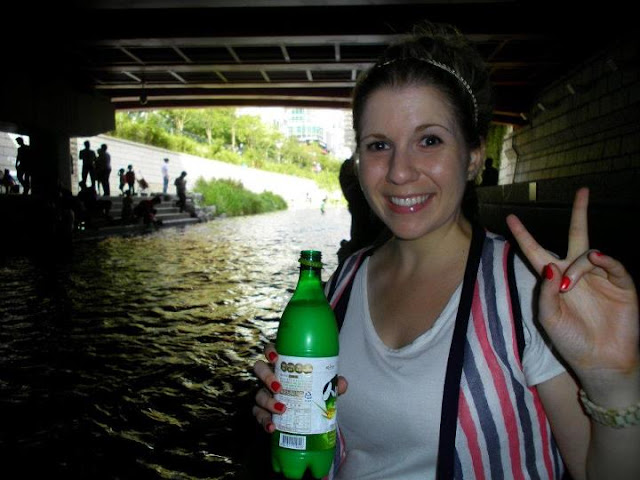 Sitting on the Cheonggyechon, sipping makgeolli with Suzanne.

Korean rice wine is becoming so popular these days that makgeolli bars are cropping up all over Seoul, replacing the once-trendy soju cocktail joints. Some of these places are quite swanky, offering everything from home brews to pricey but creative cocktails served in martini glasses. This is all fine and dandy, but it’s hard to argue that the best makgeolli is served up in a folk bar in a pot and consumed in little brass bowls. Makgeolli is, after all, not just about the taste. It’s about the atmosphere, too.

Like the cherry blossoms and autumn weather in Korea, the country’s rainy season will no doubt be over soon enough, but I guess if good things never came to an end, we couldn’t appreciate them as much. Until then, I’ll continue to enjoy the rain’s beauty and music, and of course, the makgeolli.