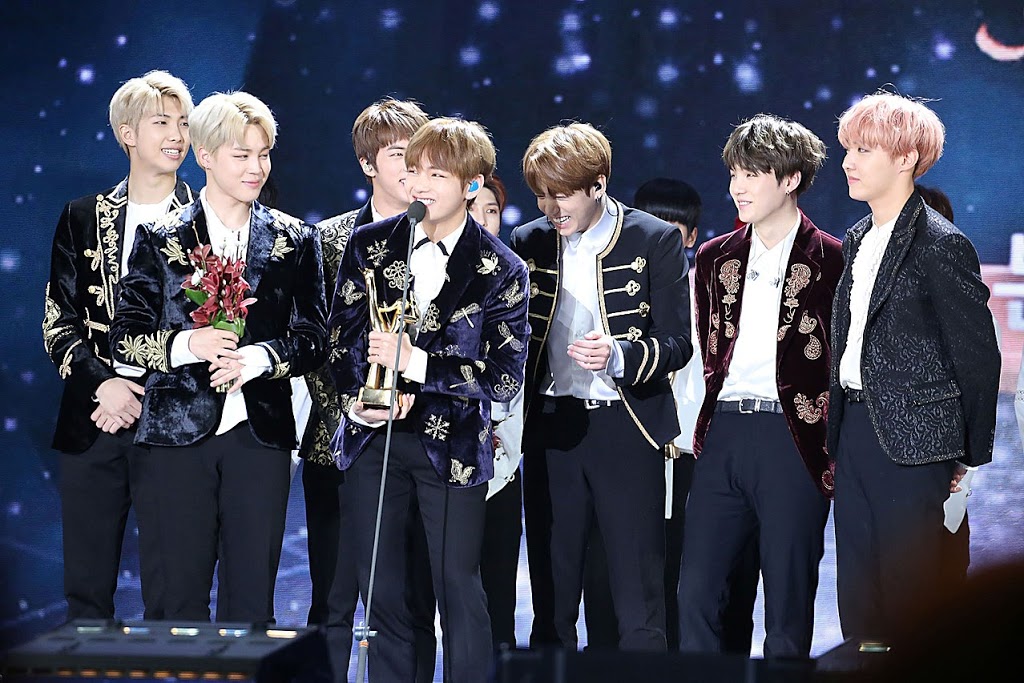 Many Westerners who come to Korea to live or to visit quickly write off K-pop, Korea’s mainstream music genre, as a cheesy, sugar-coated excuse for entertainment.

They see outlandish costumes, boys in heavy eyeliner, and flamboyant choreographed dance moves. They become annoyed with strange Engrish lyrics and seemingly identical tunes that blare from just about every storefront of the country. But, what they don’t realize is that K-pop is much bigger than skinny jeans and plastic faces. In fact, K-pop is transforming Korea as the world knows it.

I should first mention that there is a dark side to K-pop. Performers begin training in their teenage years. After signing 10 to15 year contracts and moving into company dormitories, all aspects of their lives are controlled by their managers; even after the performers become household names, they receive a minimal portion of the profits of their success.

I’ve also heard rumors of young girls being coerced to make sex tapes with producers to better their chances of being signed onto a label. There are also the more overt problems, like the objectification of women thing. But, more on that later.

Of course, there are some good things about K-pop, too.

I’ll be the first to admit that I do have a curated selection of K-pop songs on my phone and I’m not at all ashamed about it. Contrary to popular belief, not all of the genre is mangy, mass-produced pop.

There are many K-pop singers who are actually very talented and would do well even without the hype of K-pop to hold them up.

Members of the the boy band 2AM are known for their melodious ballads and have distinctive voices that mesh well together to produce noteworthy music. Lee Hi, a has been compared to Adele, and can hit notes very few others her age are capable of. FT Island excels in guitars and drums and Epik High challenges the very meaning of K-pop altogether with their funky style and hip-hop roots.

Whether K-pop’s popularity is related to talent or other reasons (err…six packs), the industry is boosting the Korean economy in more ways than one. K-pop is quickly becoming one of the county’s biggest exports and extremely well received worldwide. South Korean artists have made the Billboard Hot 100 chart at least eight times since the Wonder Girls first hit it in 2009 with “Nobody” and the export of the genre has expanded the value of South Korea’s music industry to a whopping $5 billion.

Earlier this year, Olympic athletes marched in the Parade of Nations at the Winter Games Opening Ceremony to the accompaniment of a number of K-pop hits. In 2017, boy band BTS gave a huge performance at the American Music Awards and a New Year’s Eve performance in Times Square. Popular groups have embarked on world tours spanning from Indonesia to Chile to France.

And of course we can’t forget about that famous horse dance. Since Psy’s “Gangnam Style” first went viral back in 2012, there has been a massive influx of tourists to Korea as well as an increase in interest of Korean products and cuisine worldwide.

On the home front, the music industry greatly affects the domestic economy, so much so that a single performer has the ability to influence the Korean stock market. Entertainment company YG’s shares dropped 10 percent after Big Bang member, G-Dragon, was involved in a marijuana controversy.  Similarly, IU, K-pop’s girl next door, caused her company’s stock price to drop 2.46 percent after she mistakenly uploaded a picture on Twitter deemed scandalous by Korean netizens.

The plummeting of the stocks in these circumstances is no coincidence; everyone from the companies to the consumers know that K-pop performers have the unique ability to influence an ever-expanding audience unlike any other media figure. Some entertainment companies have seen the advantages of this power and have used it in a positive way to to address many of the country’s social problems that have been swept under the rug for so many years.

As mentioned previously, K-pop has received a lot of heat for objectifying women; female idols are often dressed in up-to-there mini skirts, shoot sexy, come-hither looks into the cameras, and booty pop their way through televised performances, leaving ajusshis (middle aged men) drooling at the mouth and young girls with unrealistic images of what they should be. Somehow, these acts are still masked with innocence, as sex remains to be taboo in South Korea.

Recently, however, the messages of some female idols are changing. Take Ga-In’s music video “Bloom”, for example. While most of the sexuality in K-pop is intended for the eyes of men, she changes things up a bit by portraying a girl discovering and taking charge of her own sexual pleasure.

Note that in conservative Korean culture, sex has generally been viewed as an outlet for the pleasure of men, and women who are vocal about sex are often considered licentious. “Bloom” is a bold move in the industry and goes where no K-pop video has gone before; in essence, it’s a dose of manifest feminism and sexual liberation that the Korean female population is in desperate need of.

Another taboo being addressed by K-pop is homosexuality. It’s no secret that many older Koreans firmly believe that homosexuality does not exist in their country and because of this, human rights for gay individuals are virtually non-existent. Fortunately enough, K-Pop’s progressive nature and its tendency to push boundaries has provided the LGBT community some visibility and representation in pop culture.

The music videos for After School’s “Because of You,” Baby Soul and Yoo Jia’s “She’s a Flirt,” and K. Will’s “Please Don’t,” Nell’s “The Day Before,” all address homosexuality beautifully and in a way that viewers can be empathetic with the characters portrayed. Although it will take some time for the gay and lesbian community to be fully accepted here in Korea, these videos are a step in the right direction.

But, it’s not just the videos that are sending messages.

I can’t talk about K-pop without mentioning my favorite girl power group 2NE1, whose styles are unique and unlike most other girl groups out there, are not uncomfortable with being seen in public without makeup.

Their lyrics are fun and empowering, like those in “I Don’t Care”: “All those girlfriends you call ‘friends’ Don’t think of me in the same way as them. I won’t let it fly. From now on, do as you want, I’m going to stop caring…. I don’t care.”

Miss A is another great act who has no problem embracing their “I Don’t Need a Man” independence in a couple-obsessed society: “I want to take care of myself. The other girls may have rich parents or a rich boyfriend and live comfortably but I’m not interested in that. That is why I am proud of myself.”

These ladies are great role models for younger girls and will hopefully inspire the next generation to be individuals and independent in a society where such characteristics traditionally don’t hold much value.

It’s easy to ignore the fact that there’s a bigger picture to K-pop when silly costumes and screaming fangirls are involved. So, the next time you hear the familiar sound of sugary K-pop sounding from the speakers at a cafe, don’t roll your eyes. Appreciate it for what it is and keep in mind that that very song might just be influencing the future of Korea.

This article was originally published in January 2013 but has been updated in May 2018 for relevance.