Eye of the Beholder: What Does Beauty Mean in Korea?

By Mimsie Ladner on Wednesday, May 6, 2009
In making a run to the 7-Eleven a few days ago, I was introduced to an interesting Asian product while browsing the cosmetic isle: double eyelid tape. These strips are used by Korean females (and more recently males) to do simply what their name implies- create a crease in the eyelid. This came across as odd to me, and has come up in conversations with co-workers throughout the past few days and I have learned that even more popular than this temporary fix are blepharoplasties, double eyelid surgeries. Interested, I have googled the subject. 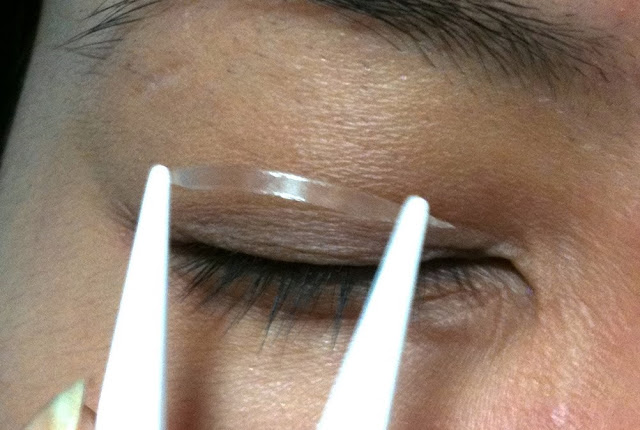 Double eyelid strips, available even at the 7-Eleven

According to a recent report by CNN, Korean women first started to receive these surgeries for cosmetic purposes in the 1950s in an effort to to attract American soldiers by appearing more Caucasian. (Though I know many who would argue this as the reason.)  Before the war, cosmetic surgery was quite rare in Korea. I, personally, am against almost all surgeries that are purely for cosmetic purposes (unless rehabilitative), but above all things, I hate seeing societies and people trying to “Westernize” their cultures or appearances. It’s such a shame to know that their are so few societies left who have been the least bit tainted by American culture. Anyway… this procedure has become increasingly popular over the past half century. I was even told that most Korean girls now receive these surgeries as graduation gifts from parents, increasing the already existing pressure to obtain such features.

It is certain that since the 50s, large eyes have become the hallmark of “Asian beauty”. In fact, the extreme majority of Koreans in the public eye, from big screen actresses to the Korean president, have had double eyelid surgery. I would imagine that the purpose of one getting the surgery these days is to conform to the ideal of female Korean beauty, which is ultimately a hodgepodge of Caucasian features, including very light skin and a high nose. I am not judging anyone’s decision to have such surgical procedures, but I do find it upsetting that so many Asian women, who are already all so beautiful with their natural features, feel that they have to conform to an idea of beauty. 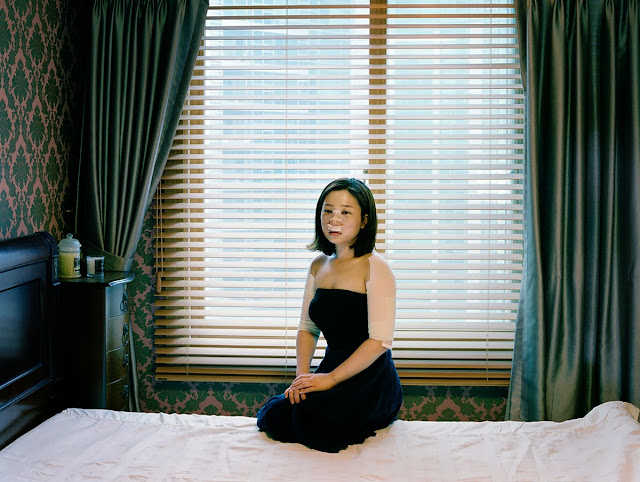 A haunting shot from renowned photographer’s series “Beauty Recovery Room” proves that beauty is pain.  But is beauty happiness, too?

Big eyes are to Koreans what large breasts and unrealistically skinny waists are to Americans, or so I would assume. Large breasts to Koreans are not as popular, and the showing of cleavage is highly frowned upon (though this is changing). I’ve had co-workers who have even had the necklines of their shirts pulled up by children. In a recent chat with a new South African co-worker, I learned that a large butt and thighs is most desired and flaunted in her culture, where most Americans would try to hide or downplay such a feature. So… is beauty culture specific? The more and more I see products with such contrasting purposes in varying countries, the more I think so.

Also… is our view of beauty distorted? A video for your thoughts: Perception of Beauty.