By Mimsie Ladner on Monday, August 6, 2012
About a week ago, I got a call from a friend of mine offering me a ticket to see Lena Park’s “Parallax” concert at Olympic Hall at Olympic Park in eastern Seoul. I jumped at the chance, not only because I was excited to see my friend perform as her guitarist and vocalist, but also because she’s one of the most famous singers in Korea and in Asia.

Born in Los Angeles, Lena Park (also known as Park Jung-hyun) grew up singing in her father’s church choir. She was exposed to a lot of gospel and R&B music, which eventually influenced her own vocal styles. After winning singing competitions and gaining popularity, she recorded her first Korean album in 1998. Despite her Korean language skills not being great at the time (and I’ve been told her pronunciation is still a bit off), she has become incredibly famous for her powerful voice and her musical versatility. She’s also absolutely adorable and seems to have a really great sense of humor. 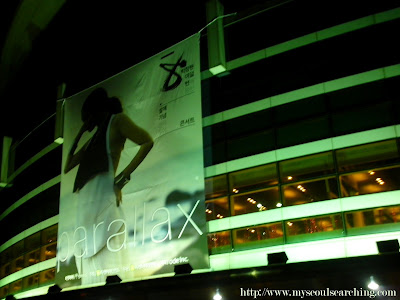 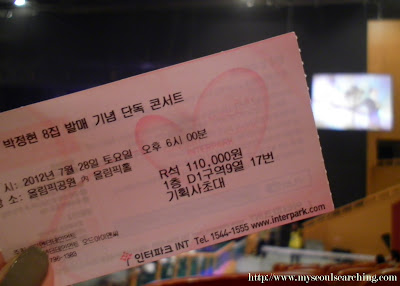 I was very impressed with her performance at her “Parallax” concert, whose name is drawn from her latest album. The show was about three and a half hours long and almost entirely in Korean, but I never found myself bored as each of her songs was so incredibly different and experimental. From beautiful ballads to electric rock and roll to an exciting salsa number and even some hip-hop, Lena proved that she is really capable of excelling in all musical genres. My favorite performances were “PS I Love You”, “Any Other Man”, entirely in English, and “비가” (“Bi Ga”) which was a duet with my friend, Ruvin. 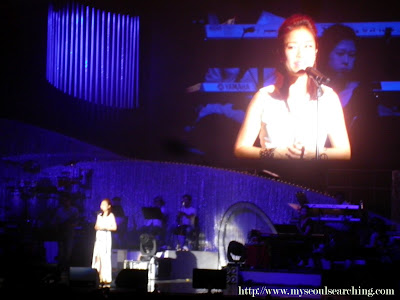 Although I couldn’t understand what she was saying, it was obvious Lena Park has a great stage presence. 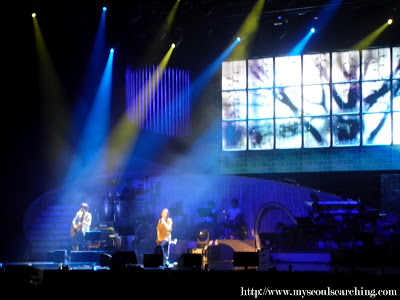 The “Parallax” concert was a nice change from the K-pop concerts I have attended in the past. Lena Park’s music is sincere and she is a well-rounded artist with musical finesse that is hard to find these days. In a country most famous for its sugar coated pop, it’s nice to see raw talent up close and personal.