Behind the Scenes of KLM Royal Dutch Airlines iFly TV: Secrets of Seoul

By Mimsie Ladner on Wednesday, March 19, 2014
In January, I had the pleasure of hosting a film crew from KLM Royal Dutch Airlines’ iFly Magazine as they filmed a travel documentary on Seoul. When they first contacted me, they requested that I compile a number of destinations that I felt best represented various aspects of the city including great views, interesting local hangouts and landmarks that showcase the contrasts between old and new.

After much deliberation, I came up with a list of places that I felt captured the very best of my Seoul… a Seoul that may or may not be the same city that other expats and locals here experience.  But it was the one I wanted people to see. 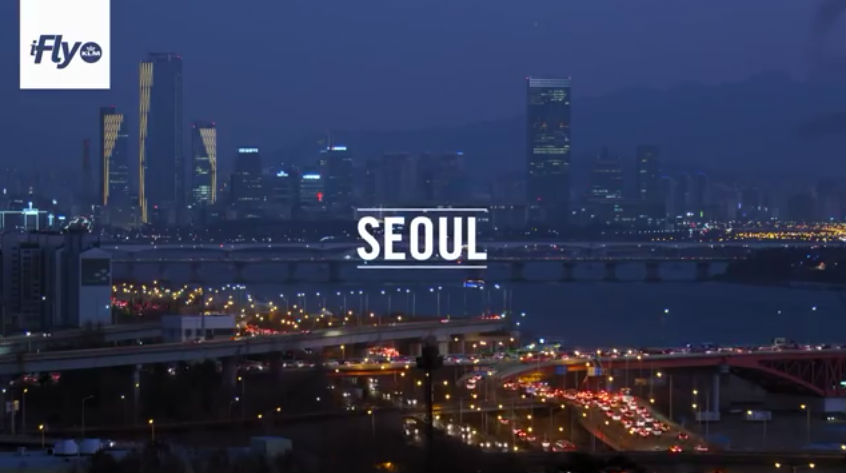 I found myself worrying about this project for a good month, especially in the days leading up to the filming. Although I was excited about introducing my second home to the world, I was also terrified that I would disappoint those living here if I failed to deliver.

It was obvious- especially after looking at some of the other travel videos KLM has produced- that the directors hoped to capture the best destinations of the city.  They were impressed with the sights, and the food (and the makgeolli) but after they began filming here, however, they quickly realized that the Korean people are truly what makes the country so special. 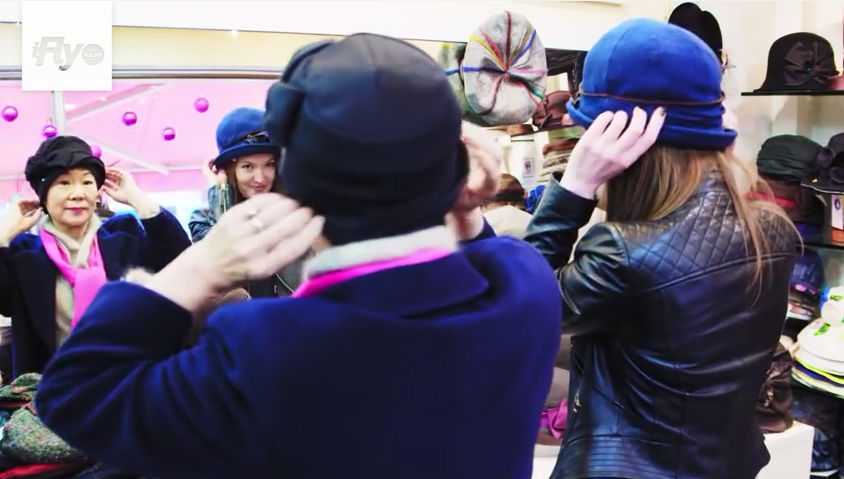 In the end, the focus of the video remained solely on the people of Seoul: couples donned in matching outfits; the generous gentlemen who shared their dinner with me; the elderly lady offering a mix of compliments and advice (“That’s not your style.”) in a hat shop in Samcheongdong; the boisterous but friendly vendors in the traditional markets. 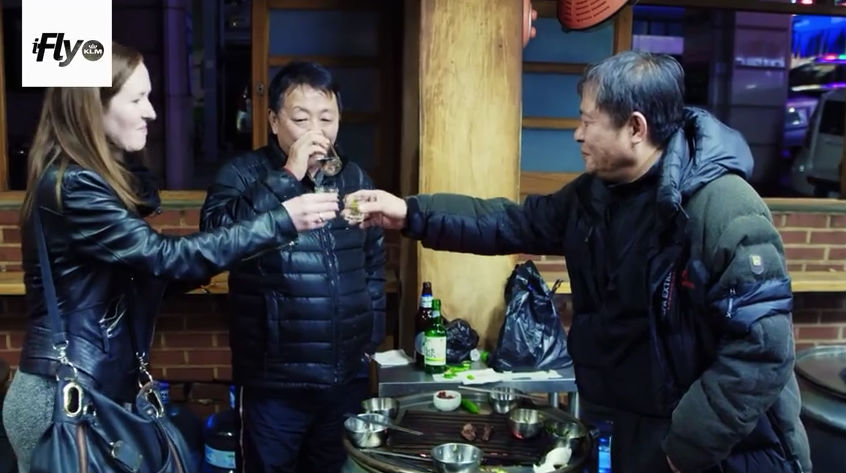 Of course, I’m incredibly awkward in front of the camera, and as none of it was scripted, stumbled over my words and was quite repetitive.  Still, I couldn’t have been happier with the final result; it ended up being a beautiful portrayal of the people and the city that have become such an important part of my life over the past five years. The cinematography was gorgeous and there was a natural but emotional flow from one scene to the next.

Check it out and be sure to share it with your friends!  Also, be sure to read on below for details on the filming locations so you can personally experience my favorite destinations in the city.

Haneul Park:  Although there are no shots of the park in the video, the crew filmed shots of World Cup Stadium as well as the Han River from this location.  Spend an afternoon here for a breath of fresh air.  Just be prepared to climb a lot of stairs.

Han River Cruise:  The crew got some incredible night shots of Seoul’s skyline on the Han River Cruise.  It was a bit chilly but this is a must-do activity in warmer weather! 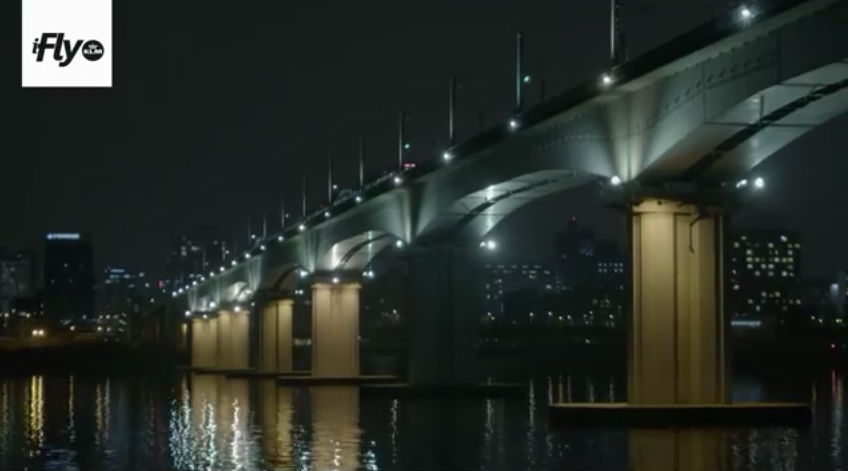 Seoul Tower:  Get amazing views of the city, pick up quality souvenirs at the cute gift shops, explore nearby hiking trails and take in Korea’s unique couple culture.  Take the cable car up to the tower for an even better experience!

Luielle:  Browse the custom made hats at this famous Samcheongdong institution.

Bukchon Hanok Village:  You could easily spend an entire day getting lost in the back alleys and peeking into the courtyards of this mostly residential neighborhood made up of beautifully preserved hanoks, traditional homes.  Don’t miss the museums that preserve traditional Korean crafts as well as the small but impressive art galleries.

Tongin Market:  Pick up a lunchbox for the low price of 5,000 won (about $5 USD) and sample a number of Korean eats and treats in this traditional market located conveniently to some of the city’s most popular tourist destinations.  Don’t miss the tteokbokki (spicy rice cakes)! 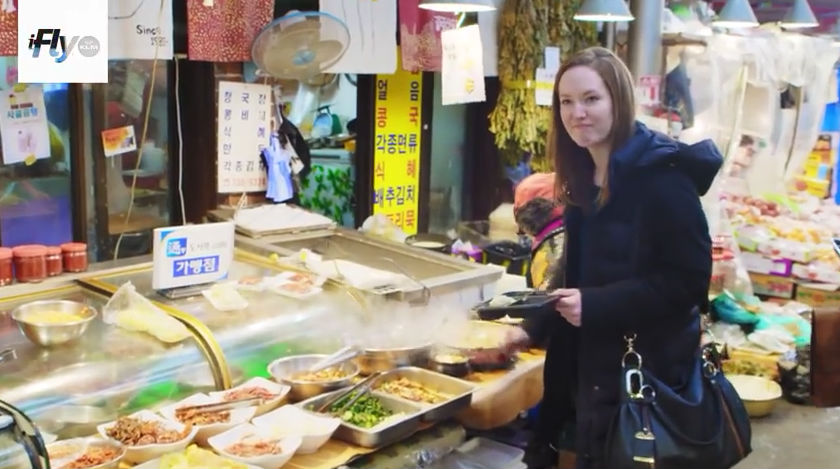 Sinchon Seo-seo Galbi:  For the best galbi (marinated ribs) in the city, head to Seo-seo Galbi in Sinchon. This no-frills hangout is extremely popular with locals, so be sure to get there early.  There are no chairs and there’s usually a long line, but the meal is well worth the inconvenience.

Hongdae:  Seoul’s youth district is known for being one of the hottest nightlife spots in the city, but it’s just as fun during the day.  Check out the neighborhood’s street art, themed cafes, and visit the Free Market held on Saturdays to browse handmade wares of local artists and design students.

Luxury Su Noraebang:  When in Korea, do as the Koreans do! In other words, head to one of Hongdae’s best karaoke rooms after a few rounds of beer and soju, the local firewater, and see if you can score a perfect 100% on your favorite song.

What other locations did you recognize in the video?  Which ones should have been included?  Leave your favorites in the comments below.


Words and photos by Mimsie Ladner of Seoul Searching.  Content may not be reproduced unless authorized.