What I’ve Learned From Traveling and Living Abroad: The Short List

By Mimsie Ladner on Friday, April 18, 2014
April 19th marks the five year anniversary of my big move from Smalltown, USA to the bustling metropolis that is Seoul, South Korea. I’ve lived out a number of exciting and unique experiences over the past few years that include riding elephants through the jungles of Thailand, working in the slums of India, camping with nomads in the Sahara Desert and teaching English to some of the most adorable children throughout Asia. I’ve made memories that will undoubtedly last a lifetime.

This adventure has been incredibly fun, but it has also taught me a number of invaluable life lessons: lessons that have opened my mind and my heart; lessons that have changed me; lessons that I’m quite certain I would have never learned in my home country. Conveying all of them (including how to avoid creepy old men, lice remedies and universal charades) would require I write a book, but for time’s sake, I’ve decided to include the more valuable of the lot.

Humanity is more trustworthy than we think.  Though the media tries to make us think otherwise, the world is not a terrible place. Tragic events happen everyday and there are plenty of bad apples scattered across the planet, but in the grand scheme of things, we humans are pretty incredible creatures.

I’ve found that more often than not, the people of the world are more than willing to reach out and help those in need. Traveling isn’t always easy and I feel incredibly blessed to have had more positive human interactions than I can count.

During a trip to Japan, I had a middle-aged couple adopt me as their American daughter for a day at a sumo wrestling competition, eager to teach me the rules of the sport, share their snacks and shower me with gifts. I’ve gone hiking with a family in Taiwan, was escorted around Bangkok by a group of lively ladyboys and have shared countless meals with complete strangers on multiple continents. The travel gods have watched over me, and I’m certain my journeys would not have been the same without these incredible people so beautifully intertwined in them.

From the nameless faces who have walked me through airports, train stations and bus terminals to ensure that I arrive at the correct destination to the shy but genuine smiles I’ve received as I’ve wandered exotic lands, I’ve felt the undeniable connection that exists between us as humans. Furthermore, I’ve regained a sense of hope for our world’s future in spite of all the darkness that exists in it. 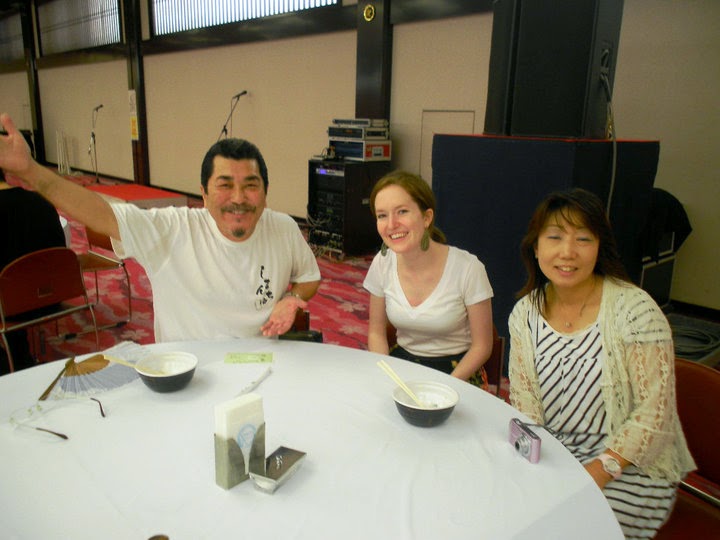 Everyone we meet has something to teach us.  When traveling, one crosses paths with a number of people from different corners of the world, with different lifestyles and mentalities. Some of them only pass through our lives. Some of them stick around for much longer. Either way, whether a result of destiny or coincidence, these strangers, companions and friends are also our teachers, if we are willing to listen to what they have to say.

I once agreed to join a group of acquaintances at a hole-in-the-wall bar in Ho Chi Minh City, Vietnam. I began chatting with an expat over a bottle of 333, the local beer. We didn’t have much in common, but as our conversation carried on, I recognized that this guy had something to say. I’m embarrassed to admit that I can’t recall his name and I probably wouldn’t be able to pick him out of a crowd, but I’ll never forget what he told me: “It’s our job to help others to realize their greatest potentials. Because if we don’t do it, who will?”

I only had the pleasure of chatting with this guy for a couple hours, but three years later, I remember those words as clear as day. This is only one of the countless valuable conversations I’ve had over the past five years.

In addition to keeping our ears open, our eyes are just as important, as there are a number of lessons to be learned that don’t require words at all. 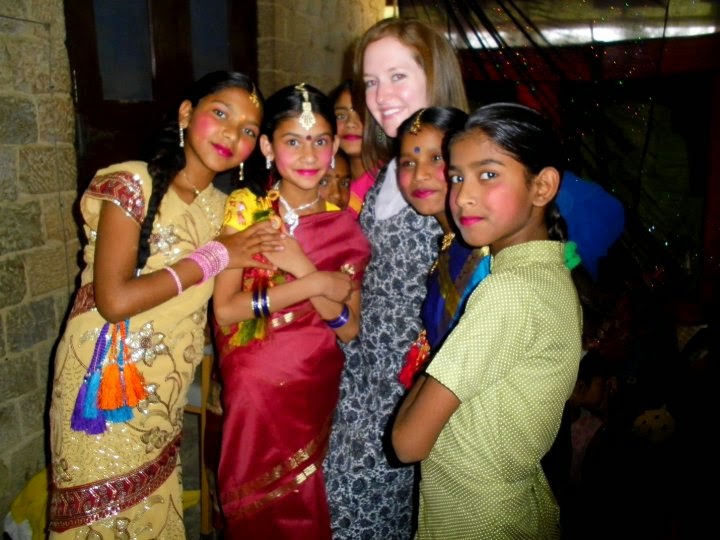 Our problems are insignificant compared to those in other parts of the world.  Life’s tough. Everyone’s got problems. In fact, we would never be happy if we didn’t experience disappointment from time to time. Yet, I never realized the extent of how fortunate I was- and am- until I looked poverty, cultural genocide, suppression, war and prejudice square in the eye.

Hearing the stories of North Korean defectors and Tibetan refugees who were forced to escape their home countries to survive. Meeting child prostitutes. Chatting with the “comfort women” of South Korea who were used as sex slaves during the Japanese occupation. Watching beggars starve their children to elicit more sympathy (and money) from passersby. Riding through Mumbai’s Dharavi slums on a motorbike at 4am, and witnessing the sight of hundreds of sleeping bodies sprawled across the streets, seeking sanctuary from the Indian summer heat. As heartbreaking as these experiences were, I am fortunate to have witnessed such honest tragedy, as it has put my life and petty problems into perspective.

Although I’ll never understand why or how I ended up being born into such fortunate circumstances, I’ve also come to learn that with greater privilege comes greater responsibility and to waste my fortune on myself would be a waste of life itself. 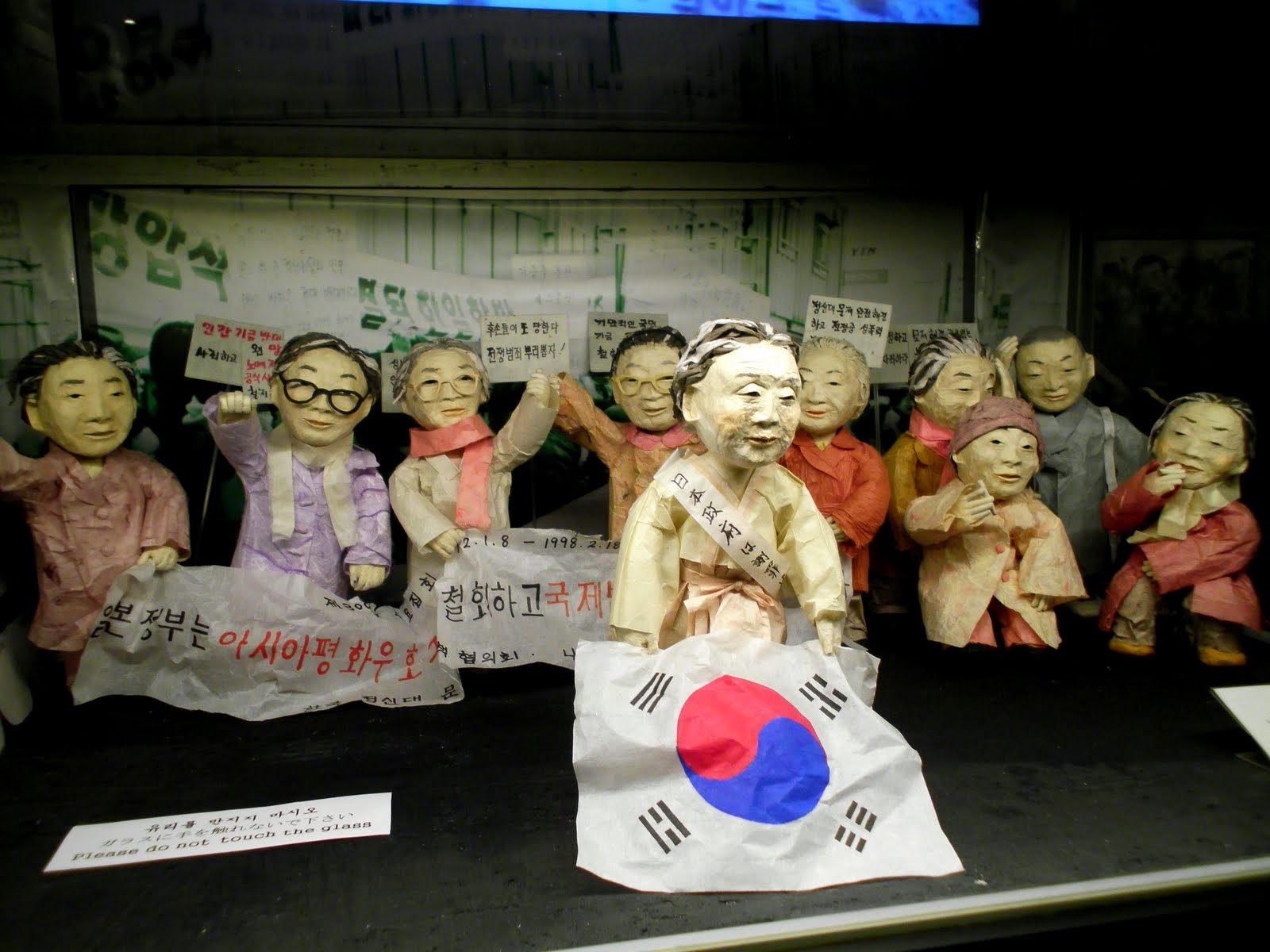 An open mind is essential for growth.  I never realized how naive I was about the world until I dived into it, inhibition-less and wide-eyed. Having grown up in an ultraconservative homogeneous community, my exposure to the world was limited. I took everything I learned from my parents, my friends, my teachers and even the news at face value, never once questioning their logic’s validity and failing entirely to think for myself. It didn’t take long after my move for me to realize that everything I had learned my entire life was all relative and that in order to grow, I had to challenge my own thoughts and beliefs.

I’ve been blessed to have had stereotype after stereotype shattered throughout my travels. In wandering mosques with a giddy group of Muslim teenagers eager to talk about Korean dramas in Malaysia, busting out Bollywood dance moves with a Sikh gentleman in India and cracking jokes with witty Buddhist monks at a temple stay in South Korea, I’ve realized that religion plays a very small part in who we are as people. Yet, there is valuable insight to be learned from each.

I’ve found that the poorest of the poor (like the children in the barrios of Mexico willing to share with me their meals when they barely had enough for themselves) are usually far more generous than the wealthy.

Most importantly, I’ve recognized that just because a culture does something differently, it doesn’t make its people inferior or repulsive or backwards. In fact, diversity is what makes our world such a beautiful place to live, wander and discover. 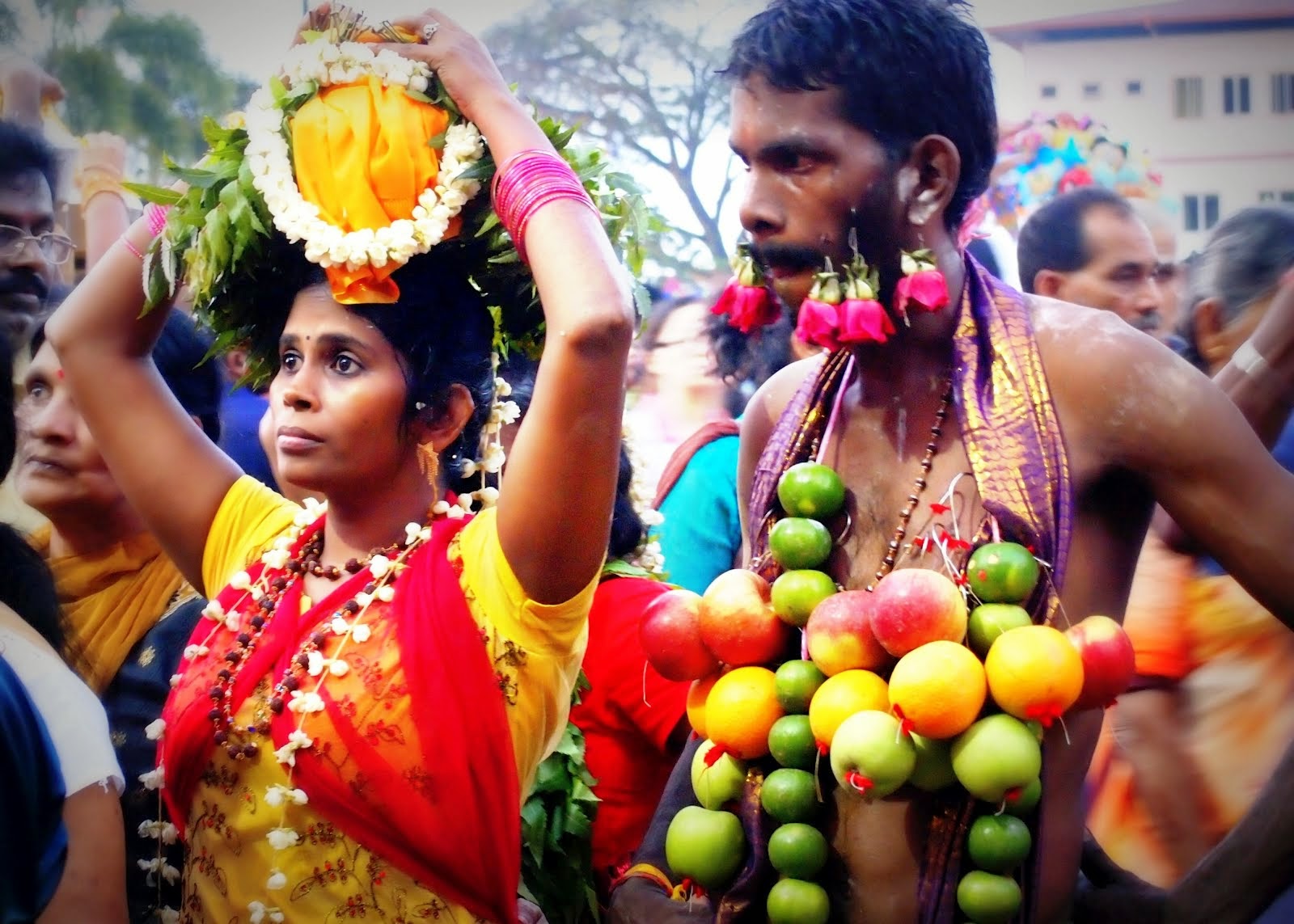 Yet, despite our differences, we are all still human.  Body image issues, heartbreak, regret, pressure to succeed, insecurity, uncertainty about the future, desire to love and be loved in return. We may have different words to express these concepts, but we all experience them in the same way. 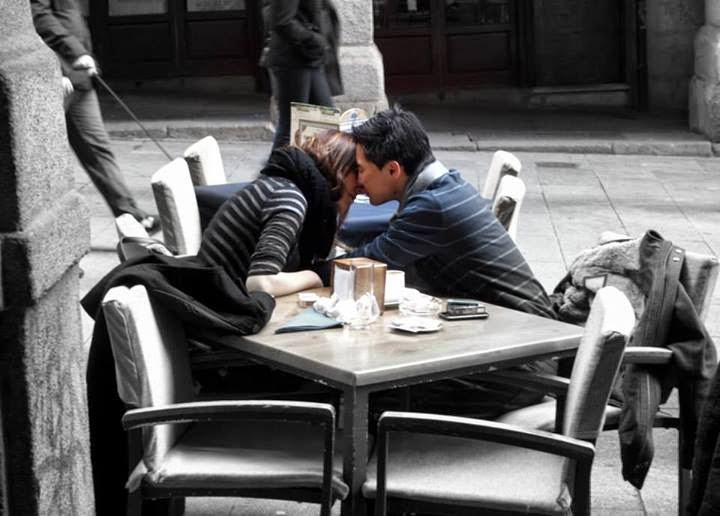 We are more than capable of overcoming tribulations independently.  When we challenge ourselves to get out of our comfort zones and to throw out our safety nets, we are able to more easily recognize the vulnerability that exists within ourselves. It can be scary at first- terrifying, even.

I was once hospitalized with an E. coli infection in Agra, a mere 24 hours shy of going into septic shock. I was quite certain that I was going to die there, in that crappy hospital room, smack dab in the armpit of India, thousands of miles away from my family and loved ones. I stuck it out and, after a few days of powerful antibiotics, Hindi soap operas and suspected anti-anxiety pills, I left a new person. Or, a less fearful one at least.

Whether it’s being robbed, hospitalized, lost or even unable to read a menu, we encounter situations that require us to respond without the assistance of others, forcing us to make our own decisions, which ultimately increases our confidence and certainty of ourselves and our abilities. 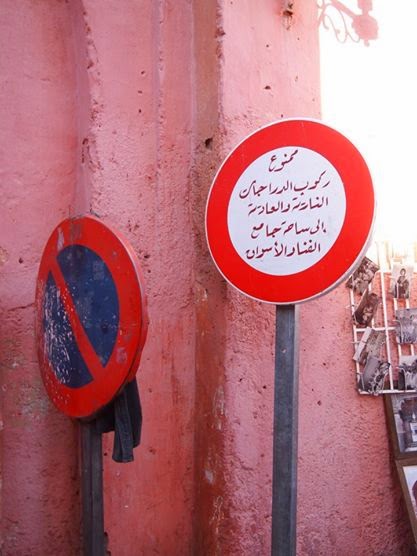 We need a lot less than we think we need.  I grew up in a world submerged in consumerism and excess and was taught that I needed the most fashionable clothes, the latest technology and a beautiful home and car to be happy.

After spending countless nights in homes with minimal electricity, taking showers with a maximum of two buckets of water and not having a car or a TV or a dryer for five years, I can honestly say that those widely-believed ideologies are nothing but bullcrap. I’ve come to learn that we do not need stuff to have an enriched life; in fact, when we own less, we are slaves to less.

The lack of creature comforts is irritating at times, but after getting accustomed to a simpler lifestyle, we are able to focus on more important things, like our relationships and life experiences. Sometimes, like in my case, it takes traveling to countries that force us to live with less to realize this. 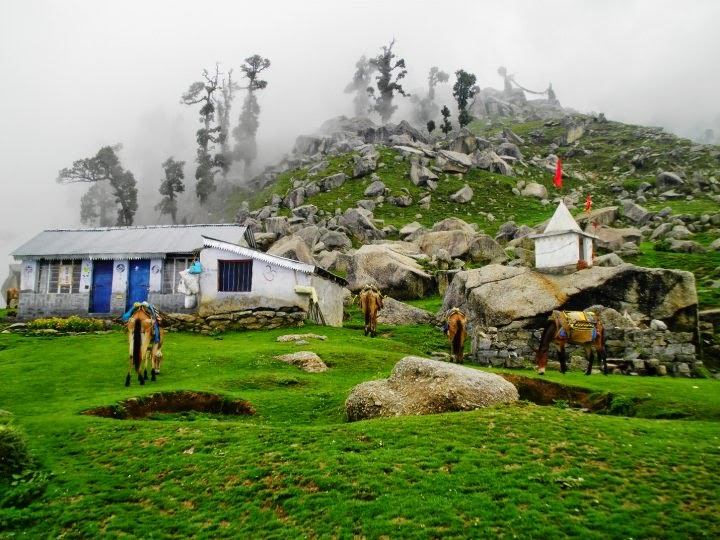 The universe opens up doors (and windows and gates) when we put ourselves out there.  Traveling isn’t just about seeing landmarks, flirting with the locals and sampling regional cuisine. (Though, don’t get me wrong, those are all added bonuses.) Traveling is about the people we meet, the experiences we encounter and the misfortunes we overcome. It’s about the lessons we learn from others, about life and about ourselves. The world is our classroom; travel teaches us more than we could ever expect to learn in the comfort of our homes. We just have to be ready and willing to let it happen.