By Mimsie Ladner on Friday, January 5, 2018
Spend enough time in Korea and you will get asked the inevitable question: What’s your blood type?

When I was first asked about my blood type, I wasn’t able to answer. In fact, I’ve observed most of my North American and European friends are uncertain of their blood type. Is it important to know? Sure. But outside of medical-related situations, blood type is not really something that most people from western countries are concerned about.

In East Asian countries like Korea and Japan, however, one’s blood type is discussed as often as one’s zodiac sign or personality type. 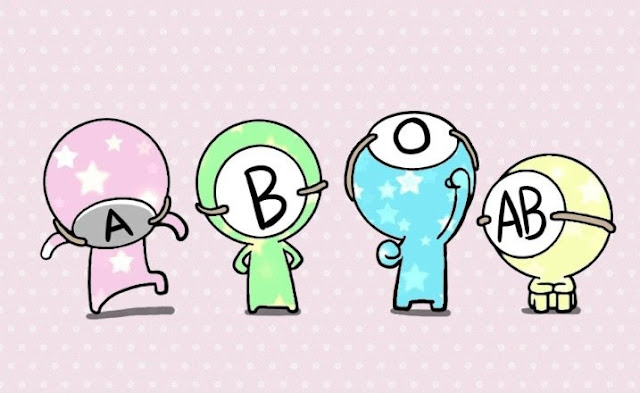 That’s because many believe there are a number of characteristics that are shared by each blood type that outline one’s personality, romantic compatibility and even one’s health status.

Type As are thought to be considerate beings and are often caring of others. They are also said to be sensible and patient. Despite these positive traits, they have many faults, too. These include being stubborn, fastidious and uptight. Even in the West, we might associate these traits with a type A personality, which is usually correlated with a higher risk for diseases like coronary heart disease.

Type O people are independent, ambitious, confident and natural born leaders. They are, on the downside, vain and jealous. As a type O, I consider myself to have a few of these traits. Famous Os include Elvis and John Lennon. I guess I’m in good company.

Type AB is said to be cool, controlled, and rational, often sociable and popular, but aloof and indecisive. Both Marilyn Monroe and JFK are famous ABs, or so says the interwebs. 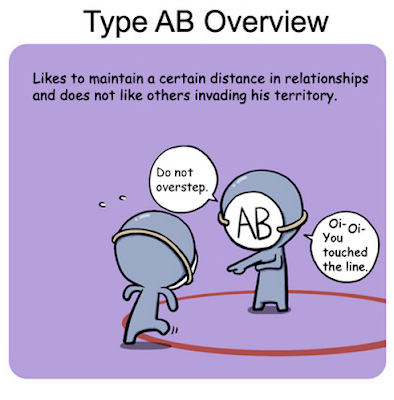 Finally, the most famous of the blood types in Korea is type B: the passionate, unpredictable individualist. These types are charismatic but are careless and overly selfish. It’s no surprise that the type B guy is feared by women, as he’s often labeled a playboy. (Would you believe Paul McCartney, Leonardo DiCaprio AND Jack Nicholson are ALL Bs!?) There was even a movie made based on this theory named “B형 남자친구” (“My Boyfriend is Type B”) about a type A introverted girl interested in a type B bad boy. 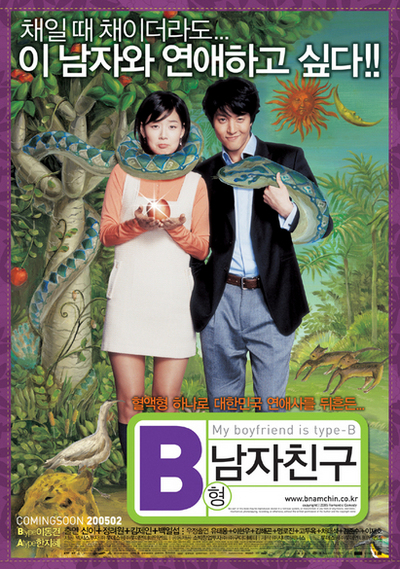 Blood types have become more ingrained in Asian pop culture, as evidenced by t-shirts, key chains, mugs and other nick-knacks sold in various stationary shops and novelty stores. From blood type diets to workplace order in Japan, the fascination with blood type can be seen in just about every realm of daily life.

Therefore, inquiring about one’s blood type is not rude, but rather just the equivalent of the Western “What’s your sign?” 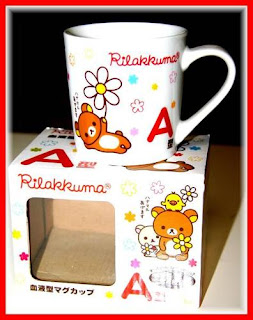 The type hype, however, is not limited to stationary shops and diets in Korea. K-pop, too, has been infiltrated by the culture. Boyband B1A4, for example, was named by tabulating each member’s respective type. Moreover, celebrities’ biographies are not complete until their blood type has been made known to the public.
I can’t be certain, but I wouldn’t be surprised if blood type is also mentioned in personal ads, too, as there are even guidelines stating which blood types are most compatible. Good news for type AB: you are compatible with everyone! For the rest of us, well, I guess we’ll have to find out via trial and error, all the while keeping a keen eye out for those unpredictable Bs.

What’s your type? Do you believe the traits mentioned above match your type?