By Mimsie Ladner on Wednesday, February 4, 2015
Although there aren’t any statistics to back this up, I assume that Seoul, South Korea has a bigger concentration of cafes than any other city in the world. Which is pretty impressive, considering that coffee was practically unknown until the late Joseon dynasty in the early 1900s. Even then, coffee shops, or dabang as they were referred to, were few and far between, with Seoul’s coffee culture only developing into what it is today in the 2000s.

The early dabang (다방), unlike the franchises and themed cafes of today, were small gathering places where the young would hang out to listen to music, spend some time with a date, or look for a new significant other. Some dabang had sketchier reputations, and were places men could call to have coffee delivered to their homes, complete with a pretty female server. I’ll let you figure things out from there. 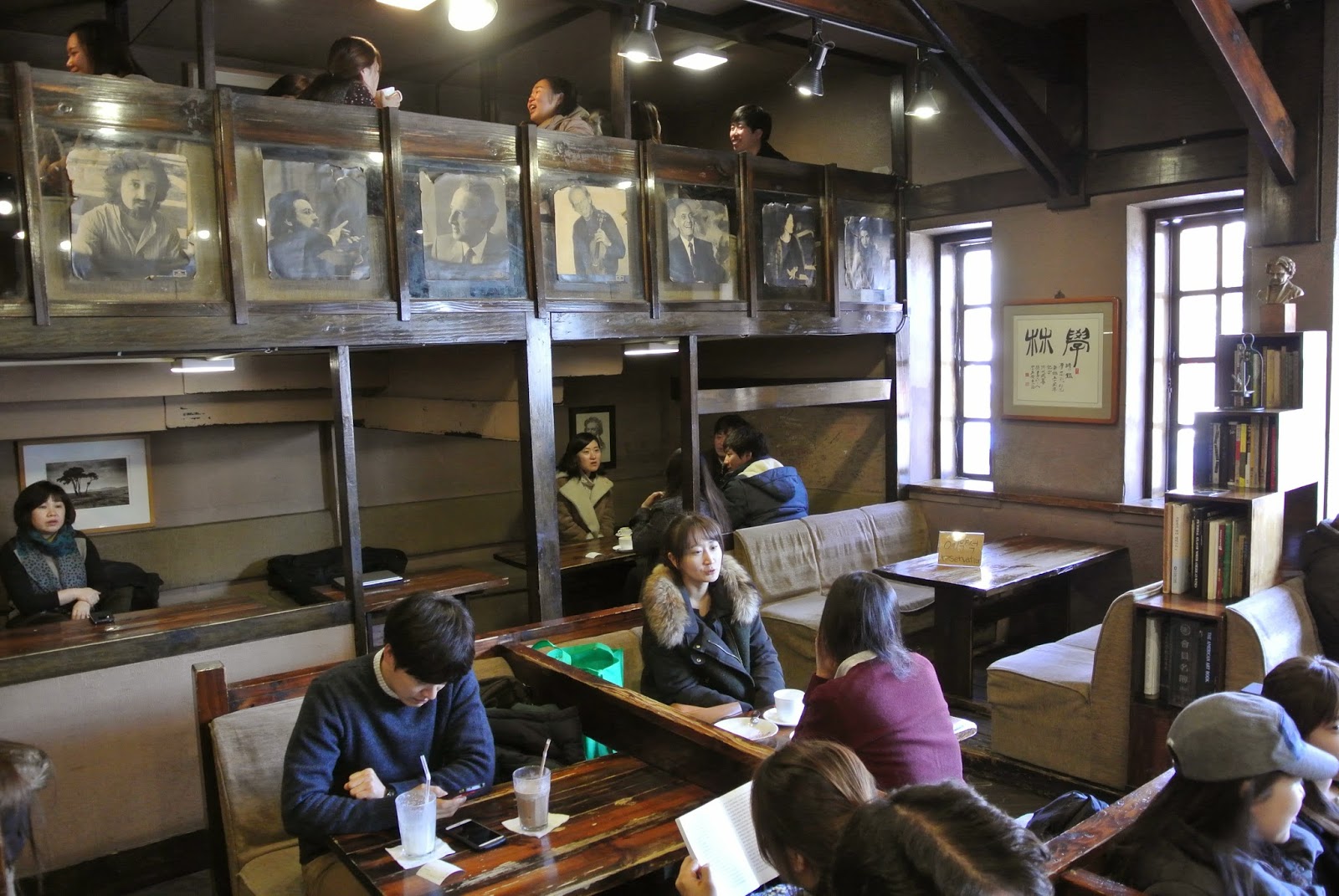 These days, traditional dabang are fairly difficult to find in Seoul, as most have been replaced by bigger (and in the eyes of young Koreans, more stylish) chains. Yet there’s one little gem that has stood the test of time and whose doors have remained open to this day. 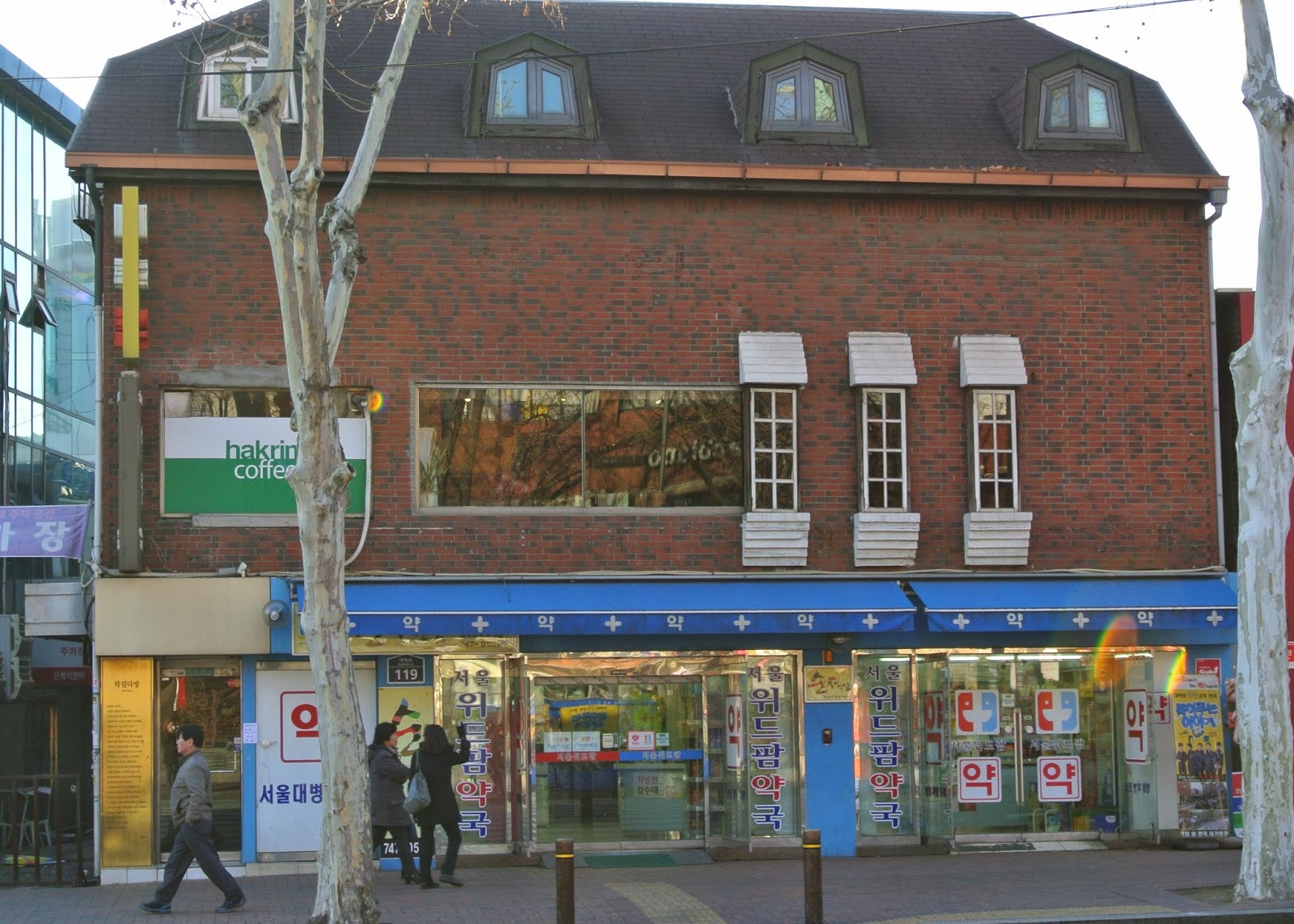 Hakrim Dabang is nestled in the theater district of Hyehwa and is one of Seoul’s oldest, opened in 1956. In its early days, Korea’s students struggling for democracy used to discuss philosophy, literature and art at this very place.

If I had to guess, I’d say that not much has changed since its opening, as every detail of the cafe seems to possess the spirit of earlier times. A collection of browning vinyl records sit neatly organized under a vintage speaker. Wrinkled black and white portraits of composers and musicians overlook wooden booths and shelves of vintage photography books. And the walls, with chipping paint and an occasional love note scribble, threaten to confess every secret of the cafe’s former visitors. 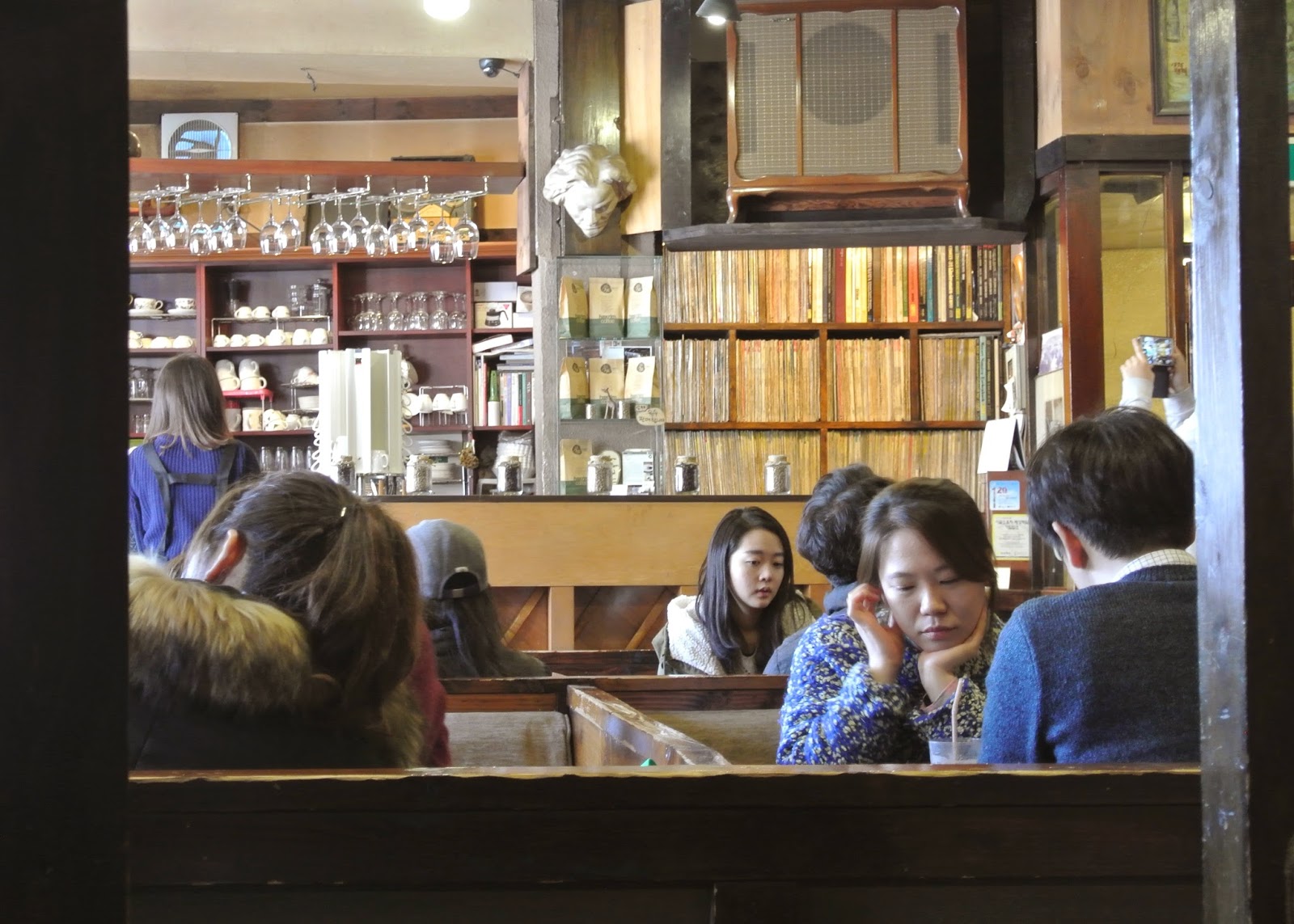 Patrons of all ages, from the very young to the very, very old, chat and sip their beverages, which are far more enjoyable, no doubt, than the instant coffee once served in institutions like Hakrim. In addition to having their own house blend (which starts at ₩4,500 a cup), the dabang also offers lemonade, a nice selection of teas and even cocktails. Their homemade cream cheese cake (₩5,000) is also a popular item. 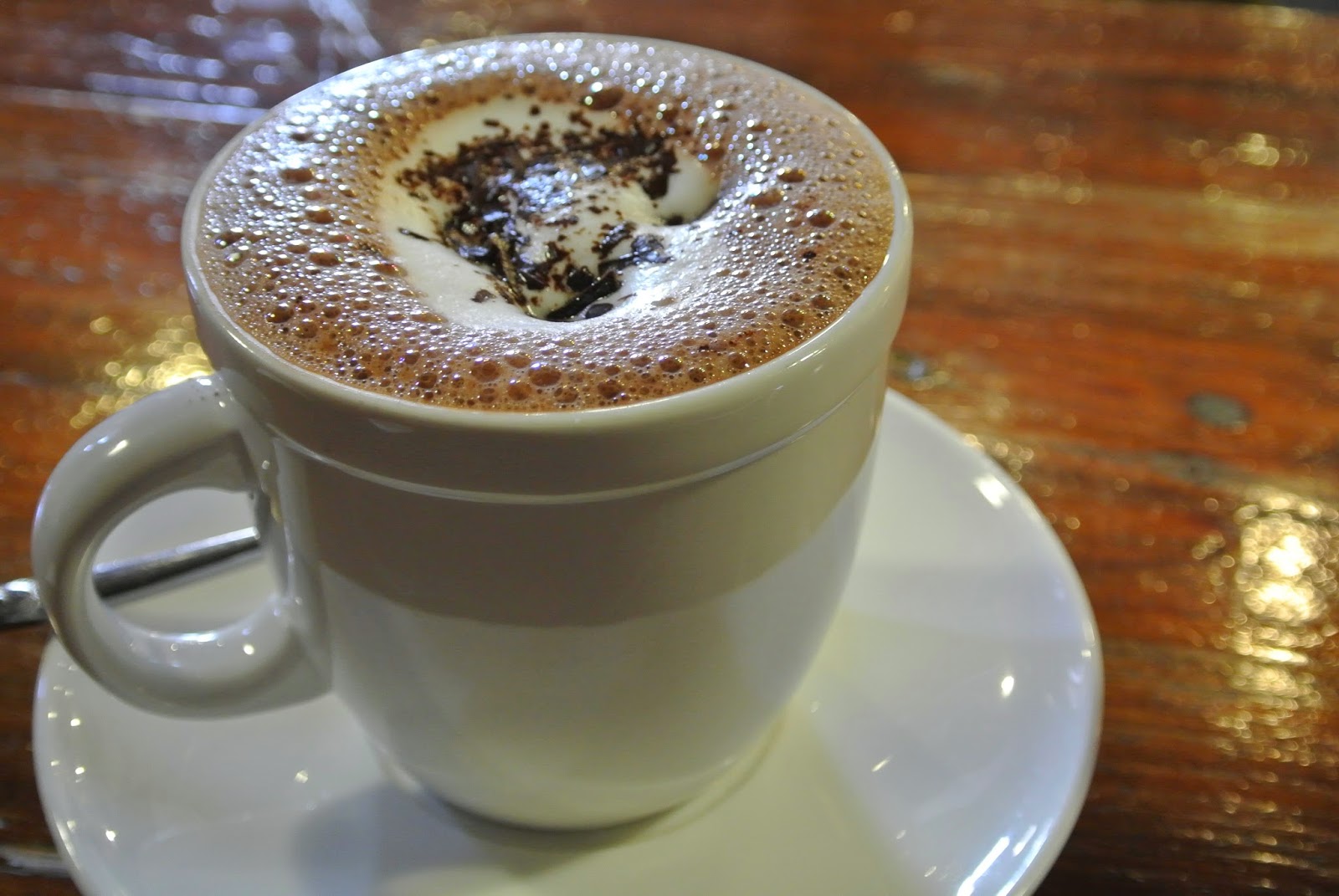 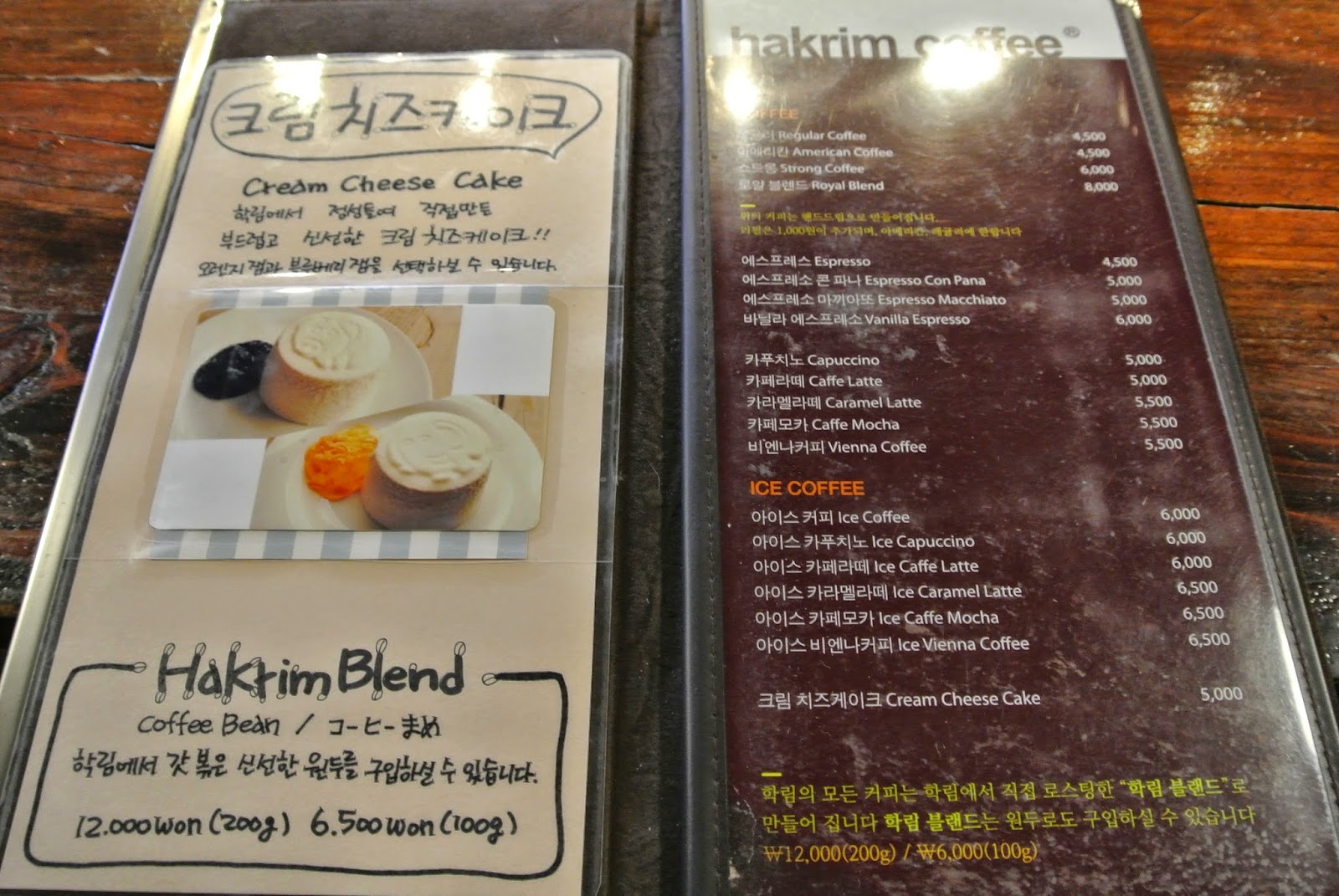 Hakrim Dabang’s nostalgic atmosphere has made it a popular filming location. K-dramas The Heirs and My Love from the Star have both had scenes set in the cafe and as such, the cafe has become pretty popular with tourists and locals alike, and stays quite busy throughout the weekend. Still, nothing feels touristy about this place. In fact, an afternoon spent here sipping coffee and taking in the mellow sounds of classical music makes one feel as if he or she has traveled back in time a bit, back to a day when things were slower and simpler.

A scene from My Love from the Star, shot in Hakrim Dabang. (Photo: SBS) 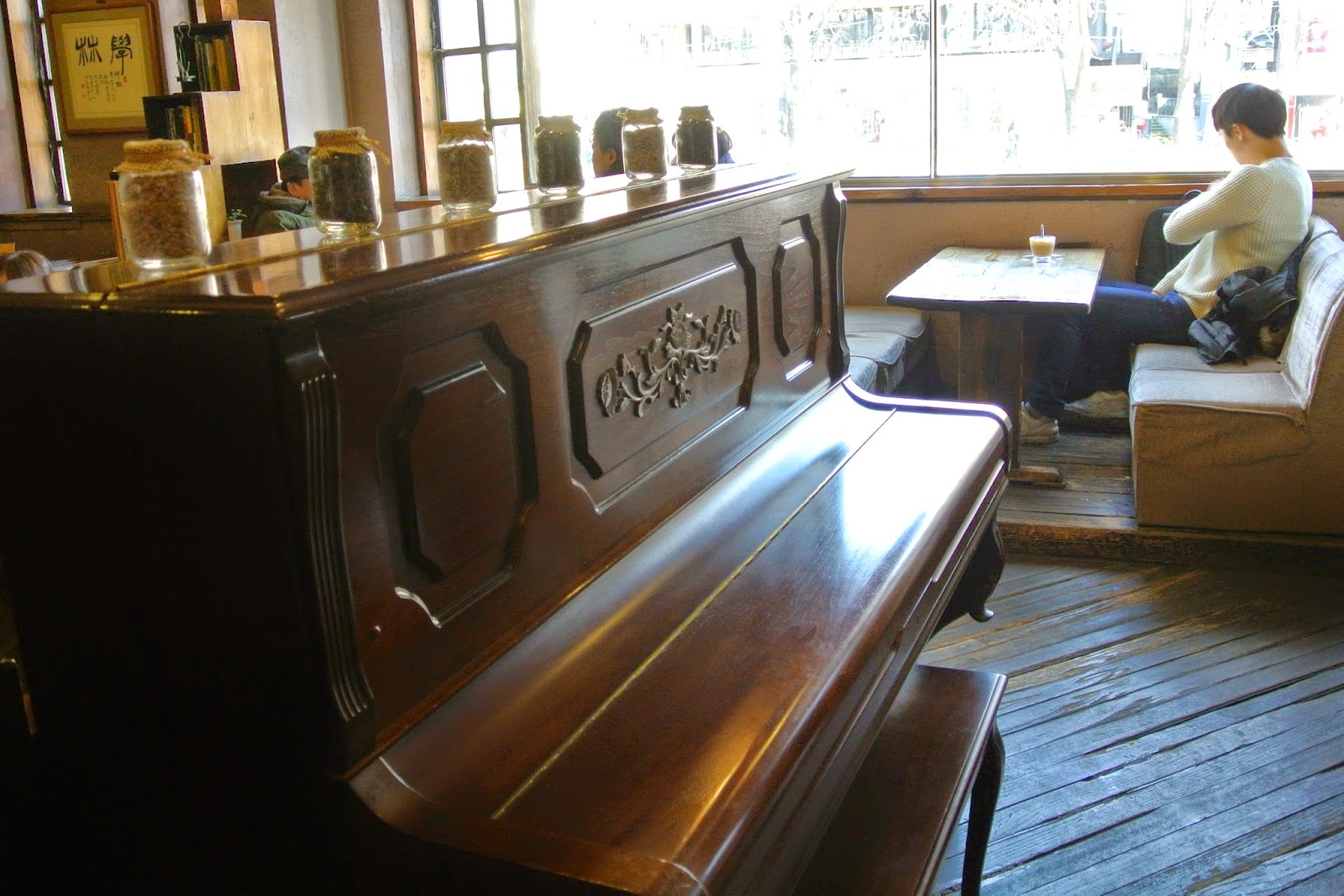 As Korea’s coffee culture continues to evolve and entrepreneurs are forced to think outside the box to create innovative cafe spaces and coffee beverages, Hakrim Dabang will remain a reminder of the beginning of it all, and a place to relive the memories and times of the past. 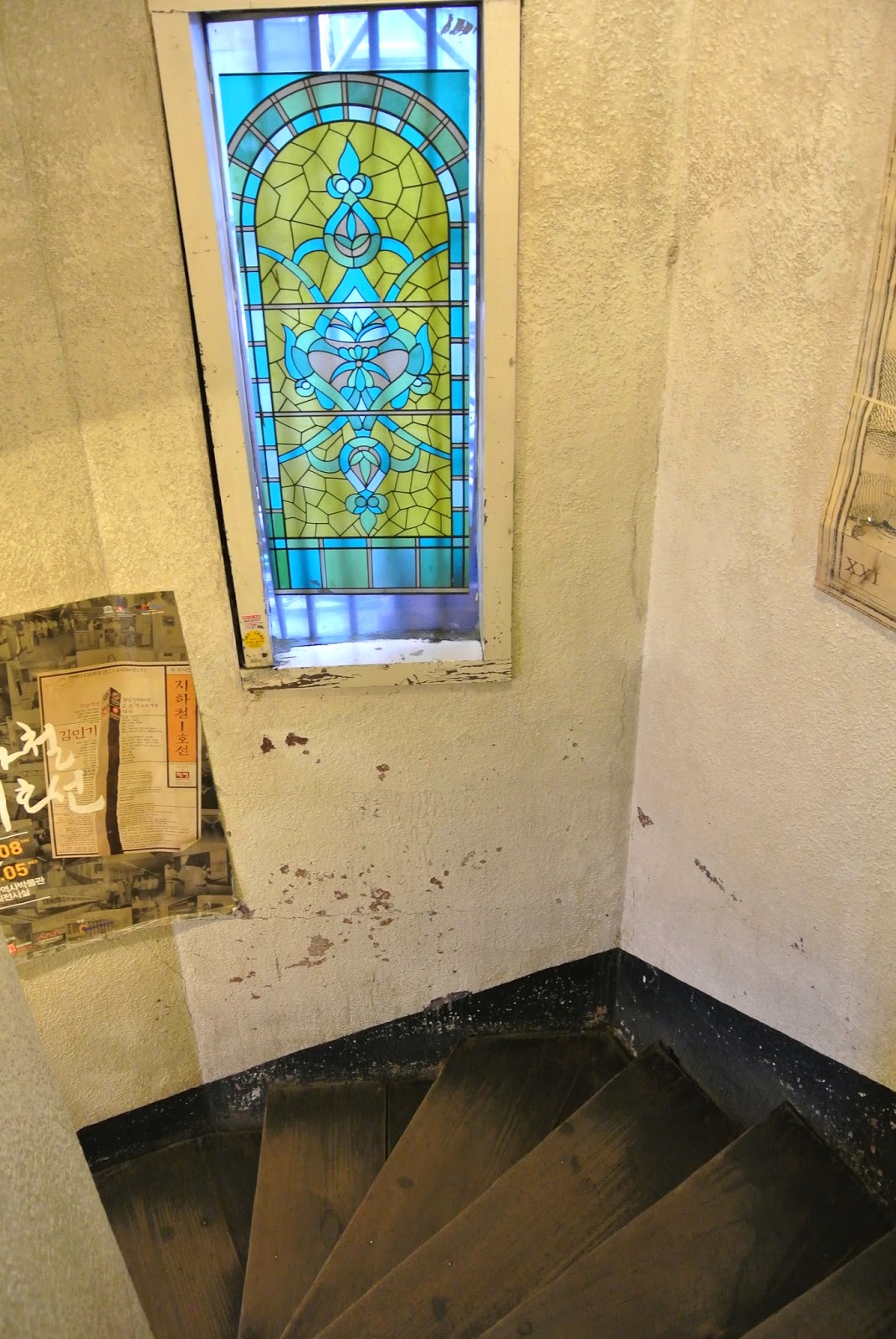 How to Get There: From exit 3 of Hyehwa Station (Seoul Subway Line 4), turn 180 degrees and walk straight for a few minutes. Hakrim Dabang will be on the left.