By Mimsie Ladner on Thursday, March 9, 2017
Barugongyang offers up authentic Buddhist temple cuisine using only fresh, local ingredients. Read on for my personal review of the restaurant’s peaceful atmosphere and thoughtful course meals.

It’s only been fairly recently that we’ve learned how eating greener and cleaner rather than focusing on calorie and fat counts can positively affect the health of our bodies and minds. With trends like CSAs and slow food movements becoming all the rage in the nutrition world, we’re taking a step forward toward healthier lives.

However, the Buddhist monks of Korea have been slightly ahead of this trend. And by slightly I mean by hundreds of years.

Strictly vegetarian, Korean Buddhist temple cuisine uses only natural flavoring agents such as kelp, mushroom, wild sesame seeds and raw soy bean powder to assist in maintaining nutritional balance while at the same time delivering a simple, clean taste. Moreover, the food lacks the ingredients usually found in Korean cuisine such as onion, garlic and chili powder. I mean, can you imagine Korean food without this holy trinity of ingredients?!?! 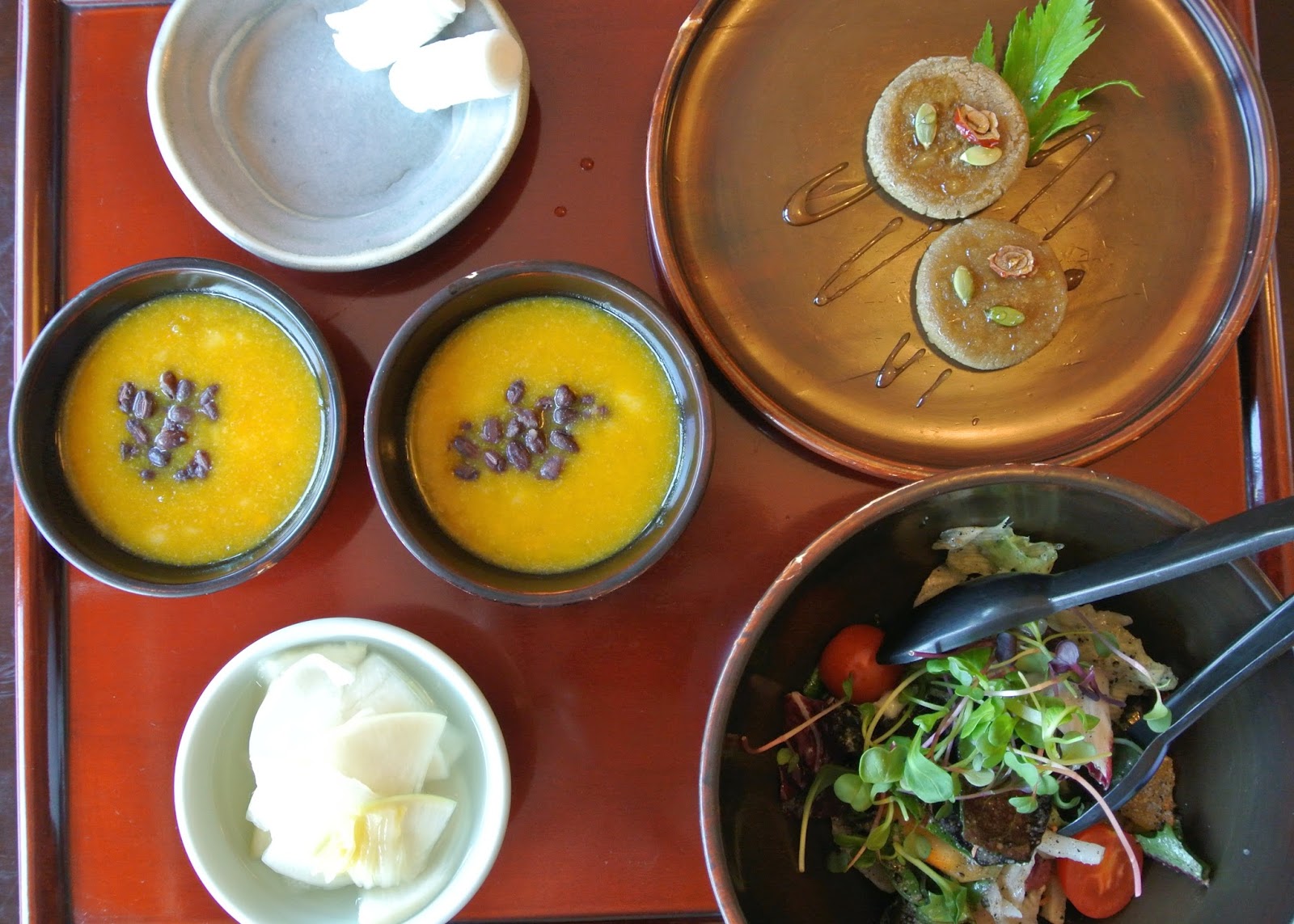 Temple food also utilizes medicinal plants from local forests and mountains and focuses on using every part of the ingredient, so there is no waste. This includes using the water used to wash vegetables and rice as a base for soups, and incorporating even the seemingly inedible parts of the ingredients into the dish. This “complete consumption” concept is also followed in temple complexes, where monks only take as much as they can eat during meal times.

Situated on the fifth floor of the Temple Stay headquarters, just across the street from Seoul’s iconic Jogyesa Temple, is Barugongyang (which is also known as Baru, as well as Balwoo). Adorned with minimalist furnishings in natural color schemes and encapsulated by floor-to-ceiling windows which illuminate the space with plenty of light, the restaurant exudes a relaxing atmosphere. Separated into two dining areas — Western-style tables and traditional floor seating — the restaurant expertly balances the old and new. 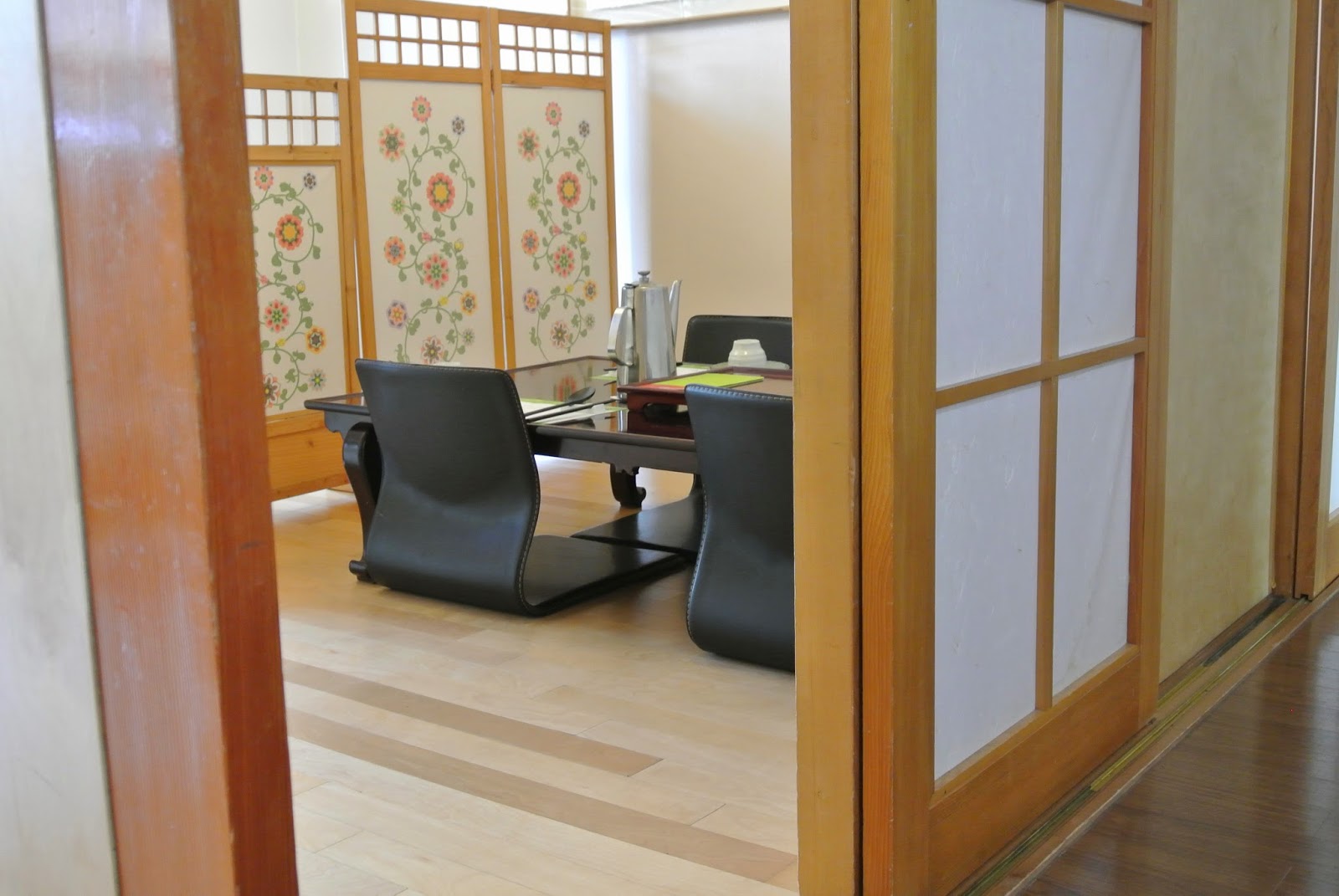 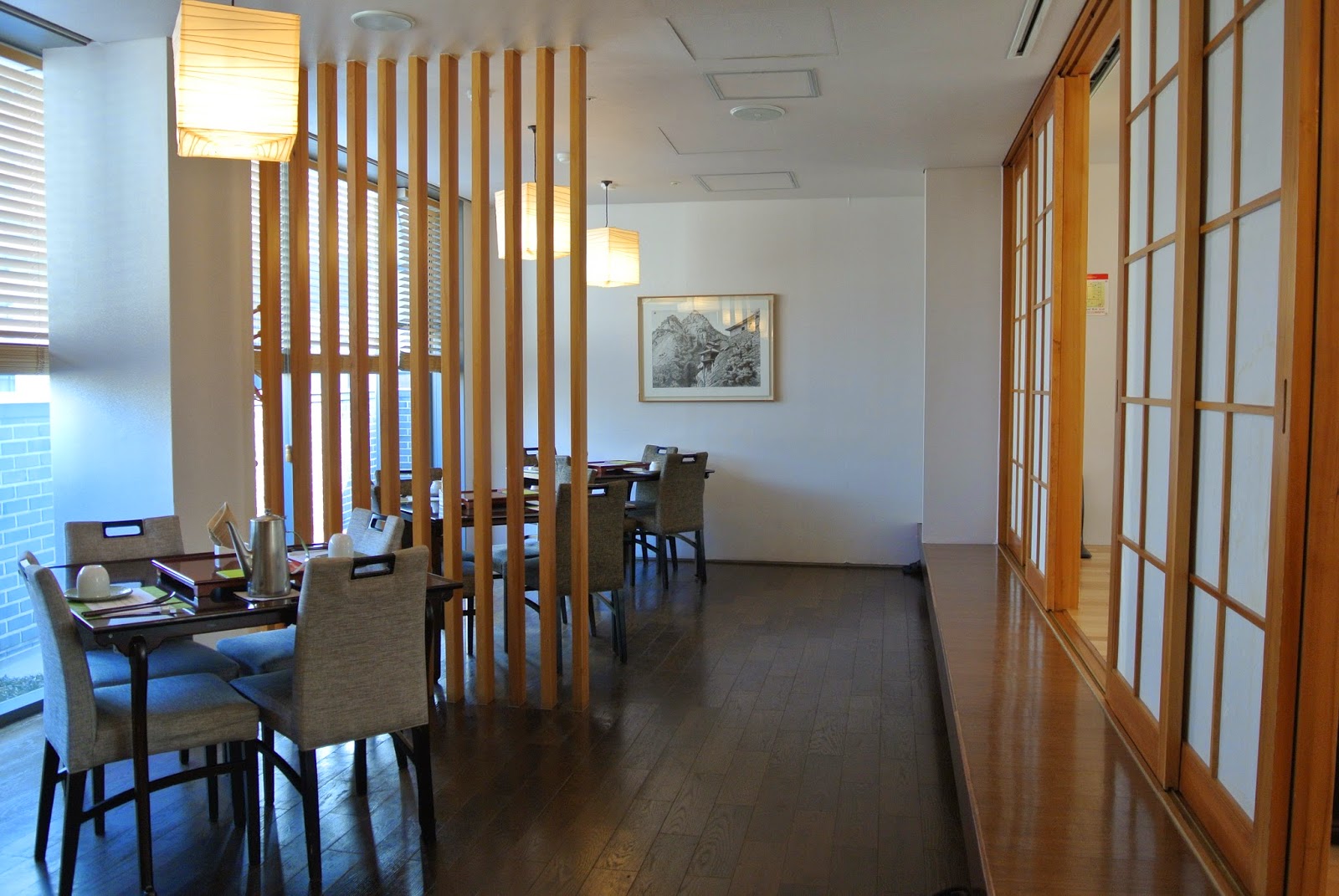 On the menu is a variety of pre-fixed seasonal course meals that start at ₩27,000, each offering up an eclectic sampling of dishes commonly found in formal monastic meals.

My friend and I began our 10-course lunch with a small bowl of smooth pumpkin juk (porridge) garnished with chewy rice cakes and red beans, which, with the delicate lotus tea, warmed us up immediately. A black sesame salad of slightly bitter but incredibly fresh mixed greens followed, which paired well with the burdock sweet rice pancakes, beautifully embellished with flower-shaped jujube garnishing.

At this point in our meal, the restaurant got a bit noisy. As it turns out, Barugongyang is a popular spot with the local chatty ajummas. Still, our little corner of the partitioned off floor seating section gave us a lot of privacy. 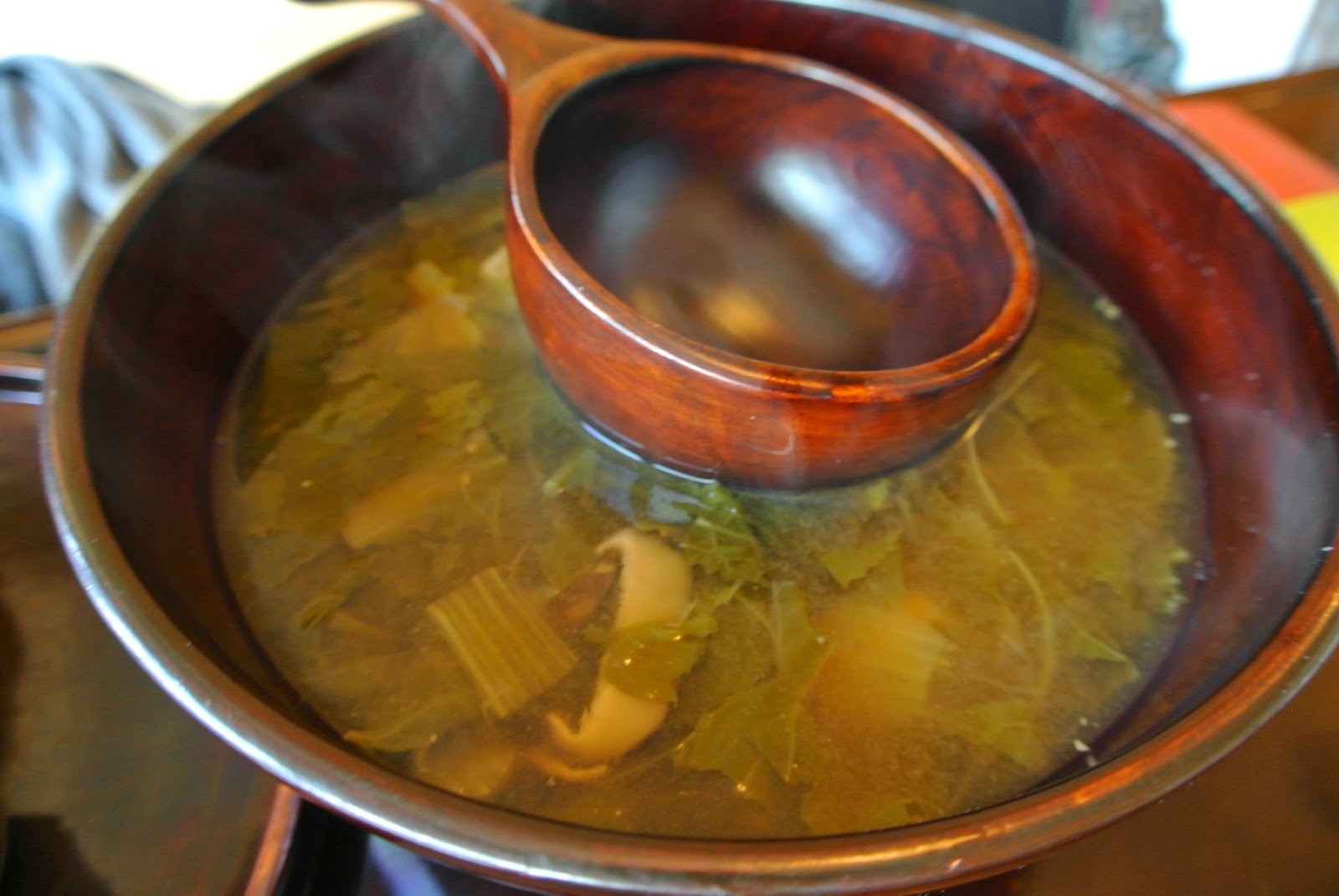 Wooden plates of soft bites of tofu, pumpkin dumplings and vegetables topped with teeny rice cakes followed. These dishes were notably bland on the first bite but transformed into something wonderful when dipped into the restaurant’s magical soy sauce which, because it was so thick, didn’t really resemble soy sauce at all.

The highlight of the meal was the mushroom “tangsuyuk“, a delectable combination of deep-fried shiitake mushrooms smothered with a sweet though slightly overpowering apple sauce and tossed with apple, lotus root, carrot slices and pumpkin seeds. Saucy crunchy deep fried goodness. 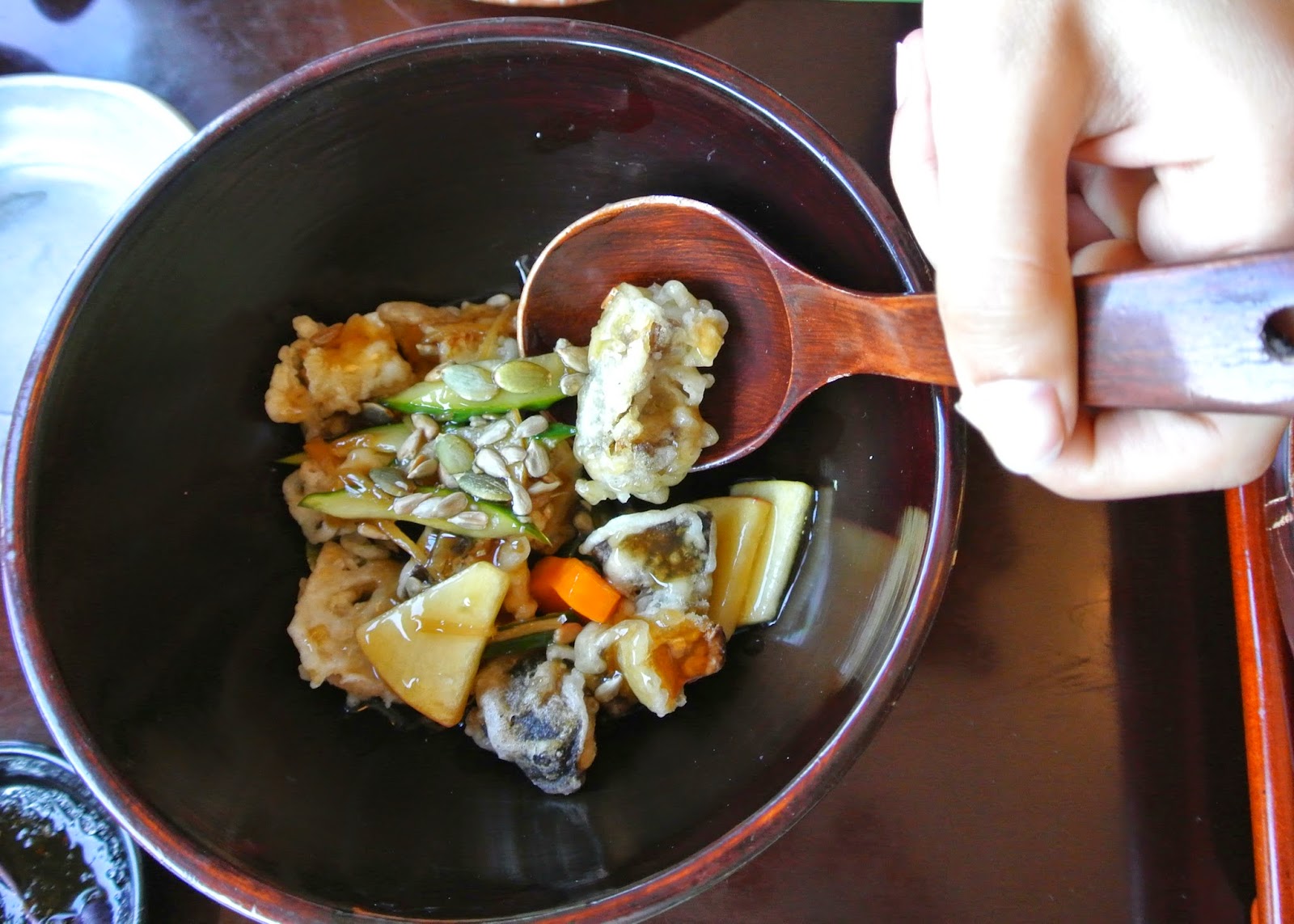 The tteok guk (rice cake soup), though usually a favorite of mine, could have been omitted as the portions of the following dishes were quite large. A big bowl of flavorful Kum-su homemade bean paste soup, made with slices of mushroom, tofu and seasonal vegetables, and the earthy lotus-wrapped sticky rice with ginkgo nuts could have been a meal by itself. These two dishes specifically were the most flavorful of the meal and I wondered how the chefs were able to create the powerful tastes without garlic and onion. 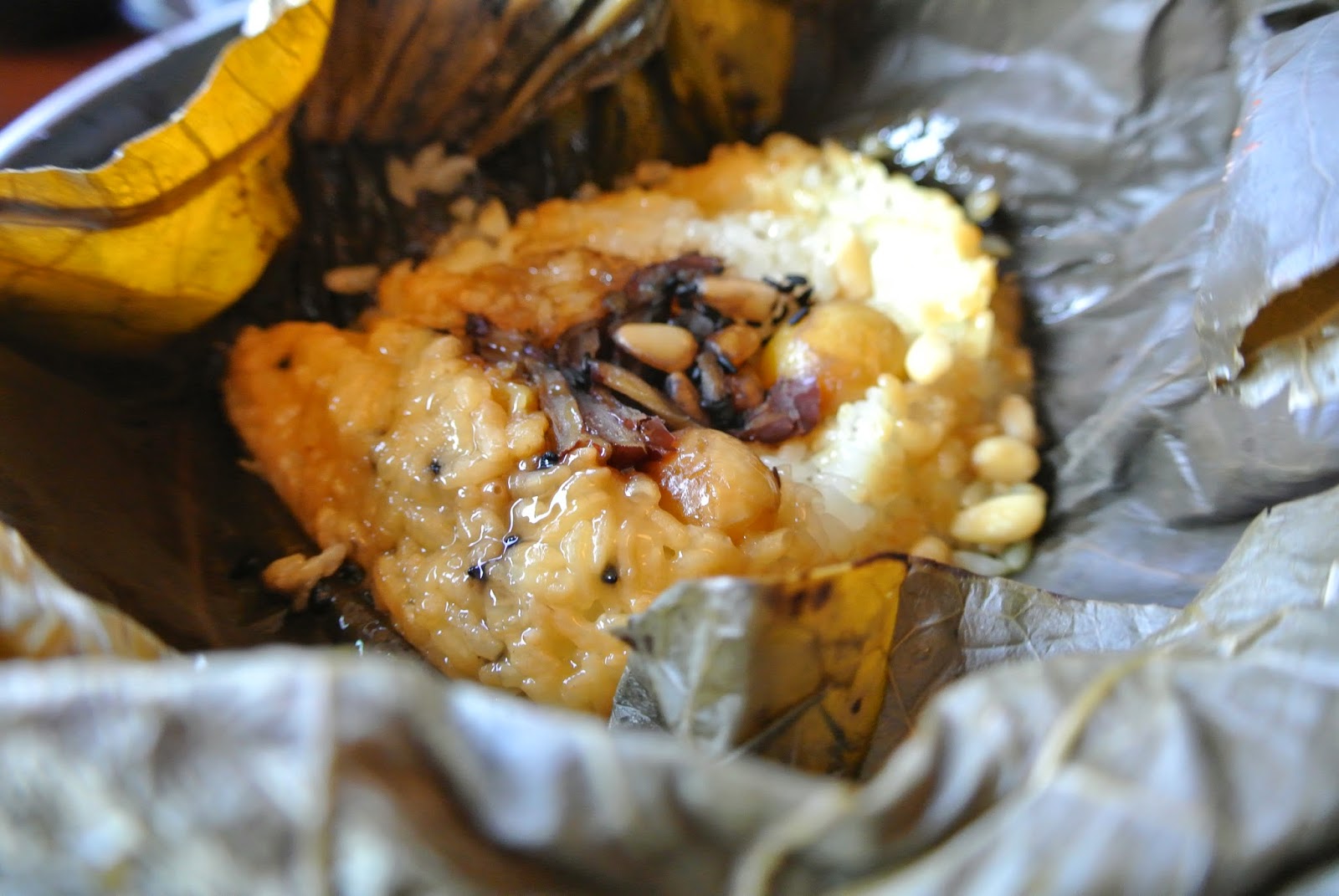 Dessert was a bowl of sweet-and-salty slices of dried goodies: sweet potatoes, lotus root, oranges and seaweed. We washed it down with a cup of the most unique shikhye (traditional sweet rice beverage) I’ve ever had, a perfect ending to a delicious and nutritious meal. 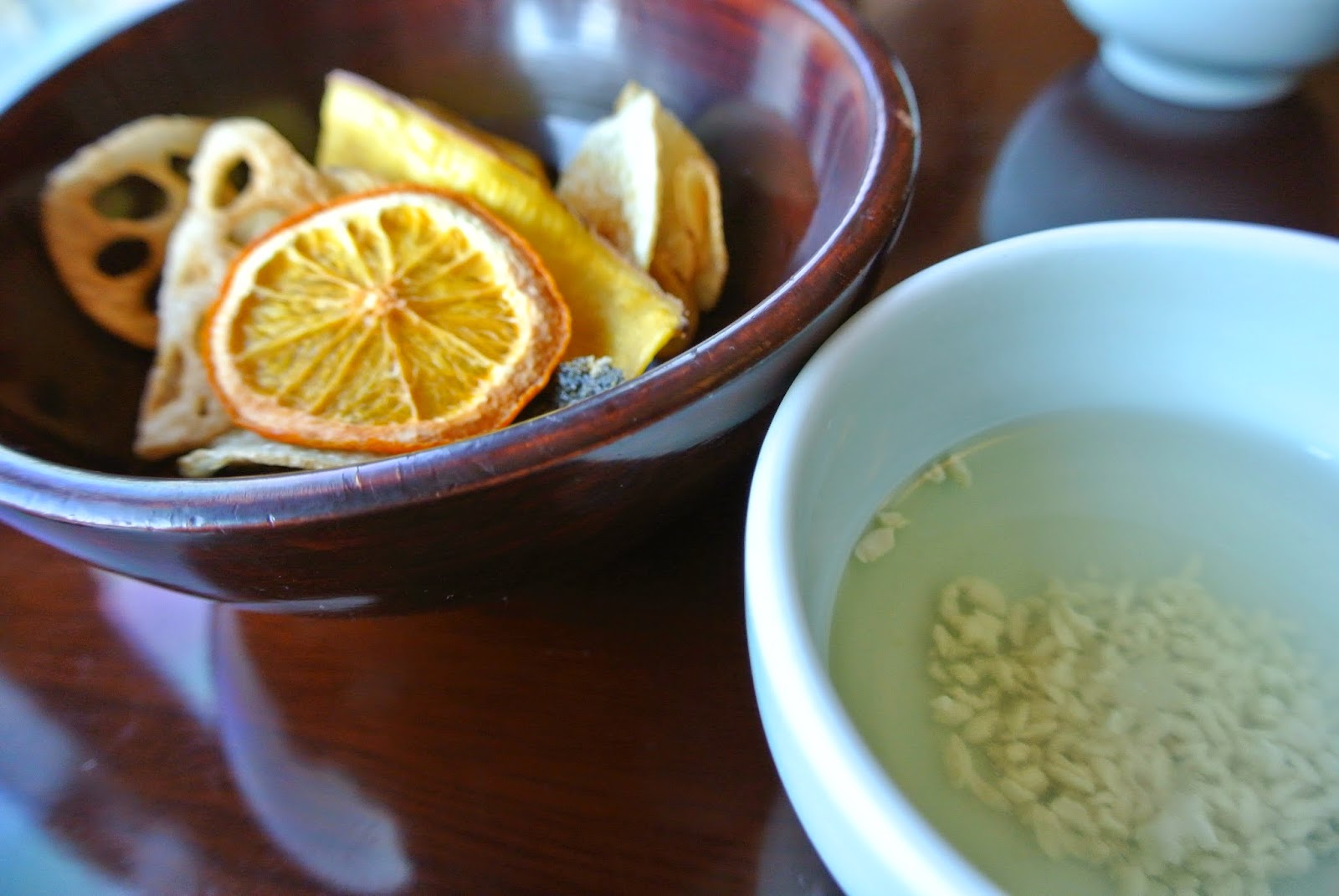 On the way out, we found out that there is additional temple food restaurant on the second floor of the same building. Offering juk for breakfast and a lunch buffet for only ₩8,000, Barugongyang Kong is a good option for those on a budget wanting to get a taste of temple cuisine.

Be sure to also check out the Information Center on the first floor for more info on temple stays throughout Korea. You might even be asked to join in for a cup of tea with Jogyesa’s monks!

Also, if you’d like to learn more about Korea’s temple food, I highly recommend you watch the first episode of season three of Chef’s Table. The beautifully produced episode follows Jeong Kwan, a 60-year-old Zen Buddhist nun who prepares vegetarian meals for her community at Baekyangsa Temple. It is arguably the best episode to date on the popular Netflix show and her story will no doubt inspire you. 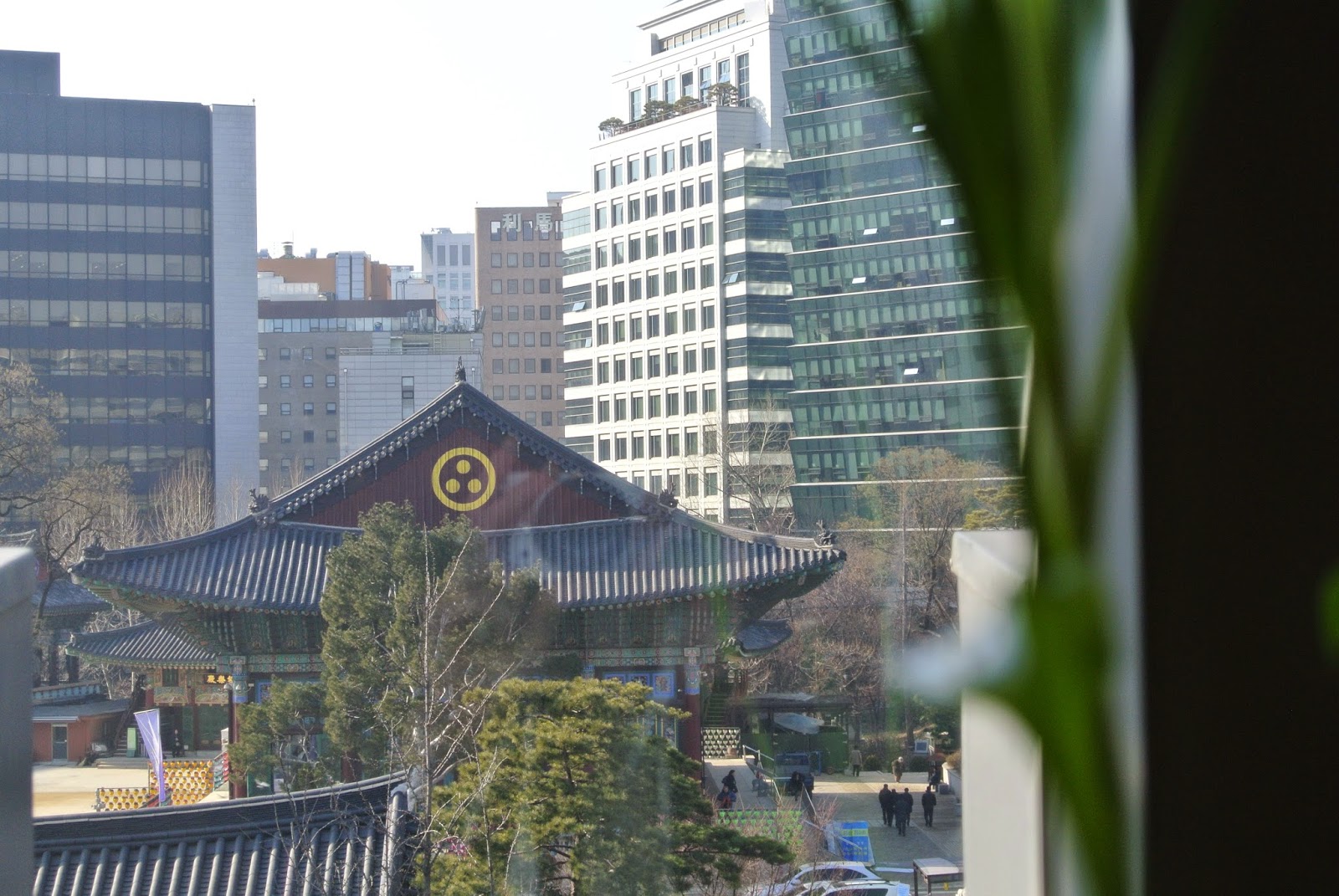 How to Get There: From Anguk Station (Seoul Subway Line 3), walk straight from Exit 6 for 2 minutes. After passing the giant paintbrush statue, take a left. Walk straight for 3 minutes. The Temple Stay Information Center will be on your left.

*Disclaimer: Although the meal mentioned in this post was provided free of cost by Barugongyang, the opinions are, of course, my own.