Tiger Moms and Their Cubs: On Parenting in South Korea

By Mimsie Ladner on Sunday, February 19, 2012
Yesterday I got in touch with a former co-teacher at the hagwon (private academy) I most recently worked at in Seoul. I was curious about how my students were doing and how things were going at the school. The kindergartners had just finished their end-of-the-year production in which classes perform plays and dances for their parents.

Honestly, I was quite happy to have not been there for the preparation as practices are ridiculously grueling for both the teachers and students. Children as young as 4 are forced to memorize lines and dance moves until they are learned perfectly. The end result is a grand showcase of what the students had accomplished during the year.

After having spent weeks preparing the scripts and assigning roles to the students, my co-teacher became infuriated when one of the grandmothers of a child called complaining that her grandson had fewer lines than the narrator. Then another mother came to school, requesting that her child be positioned in the center of the stage at all times.

Was this a surprise to me? Absolutely not. I had seen plenty of this type of behavior from parents—almost always the mothers—over the years I taught in Korea. We used to joke about it in the office. Whenever a mom would call making some crazy demand that her preschooler be tested more often or that her child be seated next to the teacher, my Korean co-workers would roll their eyes and swear that they would never become one of those Korean moms. 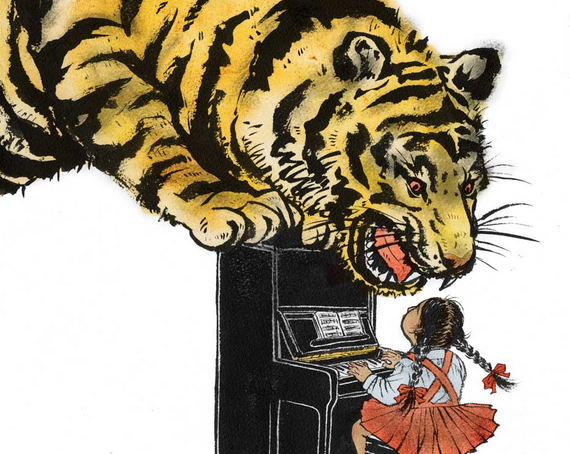 The fact is that Korean mothers, and Asian mothers in general, have always had this reputation. The Korean mom generally takes a tough love approach to parenting, avoids giving too many hugs or too much approval, and perpetually makes outlandish demands to ensure that her child be the cream of the crop.

In recent years, this style of parenting has become quite the controversy in Western nations.  Somewhere in the middle of it all, a title was created for these mothers and even they refer to themselves as “tiger moms.”

I was surprised by my students’ academic abilities from the moment I started teaching them. Instead of speaking to my 5-year-old class in a slow, clear voice that I might have used in any other ESL setting, I spoke to them in the same way I would talk to an American child of the same age. If they didn’t understand a word I used, they would ask its meaning, and incorporate it into their own conversations later on in the day. I’d enter the classroom after lunch and while some students would be reading English children’s books effortlessly, others would be practicing the new phrases they learned in Chinese class. Still others would be drawing pictures with such artistic skill that even I couldn’t produce anything close to what they were doing.

“Damn,” I often thought to myself. These kids were so far ahead of their Western counterparts.

From an early age, Korean children are pushed to be the very best in all that they do. My first graders often told me about their daily schedules: elementary school, English academy, math tutoring, taekwondo practice and piano lessons. By the time they get home, they eat dinner, do their homework, and it’s off to bed. And that’s just elementary school. 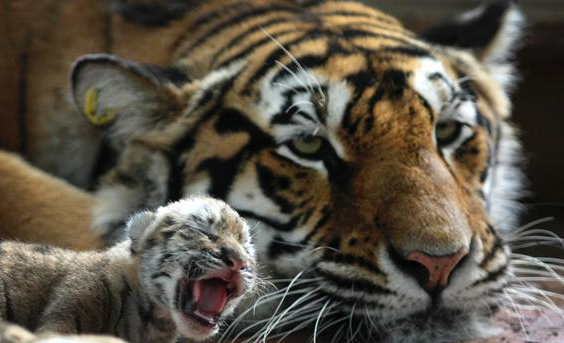 The older they get, the more they are forced to study. I often see high school students sleeping on their books at Starbucks at 11PM on any given day. Study hall and tutoring classes go well into the late hours of the night, though the government has started to crack down on these private schools by issuing fines to any institution holding classes after certain hours. Fortunately for students, the Korean government has also finally put a halt to weekend schooling in some provinces. Considering parents still insist that their children attend private academies on the weekends, things haven’t changed much.

It sounds tough. I know. But I have to admit that as a result of pushy parenting and a society that demands education be a priority, Koreans are smart. They’re artistic. They can play instruments and sing and play a mad game of chess.

The country is also significantly safer than Western nations, as citizens learn early on how to function in society, work hard, and respect one another. As middle and high school students don’t have time to be involved with drugs or alcohol, you don’t see loitering juvenile delinquents or pregnant teens or high school drop outs. Sure, they exist in small numbers.  But you just don’t seem them. There are various factors that play into this, Confucianism being one of them, but it’s undeniable that tiger parenting is a highly influential factor in it all. Westerners may be hesitant to think that tough love results in anything good, but I say they should come to Korea and see the exceptional traits of its citizens firsthand.

Yet, Eastern style parenting does have its flaws . I firmly believe that children deserve to run around, be kids, and find themselves as individuals. So often Korean parents place such emphasis on making their children fit in with a group that they completely ignore their children’s personalities, interests and goals. 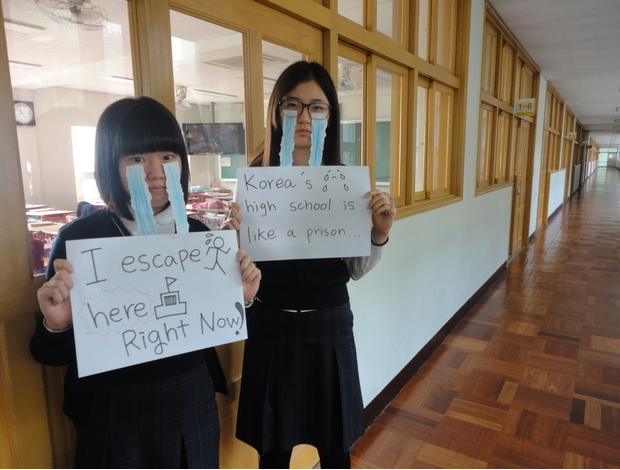 I once had a student whose mother forced her to take traditional Korean dance and music classes in addition to having private art, math, English, and Chinese lessons at home. When the child stated that she would rather take jazz dance lessons, her mother acted as if she didn’t even hear her. This same mother also often called her daughter “hobac” (literally “pumpkin”; a Korean insult meaning ugly) and made the daughter- who was 6, mind you- go on a stringent diet. Occasionally, the daughter would act out, cry, and even developed a habit of pulling out her eyebrow hairs when she became overwhelmed with studying.

A negative result of tiger parenting is that Korean children tend to bottle up their feelings, unable to express themselves to their parents. This tends to carry on into adulthood, as the Korean workplace, much like tiger moms, demands long hours and top-notch performance results. Korea may have very low crime rates, but their suicide rate is one of the highest in the world.

So, there are positive and negative aspects to Asian style parenting, as there are with Western parenting. However, Westerners would be smart to take on a bit of the tiger mom role when disciplining their children instead of rejecting the concept of tough love all together. I’ve seen plenty of moms who try to be their kids’ best friend and honestly, it has never ended well.

Sure, no system is perfect and no person is a perfect mother or father; balance is key to anything in life and parenting is no different. As the world becomes more global, especially with economic powers transferring to the East, it’ll be interesting to see if family culture will also merge.