By Mimsie Ladner on Wednesday, December 19, 2012
Not many would know what to do with a set of abandoned railroad tracks, useless mountain tunnels, and a stretch of coastal scenery.  Yet, the folks in Samcheok, a city located on the eastern coast of Korea, found themselves with these seemingly purposeless components and turned them into a clever tourist destination.  Leave it to the Koreans to create something from nothing.
The Samcheok Ocean Railbike offers visitors a unique opportunity to experience the beautiful vistas of Korea’s eastern shoreline and the East Sea (or, to the rest of the world, The Sea of Japan).  My friend Marie and I were scheduled to take a ride on the railbikes while filming “Railroads” for Arirang TV’s “Top 10 Korea” last month.
After getting soaked filming a segment on one of Samcheok’s gorgeous but windy beaches, wandering around a lighthouse, and talking some fisherman into letting us hold their fishing poles for the cameras, we made it to Gungchon Station, the starting point of the railbike experience.  Arirang TV had already made our reservations, so we only had to show up and wait for boarding to commence.  Apparently, reservations must be made beforehand, as the attraction can get quite crowded during the peak season and there are specific times that boarding is allowed. 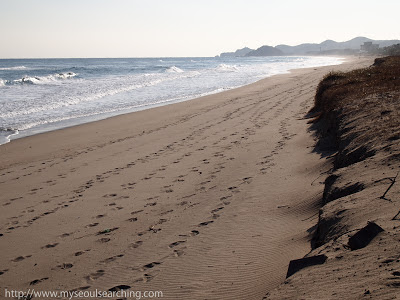 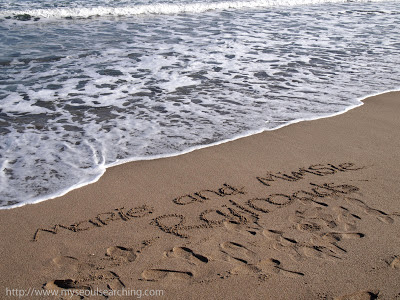 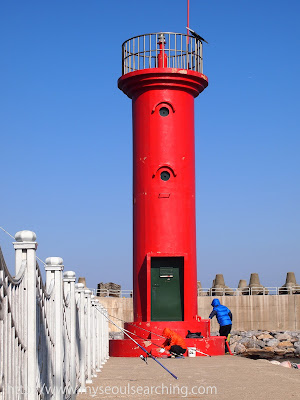 Because we were filming the show, we were also allowed to board last so that we wouldn’t be holding anyone up if we were going too slowly to get a good shot.  We hopped on our two-person railbike, which ended up not looking anything like a bike except for the fact that it had wheels and could be pedaled.  It reminded me more of a manually operated golf cart, as it was covered and shielded from the elements.  Perhaps I wasn’t putting in as much effort as Marie, but pedaling was quite easy and because no one was behind us, we kept a slow pace for the duration of the ride. 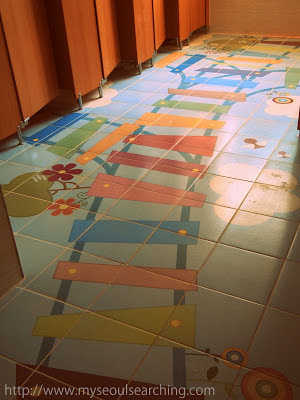 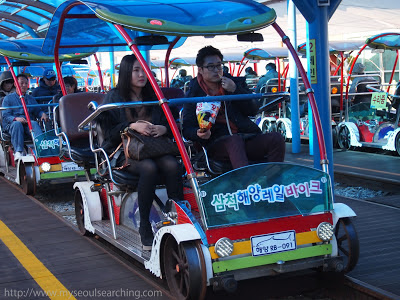 It was only a few minutes into the ride before we entered a lush pine tree grove.  Through the trees to our left we could make out the indigo-colored waters and sharp rocks that jutted upward through them.  On the other side, we spotted temples and homes, women doing housework, and kids playing with their dogs. It was the perfect setting to relax, take in the scenery, and chit-chat, but we felt slightly awkward, having to watch every word we said, as the TV camera was suspended to the front of our bike. 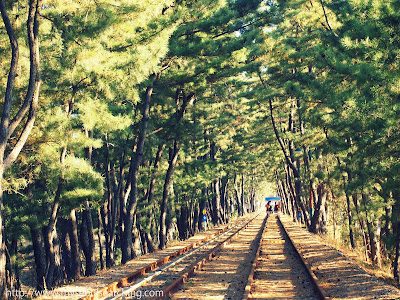 We stopped at the rest area for some caffeine and snacks (peanut buttered squid for Marie) before arriving at the first of the three tunnels of the 5.4km stretch of tracks.  Dedicated to an Olympic athlete from the area, it was less than exciting, to put it nicely.  The remaining two tunnels were much cooler, featuring laser shows and wall paintings of sealife illuminated by black lights.  The Fantasia-esque light shows were well done and the tunnels proved to be a nice technological contrast to the peaceful nature just outside their walls. 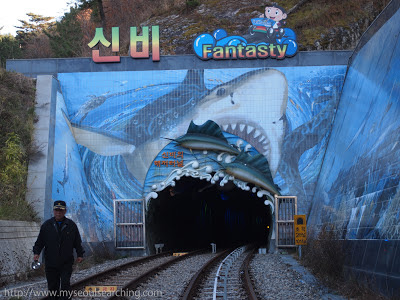 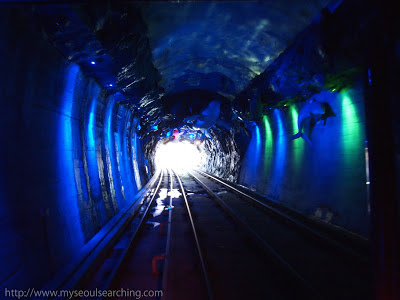 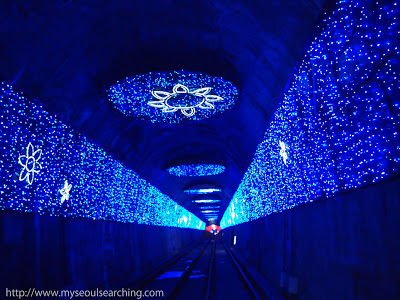 By the time we arrived at the destination station, the trip had lasted about forty-five minutes, which seemed to be just the right amount of time for this sort of thing.  Although I would have liked to have spent more time in Samcheok, I was there on someone else’s bill and we had to return to Seoul immediately afterward.  It’s definitely a city that I would like to return to, preferably in the spring or summer, to check out the beaches, limestone caves, and the acclaimed Penis Park, a green space of phallic statues allegedly built to soothe the enraged spirit of a female ghost who died there before getting the chance to marry her betrothed.
The Samcheok Ocean Railbike is an enjoyable, unique way to experience Korea’s coastal scenery through all of one’s senses; the medley of smells, sounds, and sights can not be emulated by any other mode of transportation.  Although the railbike might not necessarily be the only reason to travel to Samcheok, it’s definitely one worth checking out while in the area.
Info: One way fare is 30,000 won (4 people) or 20,000 (2 people).  Click here for the reservations website (Korean).  For reservation assistance or inquiries in English, call the Korea Travel Hotline at +82-33-1330.  For directions, visit the Korea Tourism Organization website’s railbike page.
1
Previous Post
Next Post