Meet Your Favorite Stars at the Grevin Seoul Museum

By Mimsie Ladner on Tuesday, August 16, 2016
Ever dreamed of rubbing elbows with the likes of Brad Pitt, George Clooney or Angelina Jolie? What about K-star heartthrobs like Lee Min-ho, Hyun Bin or Kim Soo-hyun? Or, perhaps you’d prefer to get up close with historical figures like Leonardo Di Vinci and Ghandi, or world famous athletes such as Lionel Messi.

Well, now you can, as they’re all hanging out at Grévin Seoul, the city’s premiere wax museum. (OK… so maybe they aren’t really there but the lifelike figures are close enough.)

Opened last year, the museum, which was originally founded in Paris more than a hundred years ago, has quickly become a must-visit attraction for those visiting and living in Seoul.

I stopped by earlier this month to see for myself what everyone’s raving about and was not let down. Situated just outside of Myeongdong across from the Lotte Hotel Seoul, Grevin Seoul is easily accessible. I had no problem finding the museum, which is clearly marked by the big red sign. And, should you have any doubts, the figure of Michael Jackson which greets you upon entry will surely clear those up. 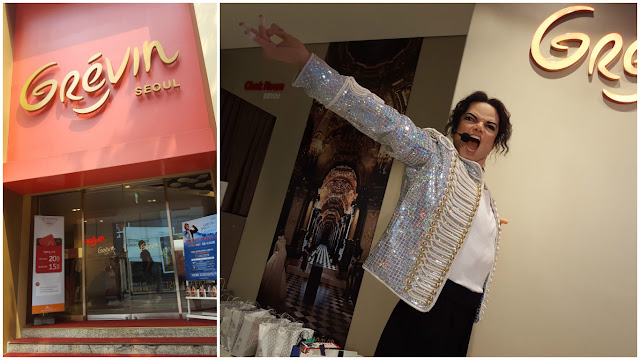 I purchased a ticket at the ticket office and was instructed to hold on to it, as I would be able to use it throughout the four floors of exhibits. I’d soon learn that unlike other museums of its kind, Grévin (which has four locations around the world) differentiates itself with interactive games and activities, along with engaging themed areas to better bring the wax figures to life. (In a non-creepy way, of course.)

This became apparent as soon as I arrived on the fourth floor, where I went for a walk on the red carpet, greeted by Korea’s first-generation Hallyu celebs. I followed the red carpet “Into the Movies” and was instantly transported to the sets of “The Godfather,” “Ocean’s Thirteen” and even “ET.” This area made for some great photo ops, as I got the chance to experience being part of the movie magic… or at least as close to it as I’ll probably ever experience. 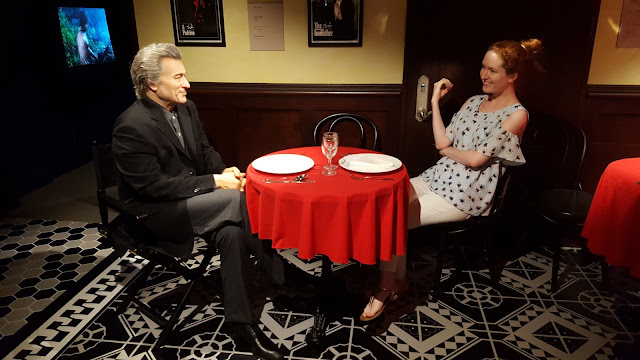 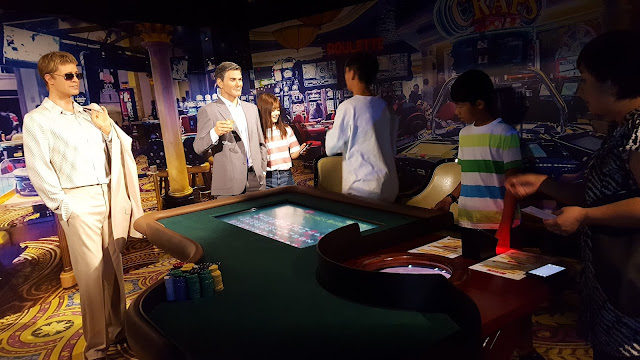 Next up was the “Great Men of Korea” where some of the nation’s most famous historical figures sat. In fact, these are all the faces you’ll find on the Korean currency, including the beloved King Sejong, as well as Shin Saimdang, the first woman to appear on a Korean bank note. 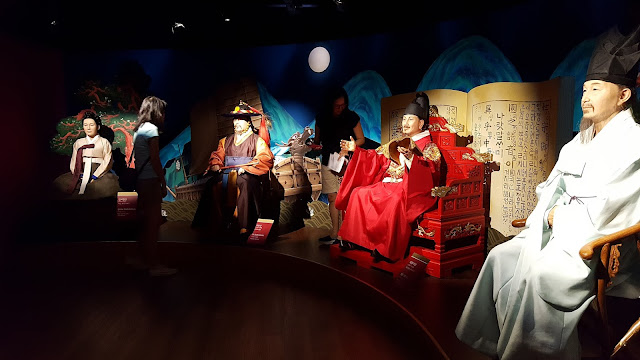 Inventors and figures who devoted their life to world peace like Ghandi and Pope Francis also made an appearance, as did modern political leaders such as Queen Elizabeth and President Obama. 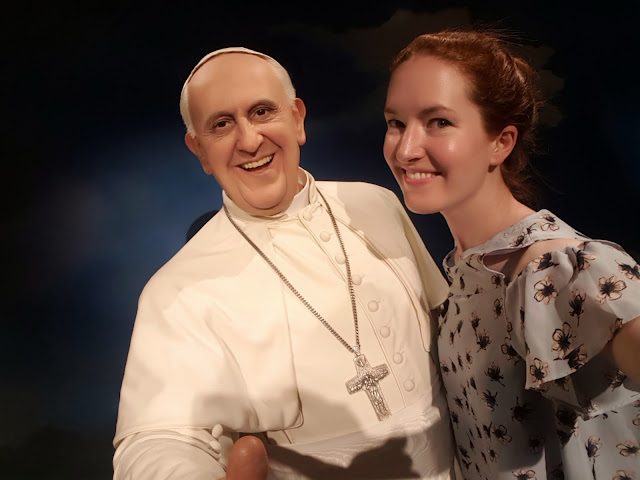 As I went on the opening day of the Olympics, “The Great Champions” exhibit seemed to be a pretty popular space. “Ice Queen” Kim Yu-na was a highlight, as were the football, golf and basketball players that scattered the area. Guests could even play a virtual basketball game alongside Michael Jordan. 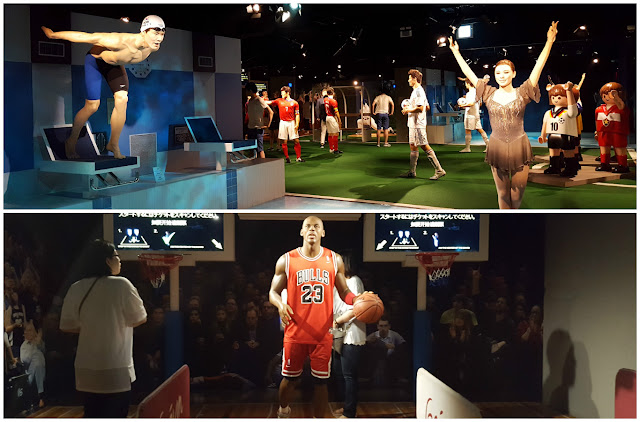 The “Discovery Atelier” was especially interesting, as I got to see how these impressive wax figures are created. I followed along the process by watching G-Dragon, Korea’s music idol and fashion icon, get molded and crafted into a figure while also participating in activities that turned me into a virtual 3D model. 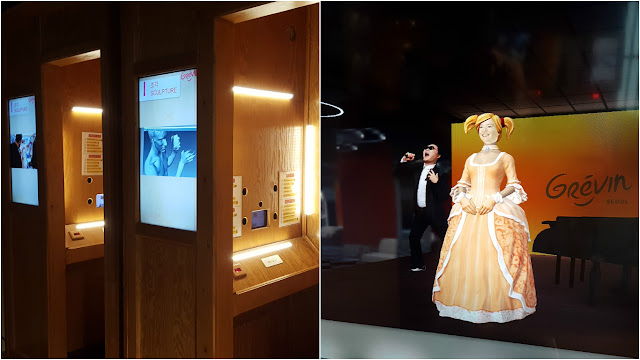 I was surprised to learn that it can take a whopping SIX MONTHS for one of these figures to be completed. Up to 500,000 individual (natural!) hairs are used for each wax figure; eyes are made of glass and the teeth are created by a dental specialist. The more recent wax figures are usually dressed in an item by their favorite designer, or they themselves will lend the museum something out of their own wardrobe, which was the case for a lot of the Korean stars, like G-Dragon. 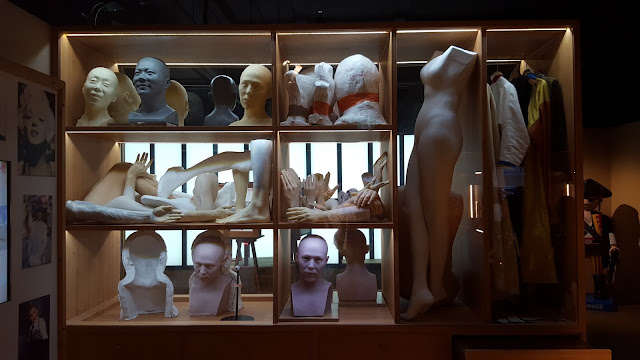 After passing through an exhibit of artists (Van Gough still has both ears!) and a salon of the world’s top beauties and fashionistas, I found myself in the Hall of Fame, the main hall of the Grevin Museum. Here, an eclectic mix of the world’s top stars like Meryl Streep, Tom Cruise, Madonna, Jeon Do-yeon and even Psy—Mr. Gangnam Style himself—were in attendance. 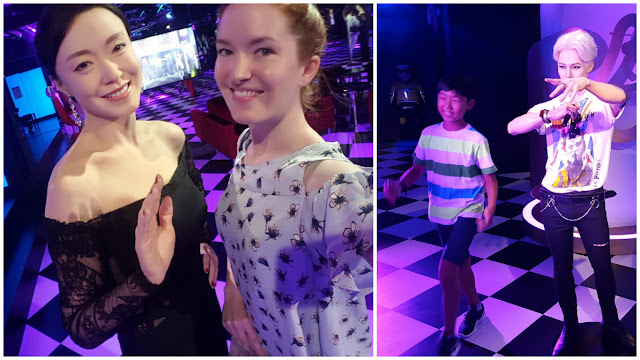 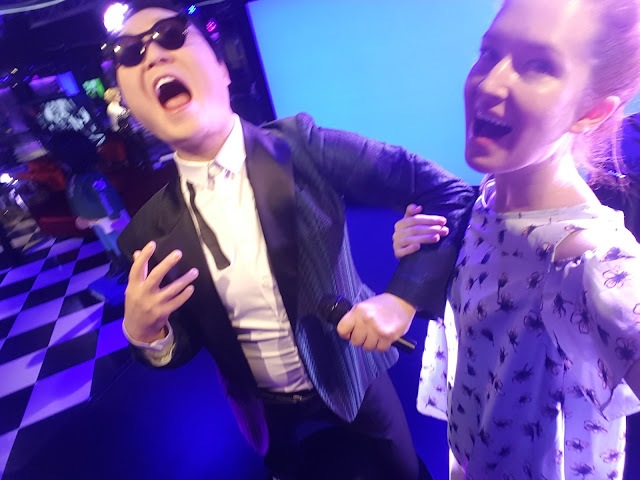 The tour ended in Hallyuwood, where I found myself on the set of a K-drama with Korea’s hunkiest guys. It was set up so that when you posed with the figures, you showed up on the TV screen that was projected across an entire wall. As a result, I experienced what it might be like to share the screen with K-hunks. 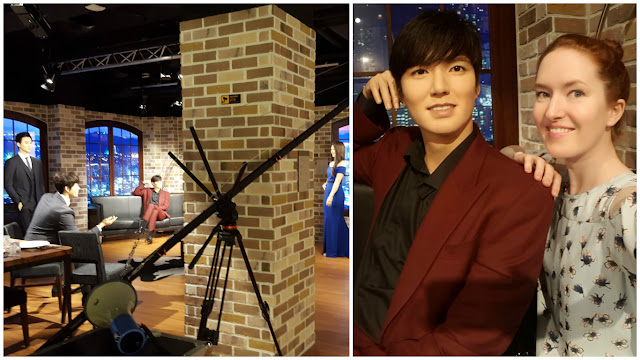 Once you’ve made your way through the museum, you’ll find yourself at the gift shop, which, unlike most museum shops, has some pretty cool Seoul souvenirs like notebooks and canvas bags. There are also items that are related to the museum’s figures, including K-celebs, with some of the products being exclusive to the shop. 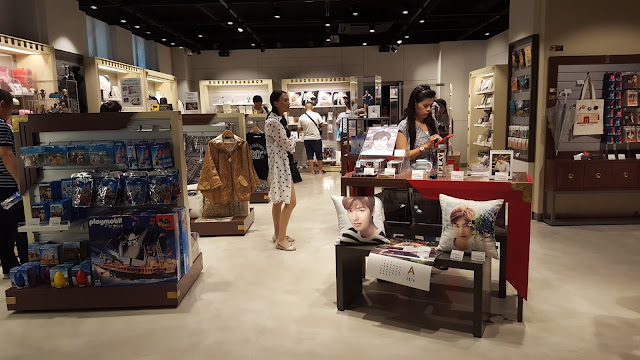 If you’re hungry, there’s also a café that serves up coffee and tasty-looking dishes like pasta, risotto and pizza (dishes start at ₩9,000). Ticket holders can get a discount by presenting the coupon received with the ticket. 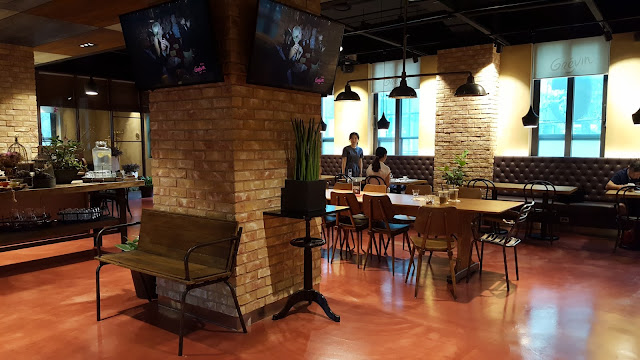 The Grevin Museum is a great place to spend a couple hours after shopping or checking out the nearby palaces. But it’s not just great for photos that will no doubt make your friends jealous (I totally faked out a few of mine). It’s also a good place to learn a bit more about Korean history and pop culture in a setting that’s far more interactive and engaging than a traditional museum.

So grab that selfie stick and get yourself down to the Grevin Museum!

Expert Tip 1: For an addition ₩1,000, you can pick up a Museum Guide, which explains each exhibit more in-depth. It also has some fun information about some of the featured celebrities and the museum, as well as interactive tips!

Expert Tip 2: The Grevin Museum holds fun and free activities throughout the year, such as its Christmas and Halloween themed events. Be sure to keep an eye on their website for more information about these seasonal activities. 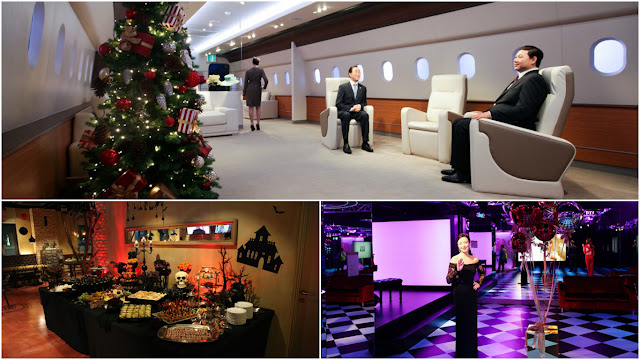 Get There: Take the Seoul subway to Euljiro 1-ga Station. From Exit 1, follow the sidewalk as it veers right for about 3 minutes. The Grevin museum will be on your right, across the street from the Lotte Hotel.