Busan Shark Dive: Up Close and Personal with Jaws

By Mimsie Ladner on Friday, June 2, 2017
When I was a young gal, I had an ungodly fear of sharks. Perhaps it was the animatronics at the Jaws ride at Universal Studios, or the threat constantly reiterated by the warning signs on the beaches of Destin, a beachside town in Florida where my family and I spent our summer vacations. So, it came as a surprise to me that I had an extreme desire to swim with them when I learned of the opportunity offered by the Sea Life Aquarium in Busan.

So, I left my nerves (and inhibitions) in Seoul and headed down to the southern coastal city to take a dive with Aquatic Frontier, a foreigner-owned and -operated diving company based just outside of Seoul. 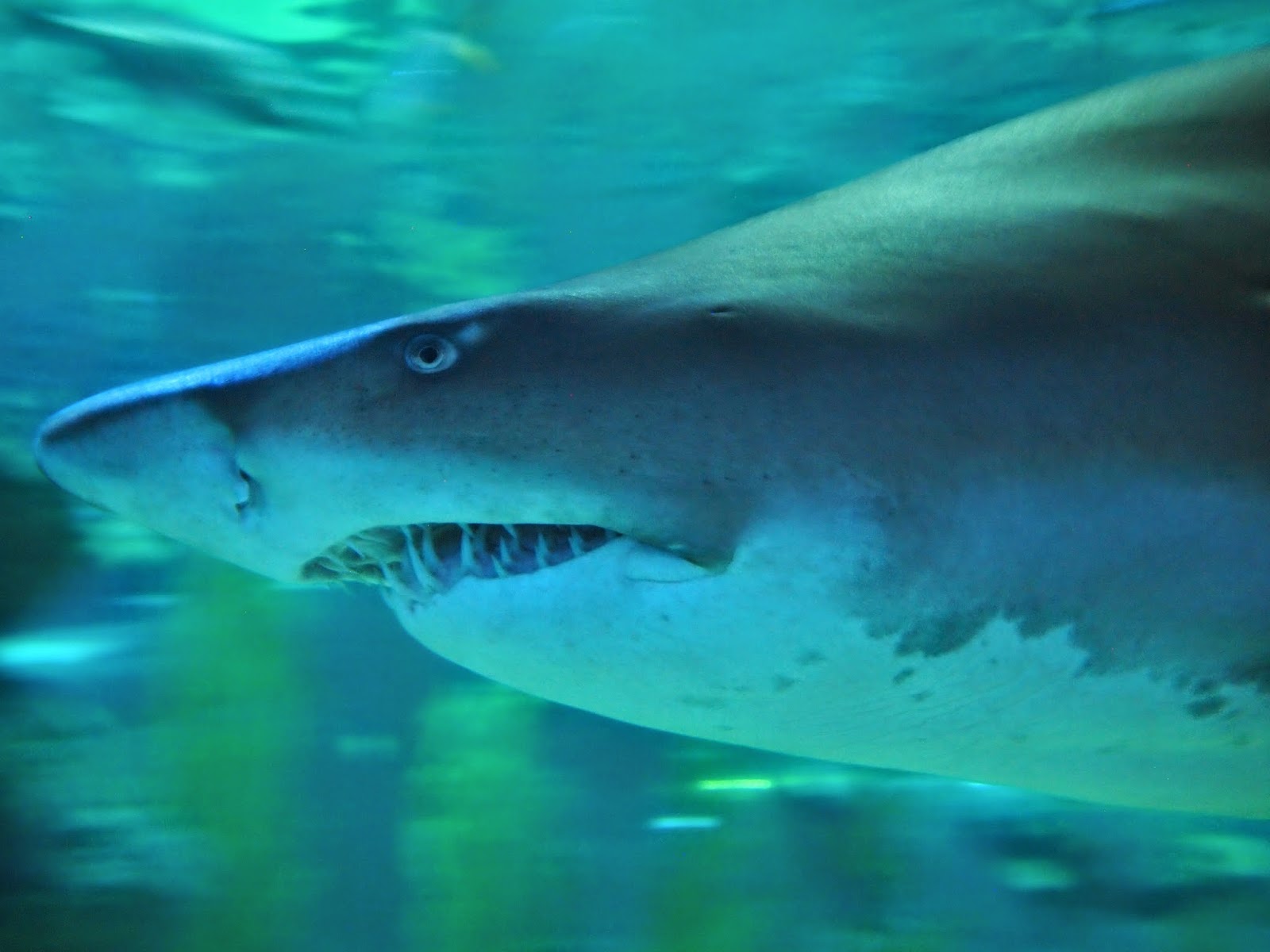 Upon arrival, I was greeted by the bubbly Sammy, my scuba instructor for the day, as well as a British couple who would also be participating in the dive. We were brought to a room where we were briefed in detail regarding the indemnity form we were all required to sign, which basically stated we wouldn’t (or couldn’t) sue, should we happen to lose an arm, end up with a collapsed lung, or find ourselves in some other similar situation.

This had the same effect on my nerves as hearing side effects of a medicine or a medical procedure from a doctor does. But, I did feel reassured learning that in the history of the program, there had been zero serious issues. Sammy was very confident in her instructing abilities, and assured us we would be fine.

We then changed into wet suits and donned our gear, which was ridiculously heavier than I imagined it to be. Fortunately, the buoyancy of the water made the weight bearable. 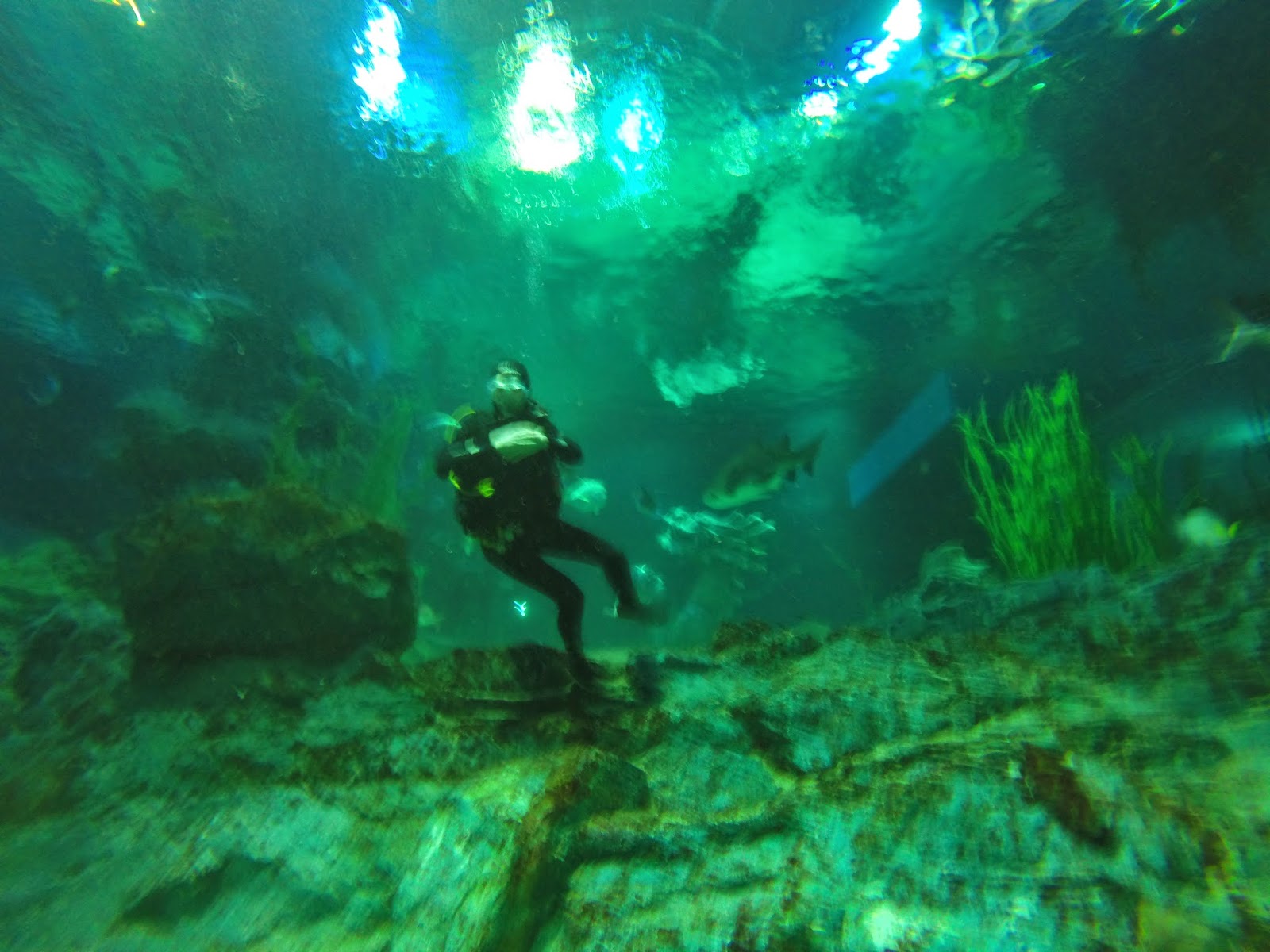 Sammy taught us the basics of scuba diving: how to deflate our BCD (scuba suit), how to empty our masks should they fill with water and most importantly, how to breathe. While this step seemed as if it would be the easiest, it was one of the more unnatural things I’ve ever had to do. The strange breathy noise the regulator produced, as well as having to practice breathing face to face with a giant sea turtle made me immediately uncomfortable; I all but gave up a few minutes into training. I’m really glad that I stuck with it, though, as I ended up getting it after a few more attempts.

I was convinced I wasn’t ready but followed Sammy into the tank. When my feet touched the bottom of the tank, I instantly felt in control, knowing going back up wasn’t an option. After checking our air gauges and exchanging “A-OK” hand gestures, Sammy proceeded in taking us for a stroll around the tank. 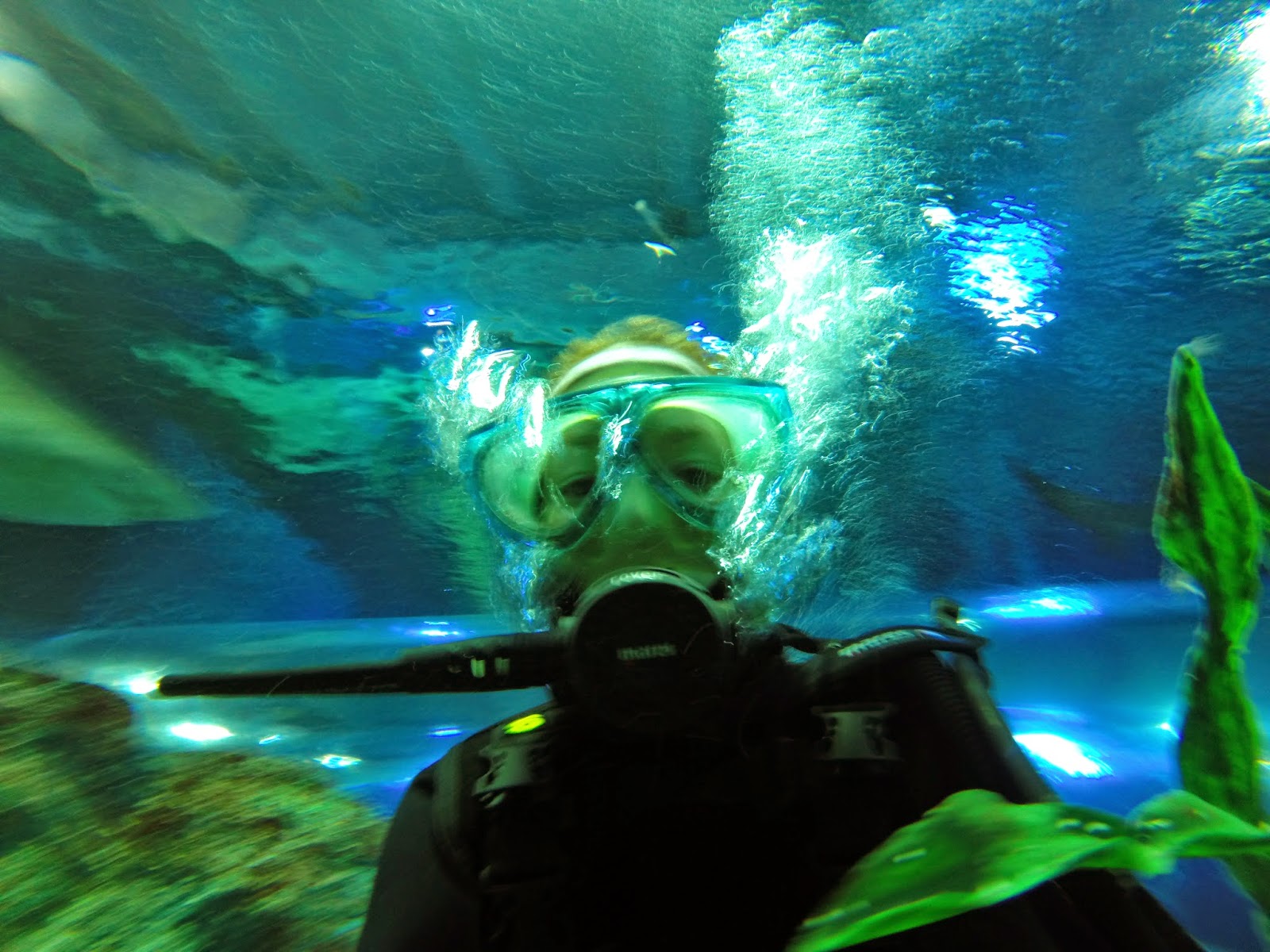 Blacktip reef sharks, whitetip reef sharks and sand tiger sharks gracefully glided through the turquoise water, inches away from our faces, obviously disinterested in who we were and what we were doing in their territory. I took comfort knowing that these species of sharks aren’t particularly attracted to mammalian blood, but the mere sight of their menacing jaws and powerful bodies sent a rush of adrenaline through me. Ginormous Queensland groupers, ancient sea turtles and other varieties of alien-like creatures only contributed to the rush I was experiencing, keeping me wide-eyed, seemingly unaware of the waving families on the other side of the glass. 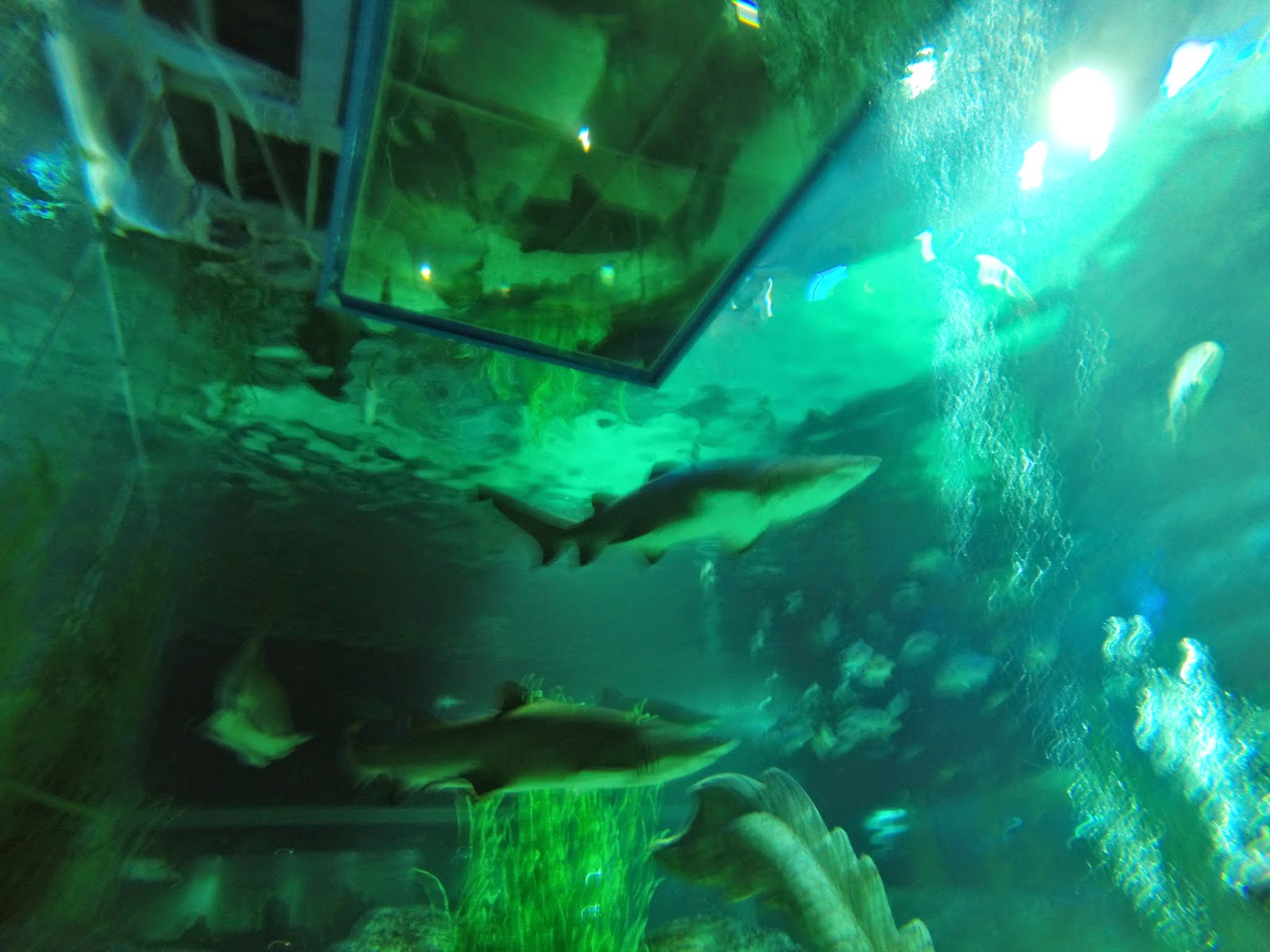 Although our walk was approximately half an hour, it felt like minutes; I’m sure the adrenaline had something to do with that. As we made our way out of the tank, it felt strange to experience gravity once again. My lips were purple by this point and I had lost all feeling in my toes, so I thoroughly enjoyed the hot shower that followed. 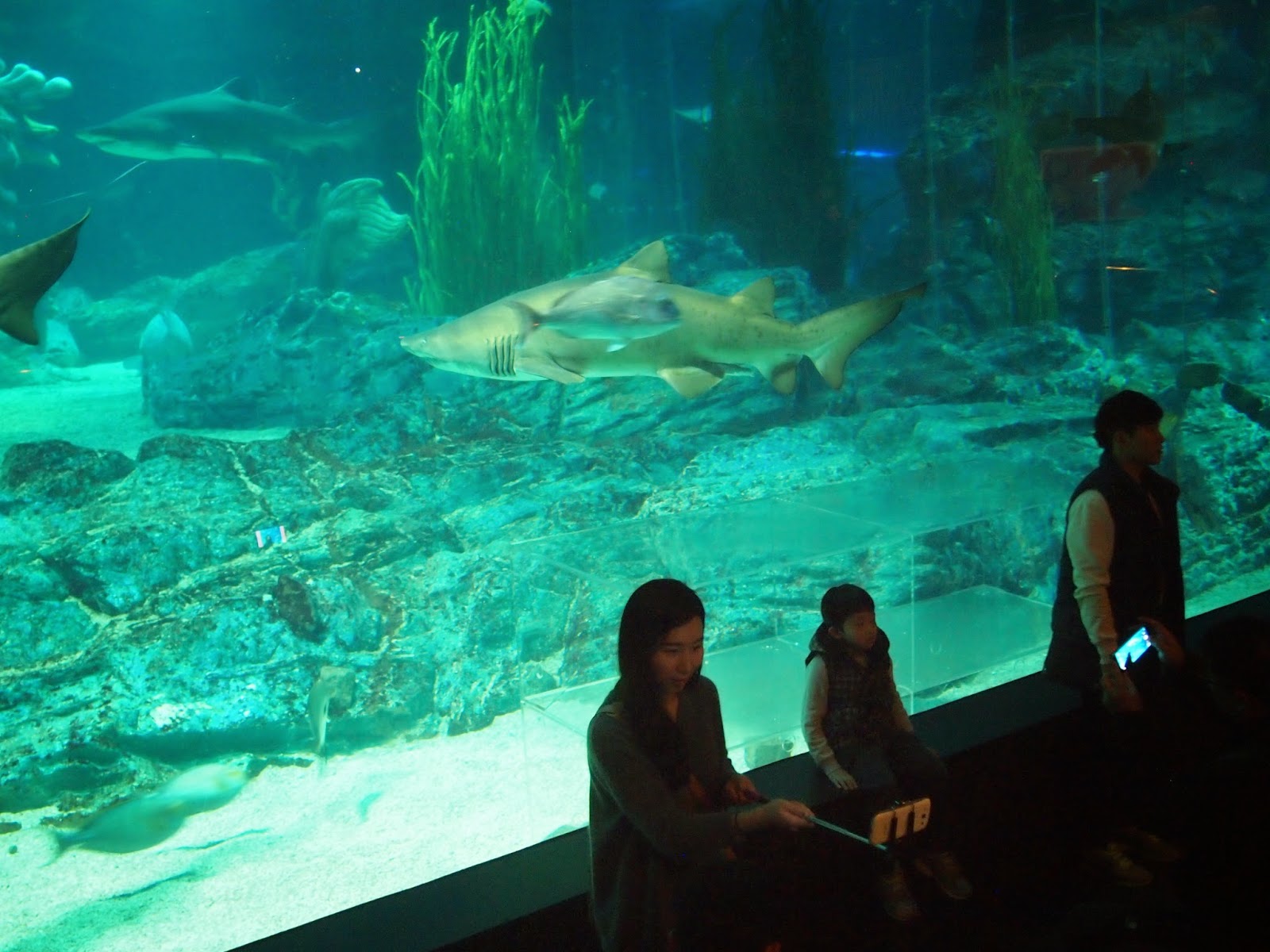 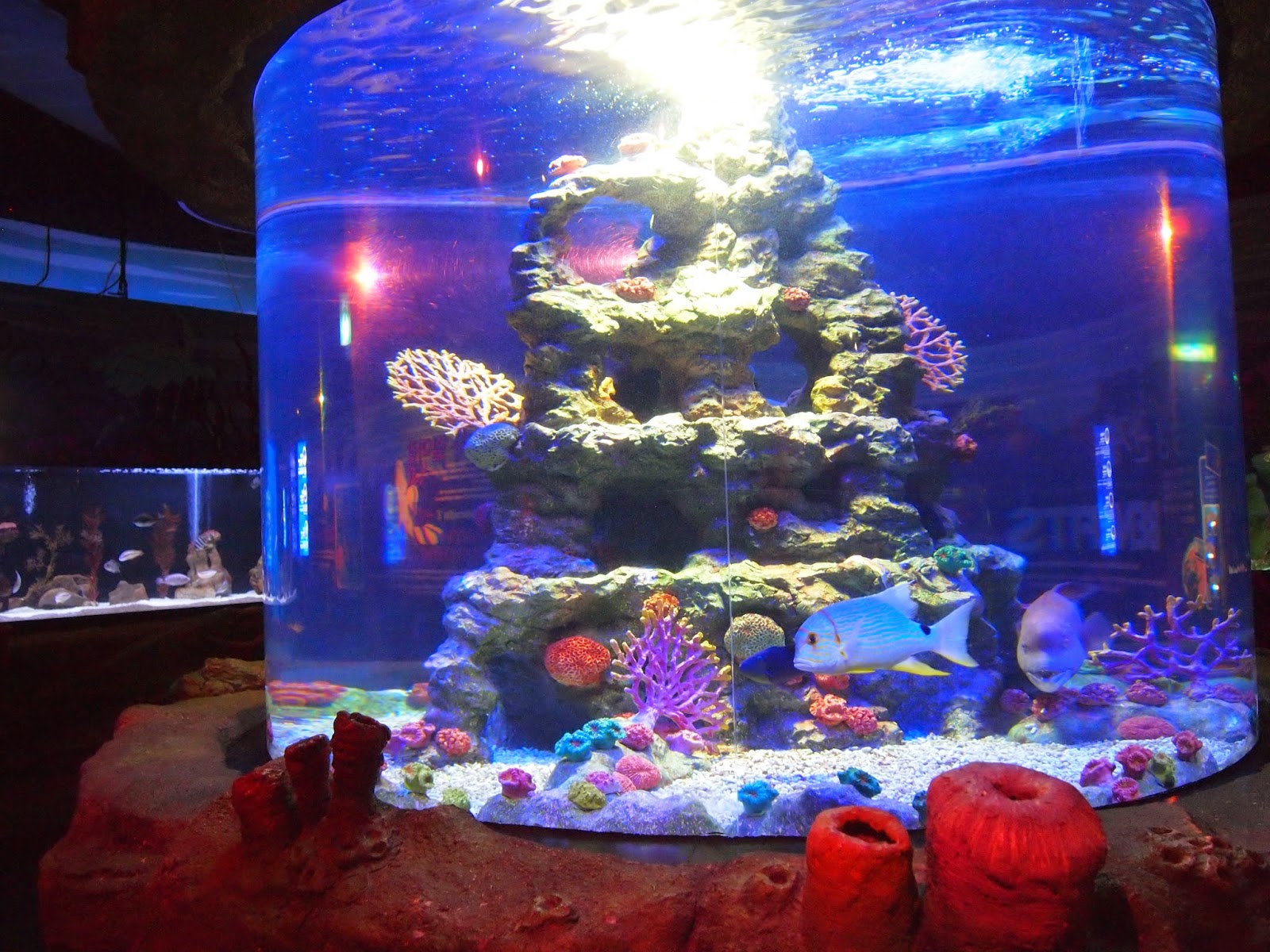 After the shark encounter, I took a walk around the aquarium. It had a few exhibits worth checking out, like the touch tanks and rehabilitated porpoises but honestly, none of them could compare to what I had just experienced. And while it was nice to observe the animals from behind a sheet of glass, nothing can quite hold a candle to the strange and exhilarating experience of being a part of the underwater world, walking alongside nature’s most feared predators and majestic creatures. 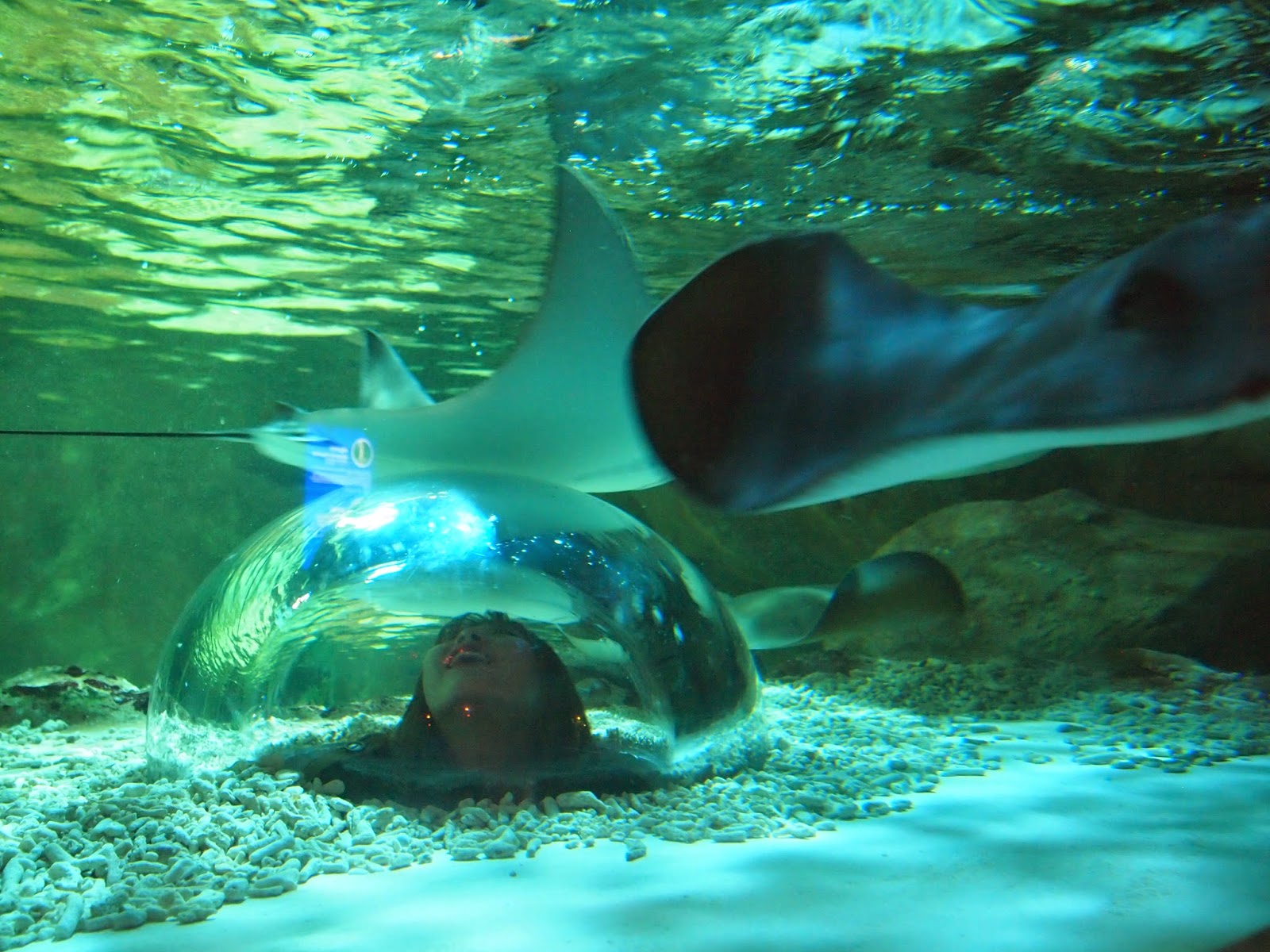 Dates: The dive dates are pre-scheduled, but usually held on Saturdays and Sundays. You must make a reservation to participate in the dive. Check the schedule here.

Although this post was partially sponsored by Aquatic Frontier, the opinions above are, of course, my own.