By Mimsie Ladner on Wednesday, June 14, 2017
To take advantage of the oh-so-wonderful but way-too-short bout of beautiful weather, a couple friends and I recently planned a weekend camping trip to Muuido, a small island located near Incheon International Airport.

The Korean peninsula’s western coast often takes a lot of flak for its less than impressive beaches and lackluster views. As we soon learned, however, Muuido is just as enjoyable as the country’s better-known coastal destinations and is the perfect place to waste away a lazy spring or summer weekend.

After meeting up at Gongdeok Station and picking up some last minute provisions at E-Mart, we hopped the train and took it to Incheon International via the airport express line.  Just a quick bus transfer and a short ferry ride (3,000 won, round trip) later, we reached the island unscathed by the menacing seagulls that flock the harbor in search of shrimp-flavored potato chips from unsuspecting passengers.

At the dock, a kind gentleman correctly assumed we were heading to Hanaggae Beach, and quite literally pulled us onto his bus. When we reached the sandy stretch of land, we paid the admission and tent fee (2,000 won/person and 10,000 won/tent) and scouted out a location to set up camp. There were a number of other international visitors occupying the tiny beach shacks near the shore (30,000 won/night) but we opted to join the mostly Korean camping area set back a bit further from the coastline. 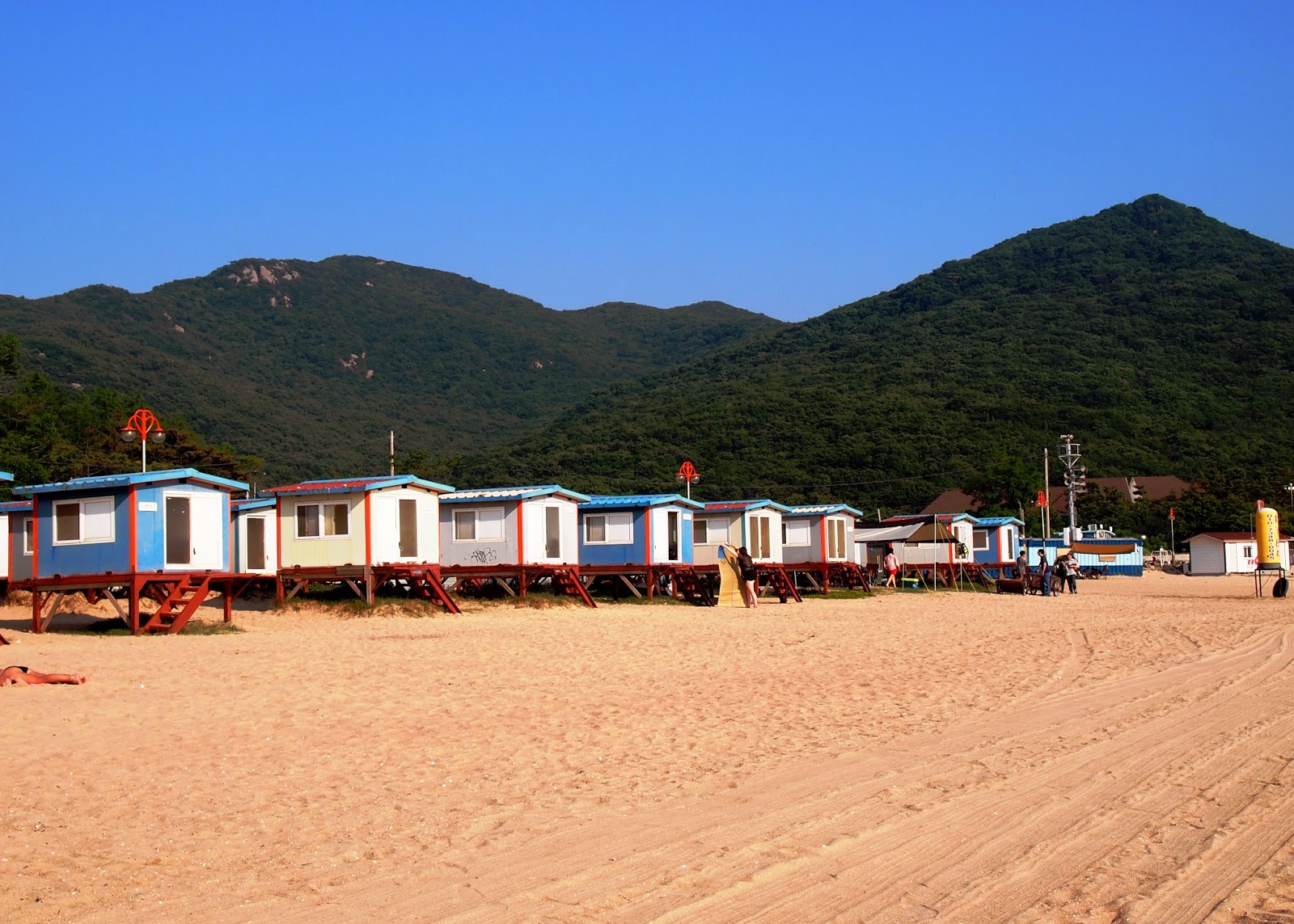 Although I’ve been camping in Korea before, I had forgotten how seriously the locals take the activity and was once again impressed by the professional equipment, cooking rigs and expertly set-up tents that punctuated the area. Public bathrooms and washing areas were also located nearby, making the beach even more convenient.

We confidently left our belongings in our tent (after all, theft is incredibly rare in Korea) and let our stomachs lead us to an unassuming restaurant, where we wasted no time ordering a gargantuan bowl of bajirak kalguksu, a salty soup of fresh clams and knife-cut noodles. We slurped up spoonful after spoonful of steamy goodness as we watched the fog roll in from the sea.  Fortunately for us, it cleared out by the time dinner was over. 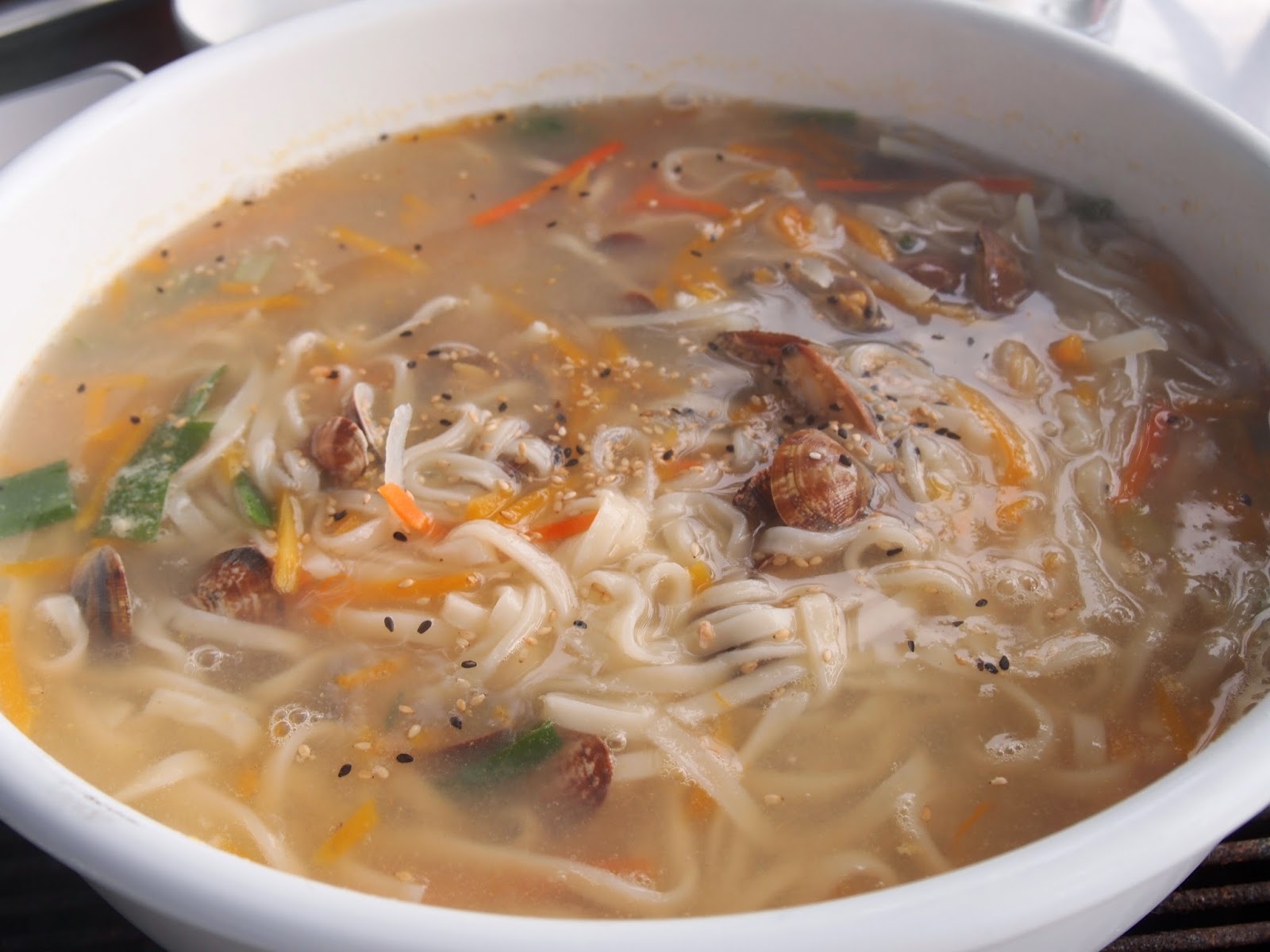 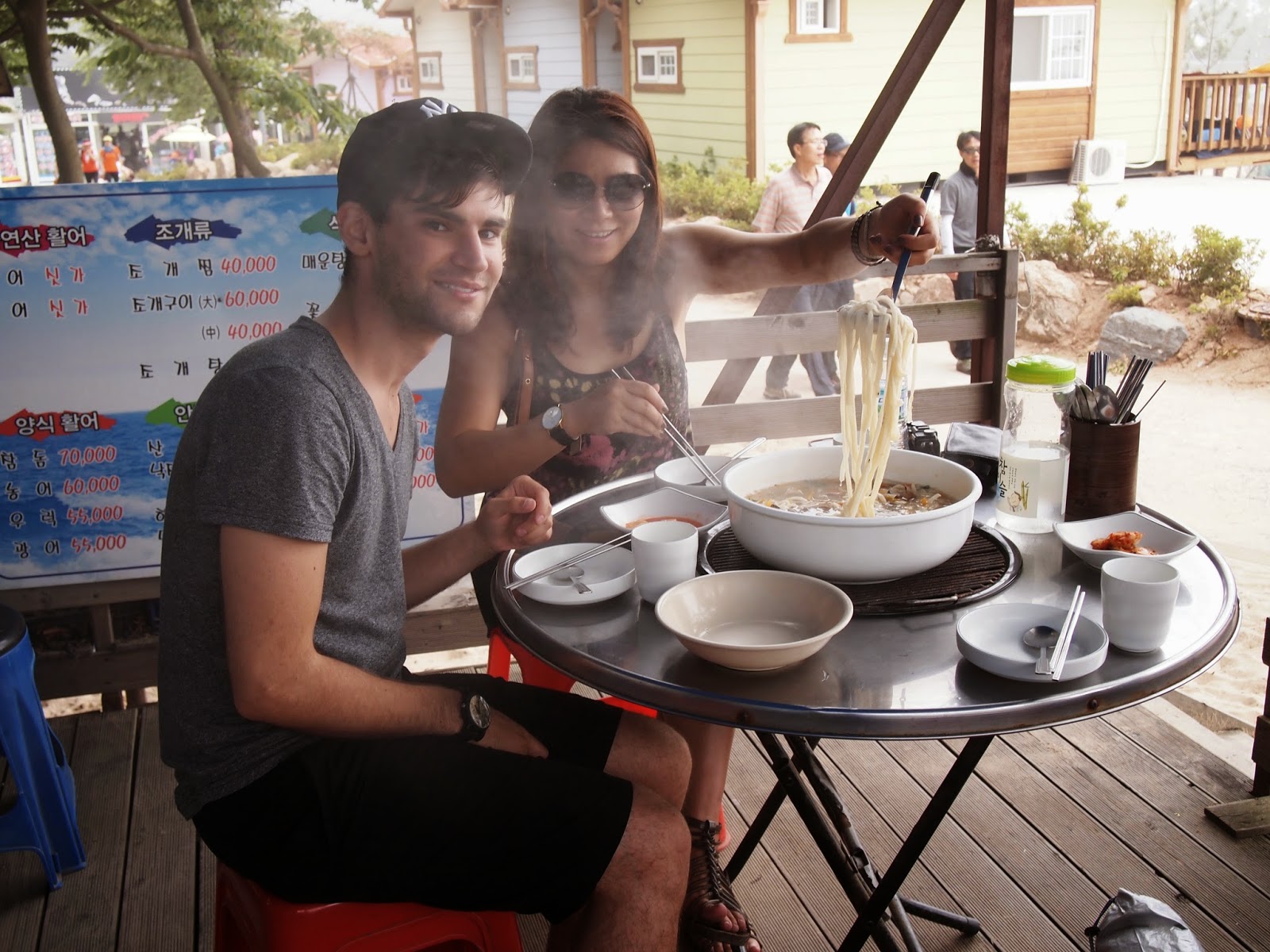 Although there are a few spots worth visiting on Muuido, Hanaggae Beach is the main attraction so we didn’t bother venturing out on this trip. We opted out of the zipline and horse rides that are offered at reasonable prices and instead picked up a few beers at the beach’s convenience store, which sells everything from hiking gear to fireworks to cup noodles (a staple Korean camping snack). We claimed our spot on the shoreline and threw back a few brews as we watched nearby families build sandcastles and a good looking group of Spaniards kick around a soccer ball. 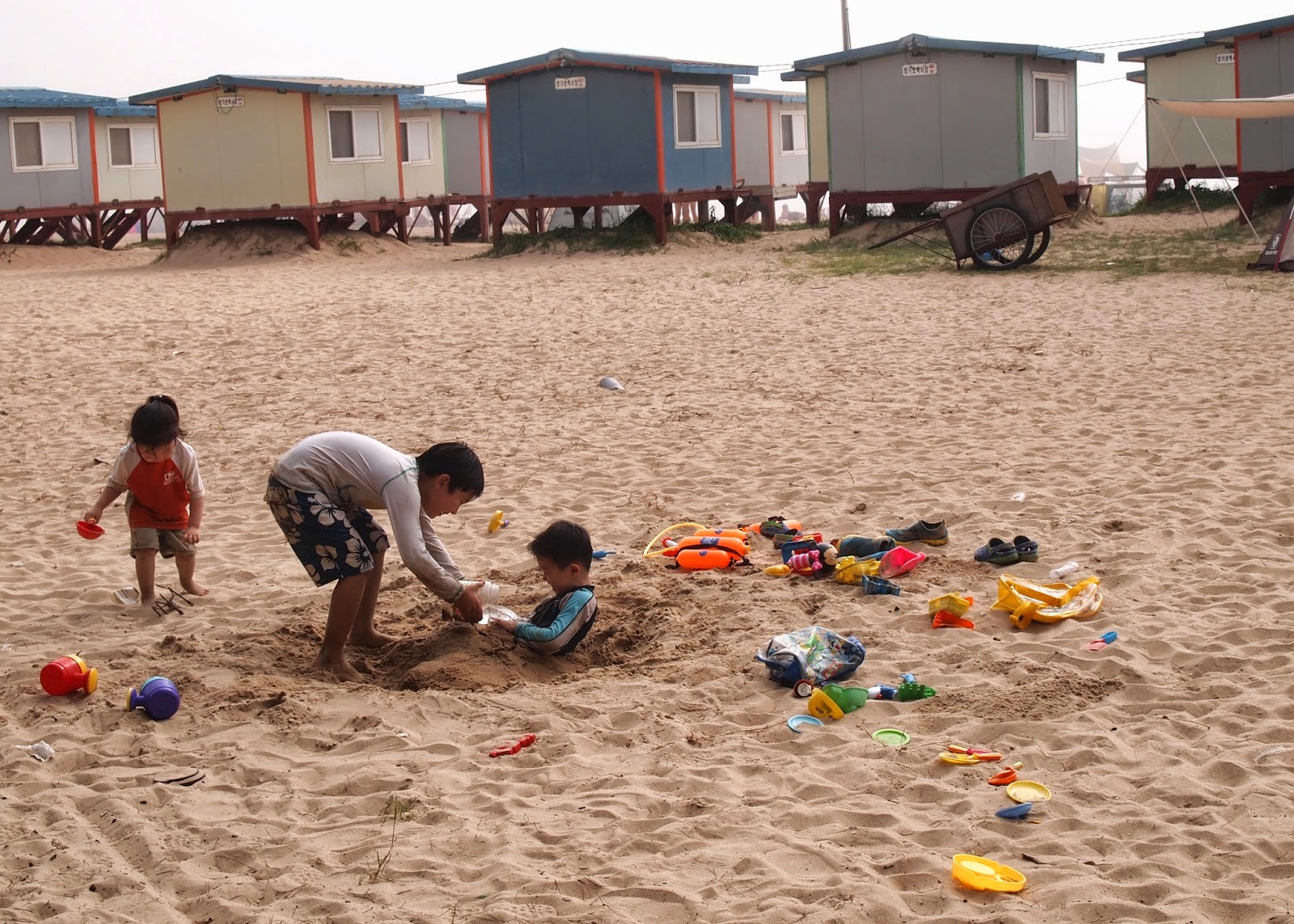 As the sun began to set, the tide began to go out and we knew we were in for a show. In fact, watching the tide on Muuido is one of the highlights of staying overnight on the island. It goes out so quickly and so far that visitors can walk out a good twenty minutes before once again reaching the waterline, which we did.

The sky turned shades of purple and blue and reflected on the barely-there sea, making us feel like we were walking on clouds. On our walk back, we noticed that each step we took on the silky mud illuminated the bio-luminescent algae that inhabit the island’s unique mud flats. Our discovery led us to dancing on the shoreline, and when others observed the neon glow sparking from under our feet, they joined in. 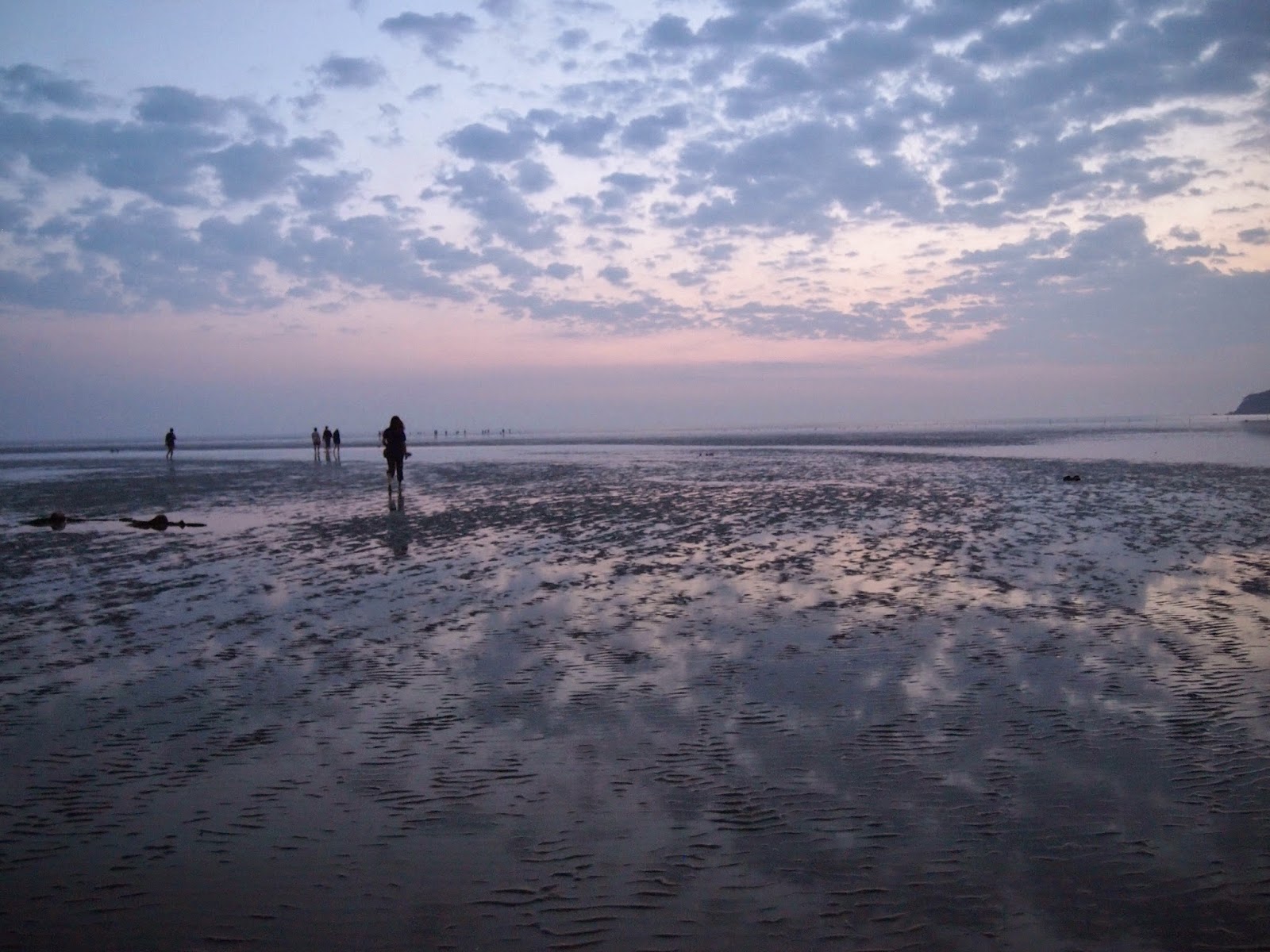 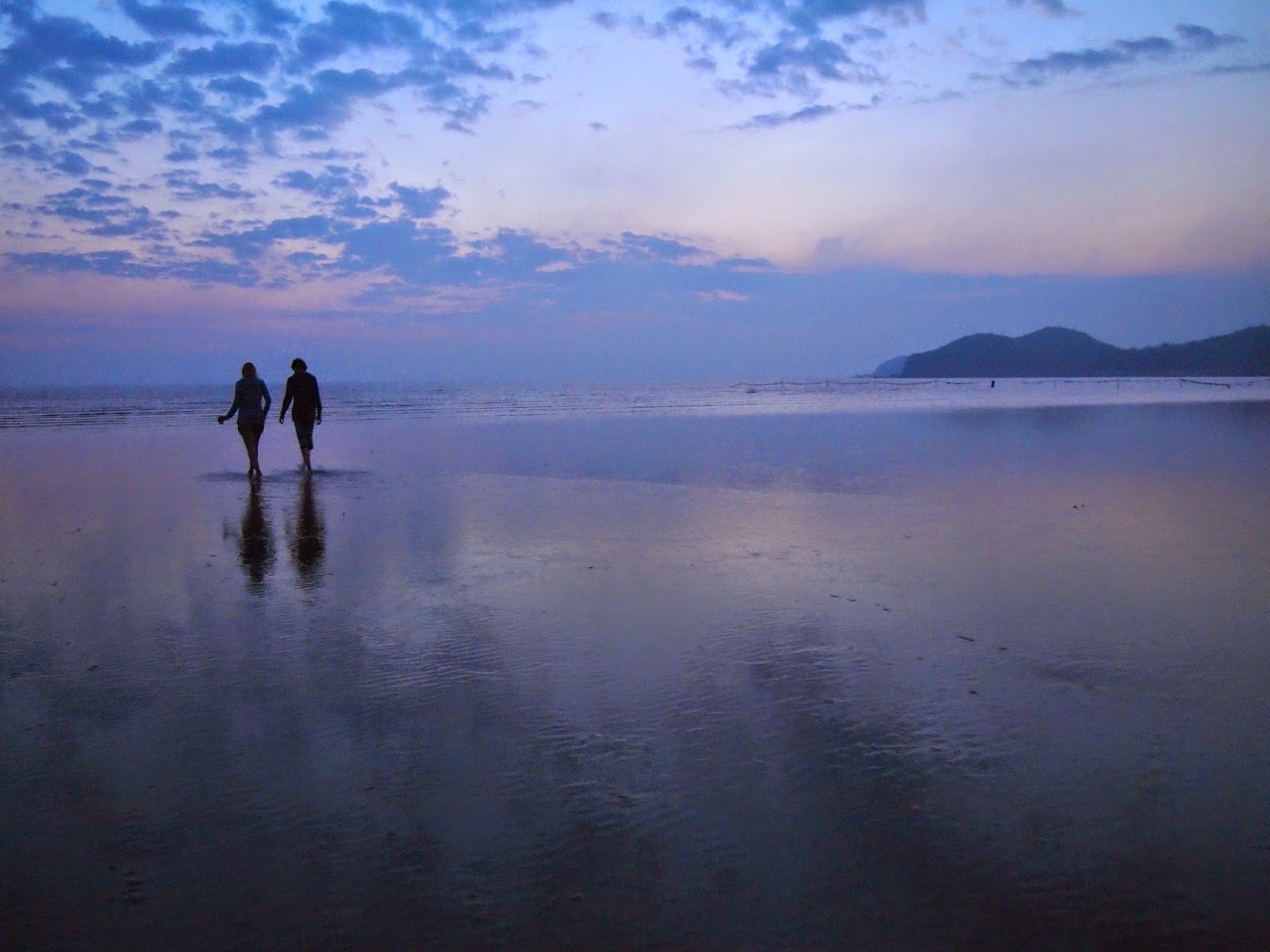 As the skies grew darker, those near us set off fireworks and cooked thick slices of samgyeopsal on portable grills. One family even released a number of lanterns into the sky which floated above us until they disappeared over the mountains.

Buzzed on cheap beer and the salty sea air, we turned in early for the night to the sound of a grandfather rattling off stories about the good ole days, no doubt, to any of his family members that would listen. 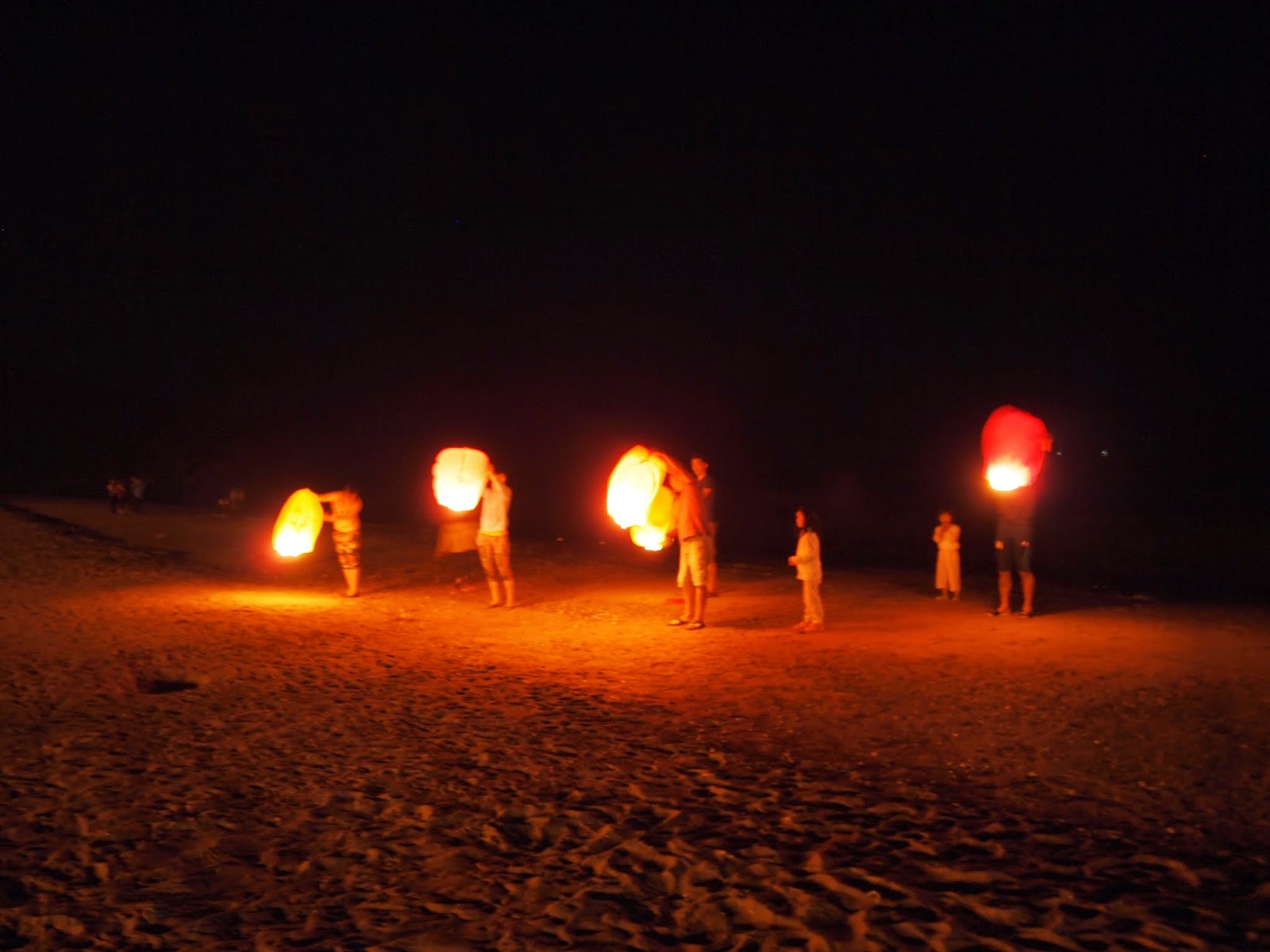 In the morning, we took a final walk out on the mud flats and watched adults and children alike gather in groups to dig up the island’s famous clams. From the looks of things, they were doing well, as some families were hauling full buckets of shellfish back to the beach. I, however, was more concerned with avoiding the giant slugs, snails and tiny crabs that were so abundant it was impossible to not step on them.

We packed up our things, looking only slightly less experienced than the pros that surrounded us. Soon, we were back to the capital, not to mention reality, but felt far more refreshed than we had been when we first arrived, thanks to Muuido’s famous healing mud, the tasty seafood and the culminating beauty of the Korean coastline.

To Get There: Take the subway to Incheon Airport. From the third floor, go to bus stop number 5 and take bus #222 to the Muuido ferry (the driver will announce the stop.) Follow the road to the ferry dock and purchase a ticket. From the dock, take the green #1 bus to the last stop, which is Hanaggae Beach.