Is It Safe to Travel to South Korea?

By Mimsie Ladner on Wednesday, September 20, 2017
This article was originally published in May 2013 but is still just as relevant today amid the most recent missle tests and threats from North Korea.

While eating breakfast at my hostel in Barcelona in April 2013, a CNN news brief aired declaring that tensions were high and nuclear war was imminent on the Korean peninsula.  A Korean backpacker that I had met earlier that week looked at me and simultaneously, we rolled our eyes, irked by the excessive urgency and seriousness in the reporters’ words. The others in the room, who hailed from all corners of the globe, looked worried and advised us to prolong our stay in Europe rather than return to a country that was in such a hostile state.

The concerned comments didn’t end there. Messages from my friends in America began flooding my inbox with questions regarding my well-being and my parents even offered to purchase a plane ticket so I could quickly get back to Mississippi.

The fact of the matter is that during the situation, I never once considered not going back to Korea.  After living in Seoul for over eight years, I have become accustomed to North Korea’s endless empty threats and South Korea’s apathy toward them. Fortunately, because I was traveling, I also wasn’t as exposed to the media’s outrageous reports, which were no doubt embellished to expand viewership and increase ratings.

As tragic as it was, the Boston Marathon bombing was the event that eased my family’s and friends’ fears. After the bombing, news on North Korea was virtually nonexistent, proving that the threats were not as newsworthy as the media networks made them out to be.

When I returned to Seoul at the end of April, I was not surprised to find the city unchanged. Walking around downtown, I spotted cheerful children playing, decorations for Buddha’s Birthday being hung, and happy couples sipping lattes in cafes. 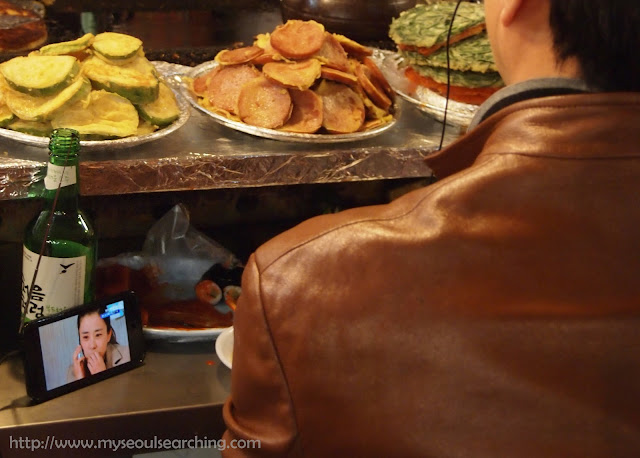 A gentleman at Gwangjang Market expresses more interest in the latest soap opera than in updates on North Korea. (Photo: Seoul Searching)

Growing up on the Gulf Coast of Mississippi, I’m well accustomed to impending disaster and brewing panic. Once every few years, a hurricane would sweep through our stretch of coastline, knocking down houses and flooding towns. I was used to trips to the supermarket to stock up on emergency supplies and waiting hours in line at service stations for gasoline.

The tensions that were manifest during those times were (and are still) nowhere to be found or felt in Korea.

In fact, those who live in Korea might be wondering why I am writing this, as it is indeed old news.  Still, there are a number of people considering moving or traveling to Korea and are wondering, “Is it really safe?”

The answer is yes, it is.

I have traveled to over thirty countries and can assuredly say that of all of the places I’ve visited, Korea is the safest. This remains to be true in the midst of the North’s threats. I could go on to elaborate as to why North Korea would never actually make an attempt to engage in warfare with the South (or the US), but I think the reasons are obvious enough. Kim Jong-un might be egotistical and absurd, but he’s not stupid, nor is he ready to see the fall of his dear nation. 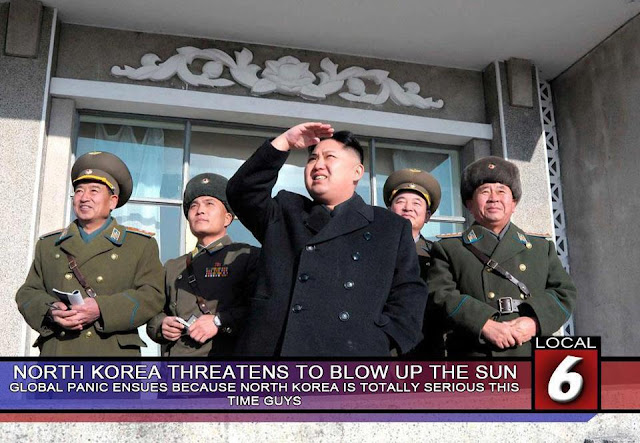 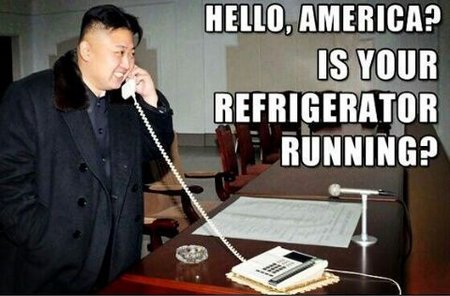 A number of circulating memes indicate that many netizens are more interested in mocking Kim Jong-un than fearing him. (Photo: Gagnamite.com)

But don’t take my word for it. A countless number of unfazed embassies (including the American one in Seoul) have issued notices stating, “…despite current political tensions with North Korea there is no specific information to suggest there are imminent threats to U.S. citizens or facilities in the Republic of Korea (ROK).”

The same goes for the recent outbreak of MERS. I’ll be the first to admit that the American government is far from perfect but I do believe that they would make an effort to advise citizens to leave the country if necessary.

Be sure to notify your country’s embassy of your travel plans, and monitor travel warnings and worldwide caution notices. Again, this should be a habit when traveling to any country, not just South Korea.

Fear of empty threats provoked by money-hungry media networks should not deter anyone from experiencing the wonderful food, culture and attractions South Korea has to offer.  Happy (and safe) travels!

Words by Mimsie Ladner of Seoul Searching. Content may not be reproduced unless otherwise noted.