The Sinister Side of Seoul

By Mimsie Ladner on Wednesday, October 25, 2017
Halloween is just around the corner and though it may not be a traditional holiday here in Korea, there’s still plenty to do to get in the spirit.  Kindergartners carve pumpkins, dance clubs hold costume parties and local amusement parks host haunted houses.

But for those of us who need a bit more horror in our Halloweens, there is a darker side of Seoul to be explored. Check out some of these more sinister locales.

Once a jail for Korean independence activists during the Japanese colonial rule, the Seodaemun Prison History Hall is now a history museum and a monument that celebrates Korea’s fight for independence during the Japanese occupation. Although it is educational and very moving, one cannot ignore the bone-chilling sensations felt when walking its halls. Although eerily quiet, the halls of Seodaemun Prison convey so much tragedy. 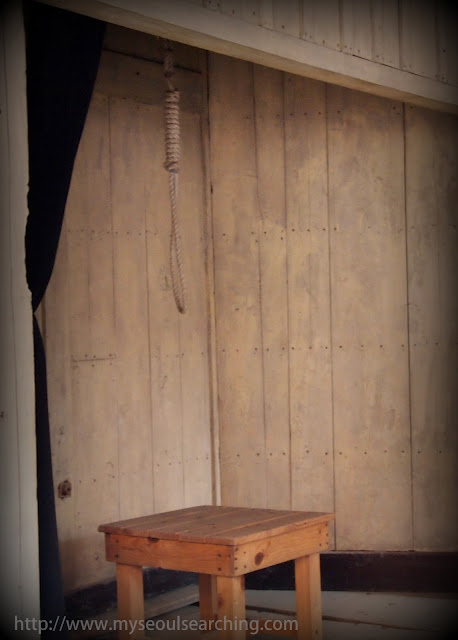 The sight of the execution building sends chills down one’s spine.


Pictures of the torture methods used by the Japanese hang on the walls and individual cells and holding pits can be walked into. A noose still hangs in the building where executions were held and from it emanates a palpable dark energy.
Even more unsettling than the execution building is the corpse removal tunnel near the building’s exit that was only just discovered in 1992. It was here that the Japanese attempted to cover up their horrendous actions. 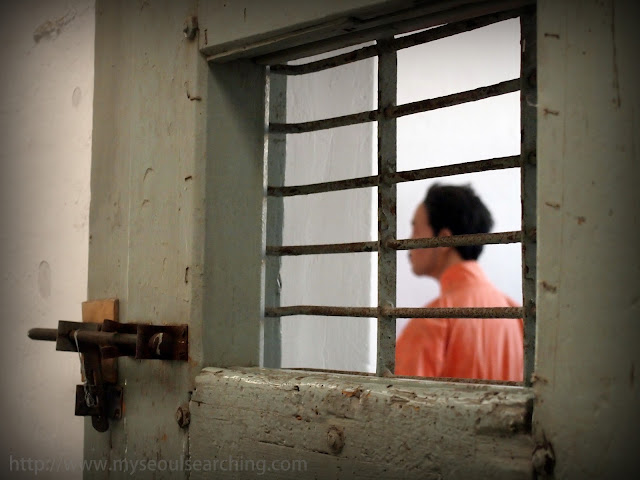 A mannequin represents one of the many Korean independence fighters held captive by the Japanese. 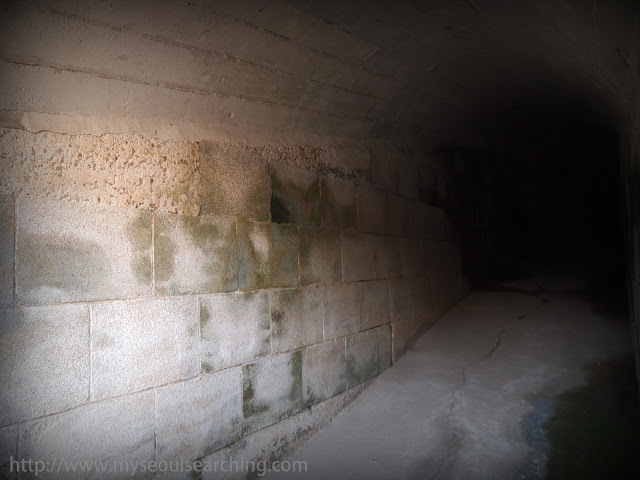 The corpse removal exit leads into a bleak darkness.

Just a short walk from the Seodaemun Prison is Inwangsan Mountain. Accessible from Dongnimmun Station, it can be a bit tricky to find but the experience is well worth getting lost a few times.

Inwangsan is a mountain not only known for its beauty, but for its shamanistic inhabitants. Korean shamans, or mudangs, are usually women and are seen as the intermediaries between humans and the heavenly gods and nature spirits. 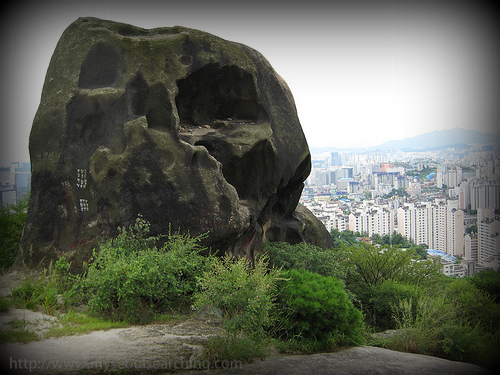 “Skull Rock” sits atop of Inwangsan.


Mudangs are easy to spot on the mountain, as they are often chanting or dancing, performing gut, traditional services to bring luck, cure illnesses or exorcise evil spirits. The other-worldliness of the chanting combined with the eerie rock formations found on Inwangsan make it the perfect place to be spooked. 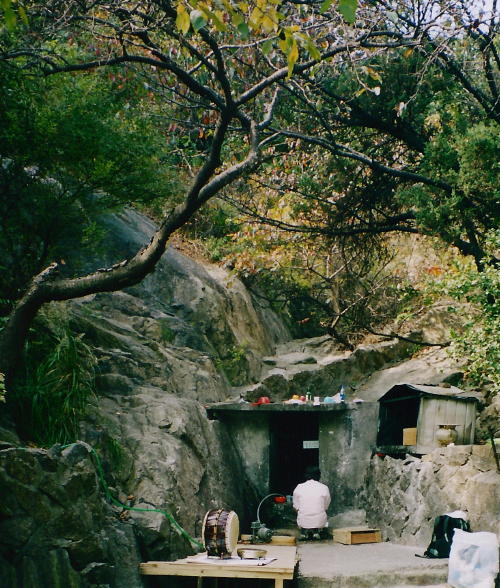 Korean shamans, or mudangs, can be seen performing rituals on Inwangsan.

You can also personally meet one of the city’s many shamans to receive your own tarot or saju (Korean astrology) reading.  As consulting shrinks is still quite taboo here, many Koreans will visit fortune tellers when faced with a certain dilemma or need advice about an important upcoming event. Many young Koreans will also visit shamans for fun with friends or on a date.

Tarot card and saju readers can be found in droves along the shopping streets of Hongdae, near Marronnier Park in Hyehwa and along the walls of Tapgol Park in Insadong.

While a few of them do speak English (look for the “We Speak English” signs in Hongdae), most do not so you may want to bring along a Korean-speaking friend to help interpret. Check out my personal experience with a Korean tarot card reader here. 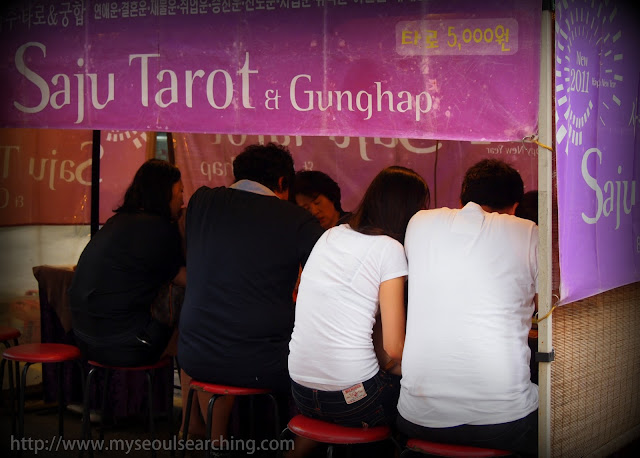 Couples listen to their saju readings in Hyehwa near Marrioner Park.

If sinister is what you are looking for, head over to Ansan Mountain near Yonsei University. Although it was originally known as the peaceful site of Bongwonsa Temple, recent events have given it a darker reputation.

He confessed to torturing, killing and mutilating his victims, all the while eating a few of their livers. Hannibal Lector much?

He went on to bury their remains in plastic bags at Bongwonsa, which were later found in 2004.

Yoo is currently on death row with 60 other convicts, but capital punishment is not currently carried out by the Korean government. His fate is uncertain, but there’s no doubt that Ansan Mountain is one of the most unsettling sites in Seoul. 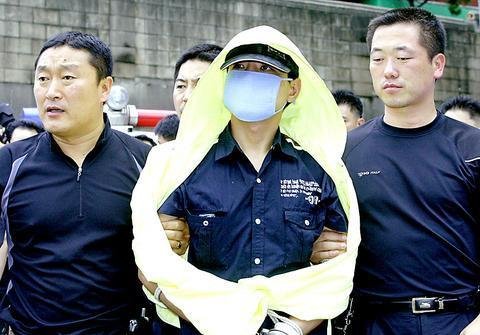 Yoo Young Chul is pictured being brought into custody after being convicted of 20 murders.  (Photo: MurderWorld.com)

Other creepy locations around the city include the dormitories at Seoul National University, where poltergeist activity has been said to occur, and the Blue Fairy Cafe, which houses hundreds of menacing dolls. The Cheonggyechon Bridge Tomb is also a place worth looking into.

Or, if you want to visit some spooky spots in other parts of Korea, check out this list. It includes a haunted amusement park, a mysterious abandoned psychiatric hospital and a ghost-infested village.

For a guided experience, ZenKimchi is hosting The Dark Side of Seoul walking tours throughout the month of October.

Whichever sinister site you chose to visit this Halloween, remember to bring along a vial of kimchi and a strand of garlic, as strong flavors tend to ward off Korean ghosts. An extra pair of underwear might come in handy, too.