By Mimsie Ladner on Friday, April 8, 2016
Less than an hour’s drive north of Seoul sits an enchanting community of artists. Envisioned and created by a well known book publisher, Heyri Art Village is now home to over 400 painters, potters, photographers, musicians, architects and writers.

Not only does its proximity to Seoul make it a great day trip option, but its unique ambiance, quirky galleries and museums, and its ability to converge art with nature make it a memorable destination. 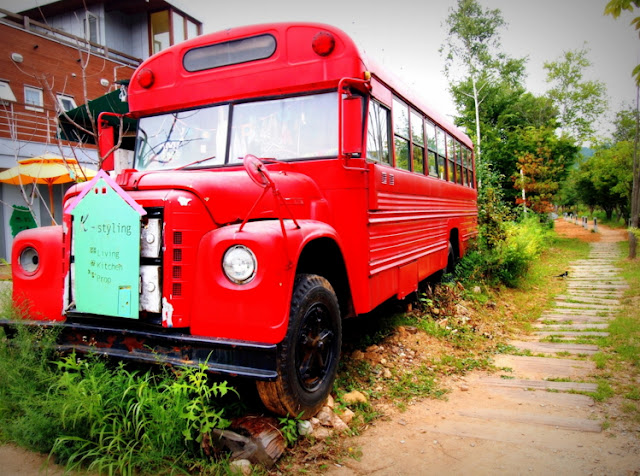 It’s okay to get a late start on this day trip, as Hyeri doesn’t really get going until lunchtime, even though it’s technically open 24 hours a day.

Upon arrival, you’ll quickly find that English signage and information is limited. Don’t let this intimidate you. Heyri is a place to get lost, a destination to marvel at the unexpected surprises that await you at every spontaneous turn. Be sure to keep your eyes peeled for small details hidden on the rooftops, in the trees and along the roads.

Bibimbap and Boys Before Flowers

To get to Heyri, take the Seoul subway to Hapjeong Station (Line 2, Exit 2). Then, take bus number 2200 (runs every 15 minutes, station is immediately outside exit 1) to Heyri Art Village. (Tip: Grab a spot on the left side of the bus for better views of the DMZ.)

Enter the village at Gate #4. At the second intersection is the Heyri Information kiosk where you can pick up a map (and a bicycle, if you so chose to do so). You can also purchase tickets to specific exhibits.

After getting oriented, walk straight through the village and start your Hyeri experience at Cozy House. Set in what can only be described as an academic’s living room, Cozy House serves up delicious varieties of bibimbap that incorporate fresh, local ingredients on beautifully crafted pottery. 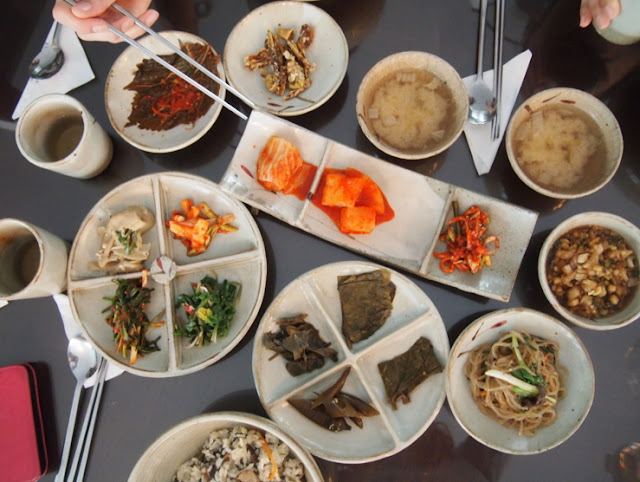 Bring your appetite, as the portions are big and homemade banchan, which include less common dishes, is unlimited. Conclude your meal with a cup of shikhye, or sweet rice punch, which, if you ask nicely, the English speaking servers are more than happy to give you seconds of.

Although technically not part of Hyeri Village, Paju English Village is just a short walk from the restaurant. Constructed to emulate a Western city, this type of English language camp has grown in popularity throughout the country, and this branch is perhaps the biggest and most well known in Korea. 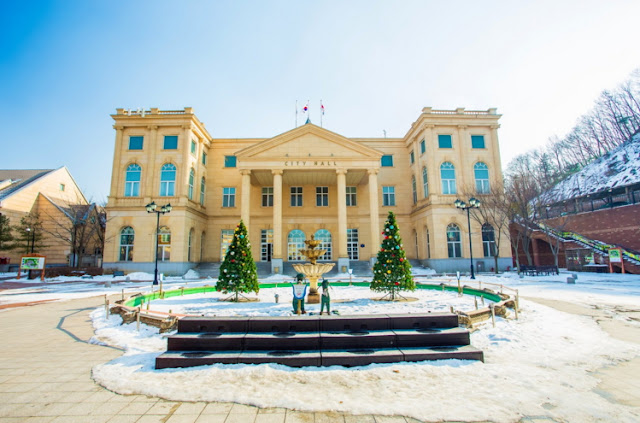 Complete with European-esque buildings that contain themed classrooms, as well as restaurants, snack shops and even a bar, it really feels like a small town.

It’s an interesting concept and worth checking out for a short bit, especially for Hallyu fans, as Paju English Village is a popular filming location for music videos, dramas, and TV shows, most famously “Boys Before Flowers” and “Running Man.”

Head back to Heyri and have a wander around the residential area that the village’s artists call home, and admire the the striking houses that, along with the surrounding low-rise galleries and museums, create a contemporary suburban atmosphere within the village. 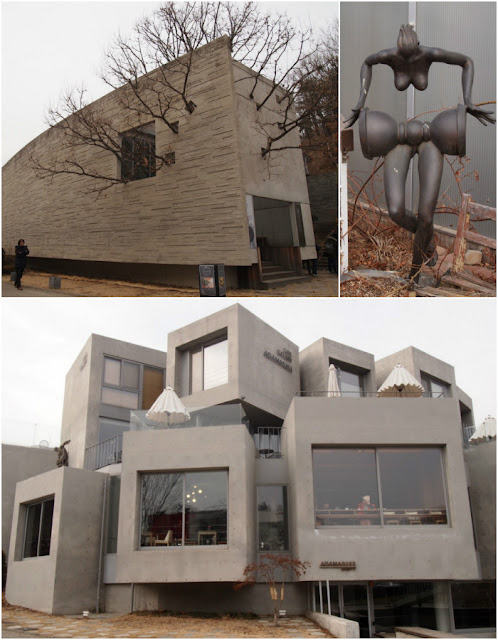 No where else in Korea will you find such a unique concentration of modern architecture. The fact that the artists live and work in the same place adds to the sense of community that the village emanates, something rarely found in Seoul. 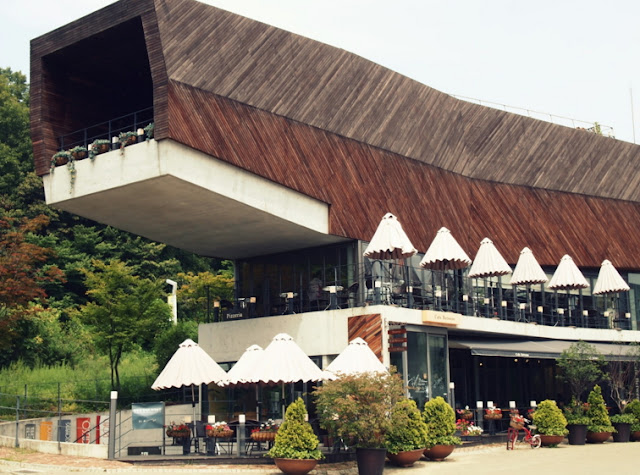 Continue along winding paths and over footbridges to admire more low-rise concrete and glass structures that, despite their modernity, are seemingly at one with nature – one of the ecological principals of Heyri Village.

The designers of the community somehow made angular buildings and steel sculptures of naked men harmonize perfectly with ponds and lilypads. This is probably why they’re the best-known architects in Korea.

After having a look around, get ready for some sweet treats, a slew of museums and galleries and some very special filming locations. Find them all in Seoul Walks: Enchanting Heyri Art Village, Part 2. (And even more in Part 3.)


Words by Mimsie Ladner of Seoul Searching. Content may not be reproduced unless authorized.