A Whole Lot of Han at the Korea House

By Mimsie Ladner on Monday, October 7, 2013
Han.  A simple word that has had many meanings over the years in the Land of the Morning Calm.

There’s the Han River.  The family surname.  The shortened form of hana, one.  Even Korea’s name in Korean is Hanguk.  And that famous Korean concept of powerful sadness, which has no literal translation in English and is a concept I won’t even begin to try to explain, mostly because I have yet to understand myself.

Recently, when the Korean Wave phenomenon started to take off throughout Asia, the word han began to represent anything related to Korea.  These days, when tourists travel to Korea, they often try to seek out as many han related activities as possible.

Fortunately for those in search of han, the Korea House, a traditional hanok/restaurant/performance center located in the heart of Seoul, has organized a cultural series simply named “Han Style.”  Three times a week until December 23, 2013, participants can learn more about Korean history and culture, all the while making some nice travel memories.

Recently, I attended one of the sessions to get my han on.

After arriving at the Korea House, we- a mix of English teachers, bloggers, company workers, locals, and travelers- were led to the kitchen where we donned colorful han-style aprons and washed our hands to prepare for the first segment of the event- hansik (Korean food experience). 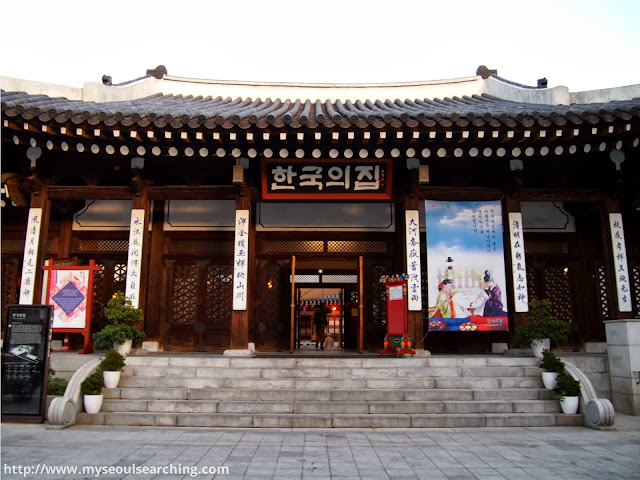 Seated at individual cooking stations, we were given a brief lesson on the cultural aspects of Korean food- the colors, the presentation, seasonal and regional ingredients- and then watched how to make bossam, slow-cooked boiled pork slices.  Bossam is definitely a favorite of mine so I was happy to learn that it’s quite easy to make, though it does take some time.  The chef giving the lesson gave us many great tips and worked slowly enough so we could all remember the details. 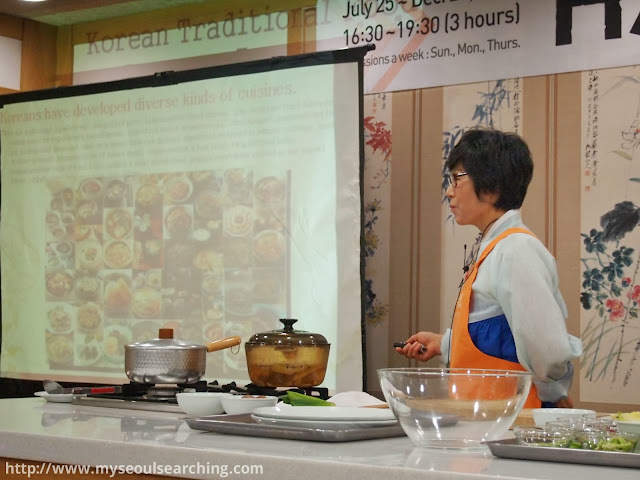 We then moved on to the next dish, wrapped kimchi.  Although there were many ingredients involved, the kimchi was also fairly easy to make; the trickier part was the beautification process.  The particular dish we were making was a favorite of members of the royal court in dynastic Korea, which meant that impeccable presentation was necessary (and sometimes even more important than taste).  We learned how to roll cabbage leaves to create a bowl-like container for the kimchi in addition to being instructed on how to add herbs, nuts, and spices as garnish to embellish the dish. 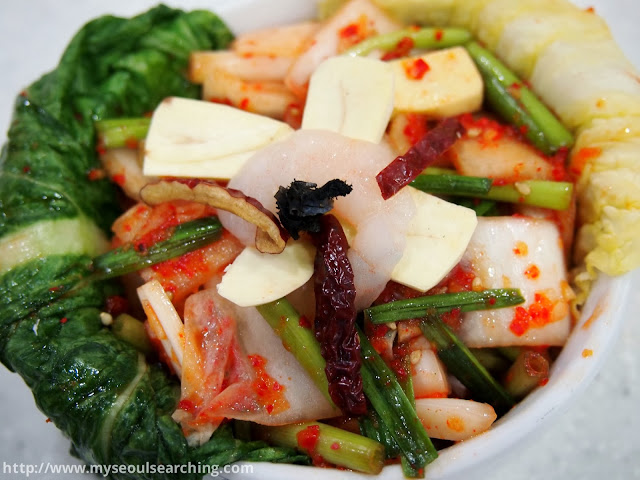 Our beautification efforts were wasted, however, as we quickly dug our chopsticks into the tangy kimchi and wrapped the juicy slices of bossam with tender cabbage leaves.  We washed everything down with a small cup (or, cups, in my case) of makgeolli.

I would have been content if the program ended here, as the cooking was definitely the highlight of the event. 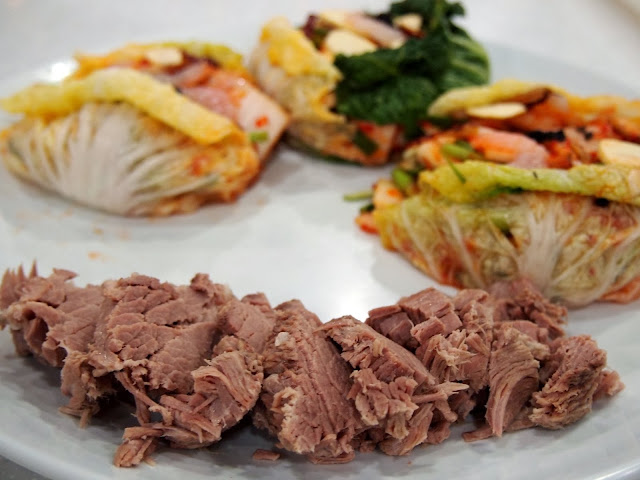 Afterwards, however, we were led downstairs to learn more about hangul (the Korean writing system) and hanbok (traditional dress).

It had been advertised that we would be taking a calligraphy class, but, as it turned out, it was more of a tracing class.  We also learned how to write our names in Korean, which I would imagine is something most tourists (but not necessarily expat veterans) might be interested in. 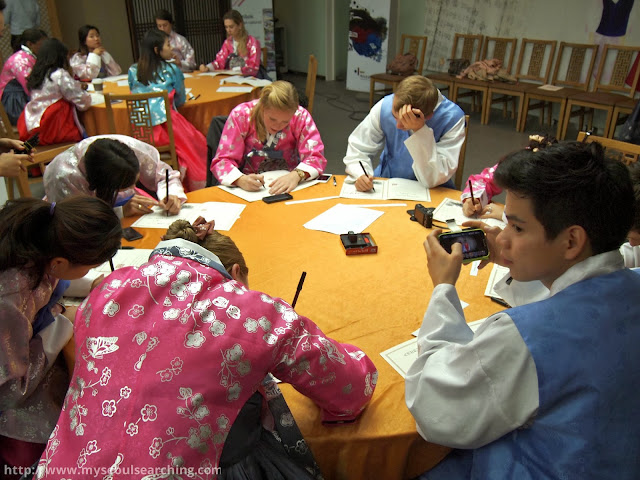 Before the night was over, we tried on royal and aristocratic-style hanbok and took group photos.  We were then given a chance to wander the grounds of the Korea House, which were particularly beautiful.  The hanok were illuminated by flood lights and the pond saturated with lily-pads provided a nice photo spot.  I found this to be a bit touristy, but I suppose for many, a hanbok photo shoot is obligatory on a trip to Korea and the Korea House is a good place to do it. 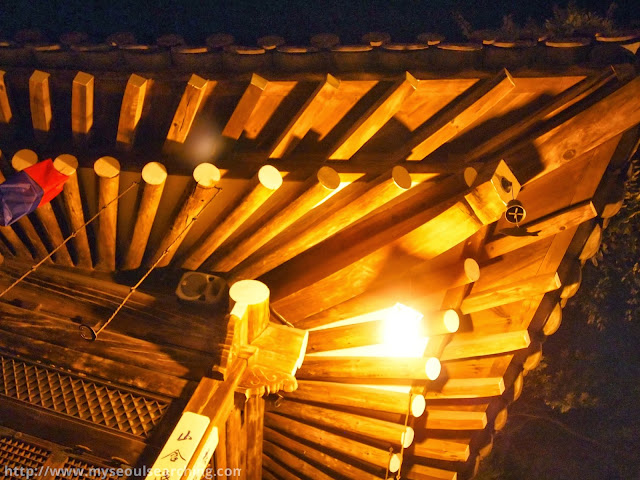 The Han Style program is a great opportunity for visitors or newcomers to Korea to experience a bit of Han culture (hanok, hansik, hanbok, and hangul) all in one place, leaving plenty of time for sightseeing, shopping, and, if you’re like me, more eating.

Information on the Korea House:

Address: 10, Toegye-ro 36-gil, Jung-gu, Seoul
Website:  http://www.koreahouse.or.kr
Get There:  Take the Seoul subway to Chungmuro Station (Lines 3 & 4).  From exit 3, make a U-turn and take a left on the road behind the gas station.  The Korea House will be on your right.