One thing that sticks out about Seoul is that it is so dynamic. One neighborhood may find you feeling as if you’ve stepped back to ancient times where a few subway stops down the line will have you surrounded by PC bangs, neon, and other urban vibes. This has become even more evident to me over the past few days.

I am finally able to enjoy a consecutive three days off from work (woohoo!) Rather than using it for some much needed relaxation, I’ve been exploring different parts of the city that I have only briefly previously visited. Unfortunately, the weather was less than perfect, but it did not keep me from enjoying myself.

Yesterday, I woke up early to spend the first part of the day in Insadong, one of Seoul’s more famous districts. Insadong is a charming, if not quaint, area of the city which consists of ceramic stores, art galleries, various restaurants, teashops, and souvenir stores. Many, many souvenir stores. Special performances and traditional music can be enjoyed by all each weekend, when the streets are closed off to vehicles. Although touristy, I can’t help but love this area, as it emanates an old world charm not found in other districts. Insadong boasts the only Starbucks in the world that has a different sign from its traditional English logo. The government felt that it would be too commercial looking for the main street in th area, so it is written in Korean. 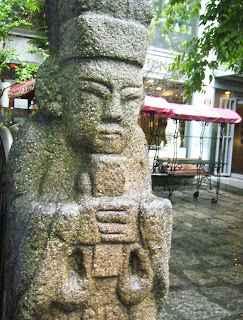 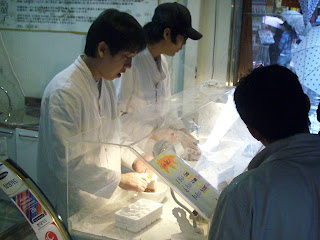 Entertaining guys making “Dragon’s Beard“, a traditional Korean court cake enjoyed by the kings made from honey, sugar, and chestnuts- really cool to watch and even more enjoyable to eat. Yum. 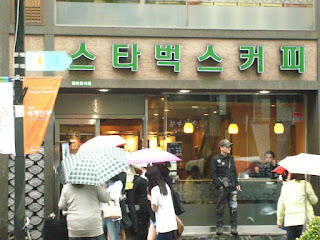 The facade of Starbucks, lacking the usual logo.

My favorite thing to do in Insadong is to wander the back allies that seem to wind amongst buildings forever; you are bound to discover something fantastic off the main street. Not long ago, a few friends and I enjoyed tea at “The Moon Bird Doesn’t Think Only of the Moon.” What a name for a tea house, eh? Everything about it, from the caged songbirds chirping as you entered to it’s rustic interior to the delicate serving of the incredibly delicious tea and court cakes, was amazing. It was, like most other jewels of Insadong, tucked away in an obscure location one would only find wandering about. 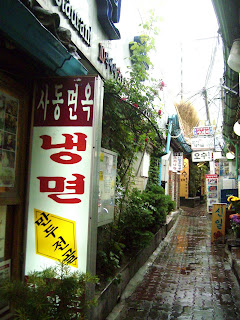 One of the many allies stretching out from Insadong-gil. 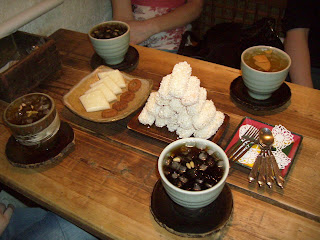 Later in the afternoon, I met a tourmate from a trip I took to Europe last summer. It was so great being able to see a familiar face, and to be able to hang out with a local. We made our way to Hongdae, the area in which Hongkik University is located. Just walking down the street, it was easy to see that it is a district of young, MTV-generation, fashion forward college students. Our first stop was the B-Boy Theater to see “Ballerina Who Loves a B-Boy“, a non-verbal musical that has been extremely popular in Korea for the past few years. I’d describe it as a blend of Center Stage-meets-Save the Last Dance-meets- America’s Best Dance Crew. While there was a story line, the focus was on the ridiculously awesome dance skills of the performers. I was absolutely amazed by some of the dance routines, which varied from popping-and-locking to ballet and everything in between, set mostly to American music. The energy was high, and the scenes were both funny and emotional, despite the plot falling a little short. The theater was intimately small and we were fortunate enough to have front row seats. The performers were very interactive with the audience, so some of the dances were literally in my face. Masks appearing out of darkness under black lights certainly added to the element of surprise. I’d definitely see this show again. 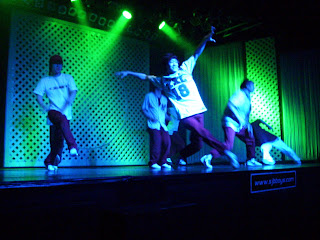 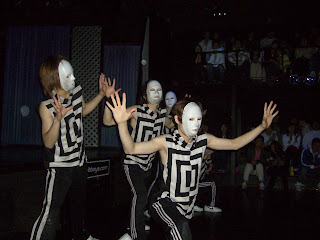 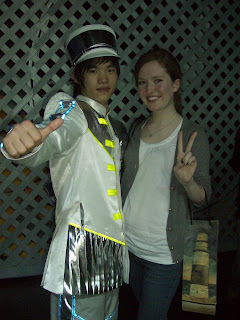 Me and one of the b-boys after the show.

After the play, Hyunji took me to get some Korean food, including tteokbokki, Korea’s most recognized street food. My favorite was the octopus and onion pajeon that I inhaled at a cozy bar in the heart of the nightlife of Hongdae, not forgetting to mention the tasty rice wine that we washed it all down with. We took a last stroll down the main strip, watching drunken college students sing their hearts out through the glass facades of the high rise noraebangs and dodged crazy drivers on neon-clad motorcycles before saying goodbyes at the subway. 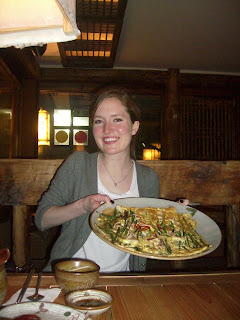 Seoul is always changing, as is the rest of the world, but it’s nice to see efforts made to keep some things the same.

A video I took of one of the scenes from the performance. Not very good quality, but you can get an idea of what it was like.
0
Previous Post
Next Post